Photos (when we tried to get them…) By: @xSvmSingx

The city lights of Kingston flickered as if it was anxiously awaiting having its stories being shared at 6B Skyline Drive. While she anxiously waited, the mood was much lighter as movie enthusiasts and creatives filled every corner of Skyline Levels for New Wave’s Movie Night. Blankets, pillows, and folding chairs lined every corner creating an intimate atmosphere to witness the cinematic genius about to unfold.

The night’s agenda saw the viewing of three films, Nile Saulter’s “Fever Dream“, the premiere of Joshua Paul’s short film “Kinto“, and the feature presentation by Storm Saulter’s “Better Mus’ Come“. At 9PM the lights dimmed to usher in the first short film, “Fever Dream“. The 12 minute film shared the endeavours of a Scrap Metal Collector whom though down on his luck, still dreamed of something more. The ending was one that left you wanting more.

After the first film, the featured Filmmakers sat down for a panel discussion where they shared the reasons they to tell these particular stories, and how long it took to produce them. For Nile, “Fever Dream” was his entry into a JAMPRO competition that took one day to film, a revelation that solicited gasps of shock from the audience. For Joshua Paul, “Kinto” was inspired by the window washers he passed on his daily commute to work. Production for this took 5 months,and filming was done in Kingston. The feature film, “Better Mus’ Come” was based on the Green Bay Massacre that took place in 1978. Storm expressed his dismay about learning about this event in a book, written by a non Jamaican, which later served as his motivation to bring the events leading to the massacre to life on the silver screen. The major challenges he faced were not with recreating 1970’s Jamaica, but the political opposition. Many of the key players at the time of the event were still alive or revered.

All three stories were well written and well produced. They all captured elements of the Jamaican story that needed to be told. They were raw, at times gritty and honest. Kudos to New Wave for this event as an avid lover of movies and Jamaica Culture, it was a pleasure to experience their display in such an intimate way.

The New Wave Movie Night was nothing like any other I have experienced. There was musical juggling, free popcorn on entry, a Bar, and a Vendors’ Pavilion where brands such as The Street Supply Co. and 1ndividual had products available for purchase, and Kamila McDonald had copies of her book, “Wake Up & Live” on sale).

Check out some of the highlights below, and show us some love on Instagram at @13thStreetPromo, @ShannyDeLionessDeBlog, and @xSvmSingx. 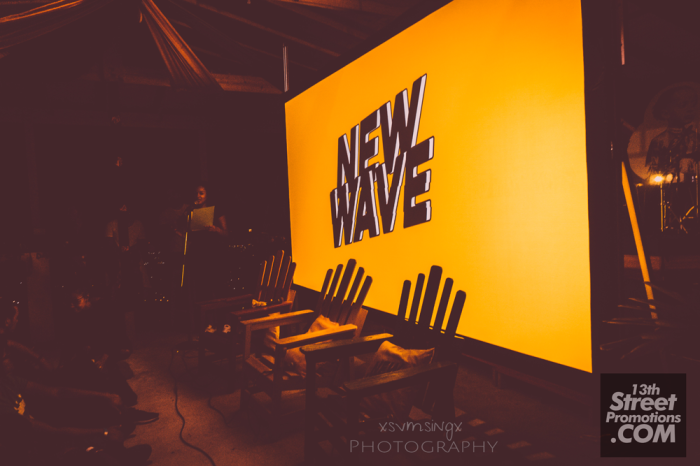 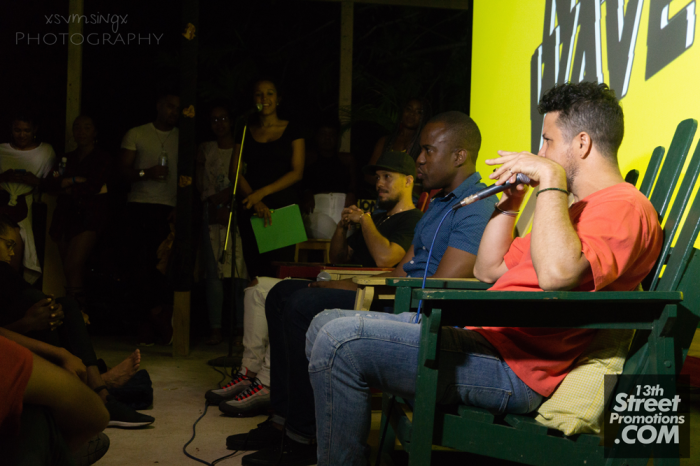 6 thoughts on “We Pulled Up To: @TheNewWaveJa’s Movie Night!”