It’s taken me a little while to get around to checking this project out but i’m finally hip. First Coast Jamaica describes aficionados like myself who are obsessed with paving the way for an underground movement which clamors for a mainstream boost.

Montego Bay native/South Florida based Daley has compiled Savage EP as a way of communicating this whole idea that Kingstonians cannot call all the shots where the game is concerned. With only a couple months since “Know My Intentions“ by MoulaUE [featured on the project], Savage was released at an ideal time to get the place lit right before Summer ’16. I would personally call this 8-track project a smooth spin on this wave of future trap. It comprises of elements that TDE fans might enjoy with a production vibe which reminds me of SABApivot’s work. Without further adieu…

END_OF_DOCUMENT_TOKEN_TO_BE_REPLACED

Yesterday, Bajan Recording Artist/Producer Jus D celebrated his birthday. In addition to the festivities, he released his latest single titled “Camilla“. With him handling Production, this is a uptempo single dedicated to all the Camillas in the world. For the women that love all genres of music, for those who know how to move those hips to the beat, for those who know how to steal the show with just appearing, this is for you! Jus D has been on a run lately with his previous singles and has been making lots of noise as well. If you haven’t been familiar with his Future Soca sounds, today is the day! Check out the track below and share your thoughts in the comments section.

END_OF_DOCUMENT_TOKEN_TO_BE_REPLACED 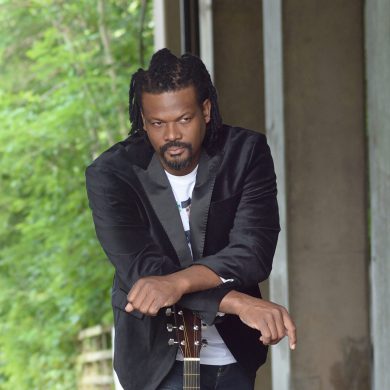 Revolutionary spirit I Am Malakhi is currently promoting his latest song “I Alone”. The song is a reflective piece that was produced by renowned label, Music Tower Production. The track has garnered a lot of attention on both the local and International market and so far the feedback has been positive. “I Alone” was entered into the “What’s the Verdict Saturday” show on Roots FM and won by popular demand. The song has also been in regular rotation on stations like RJR, Suncity Radio and ZIP FM.

I Am Malakhi is elated about the positive response that he has been receiving so far and had this to say, “Every fibre of my being is about positivity and upliftment and I use my music as the medium to spread my message. I am happy that my music has been reaching the ears of many and I am forever grateful for the great responses that I have been getting. My journey continues and I will be putting out more songs of this nature for my growing fan base.”

The multifaceted recording artiste performed a magnificent set at the JAM Fest Show in Birmingham on August 6 and even though he wasn’t scheduled to close the show, the task fell on him when headliner Luciano was a no show. “I was grateful for the opportunity to close the show. Luciano was advertised as the main act, but I had to step up to the plate when the organizers learnt that he had missed his flight.”

I AM Malakhi performed at the annual Birmingham Sports and Cultural Day on the 28th of this month. “I have few shows to look forward to for the rest of the year. I want to use this avenue to thank everyone who has been supporting my music and especially for cheering me on at my shows. Look out for more to come from I Am Malakhi.”

END_OF_DOCUMENT_TOKEN_TO_BE_REPLACED

Jamaican Rapper Five Steez started off his “HeatRockz” season with biweekly premieres, and today the wait is over as he and Producer Mordecai Beats finally unleash their “HeatRockz EP“! Featuring 5 tracks, Steez aims to promote the “True School“, and bring that Boom Bap Rap that hasn’t been very present in the Hip Hop scene. With Rappers Nomad Carlos and Sosa being the only featured guests, Steez delivers bars upon bars over Mordecai’s vast Production and proves there’s no slowing down soon. The project will hold fans over until The Council, the super group that consists of Five Steez, The Sickest Drama, Inztinkz, and Nomad Carlos, complete their debut project. Artwork by Scotty Dreamz! Have a listen to the project below and share your thoughts in the comments section.

END_OF_DOCUMENT_TOKEN_TO_BE_REPLACED 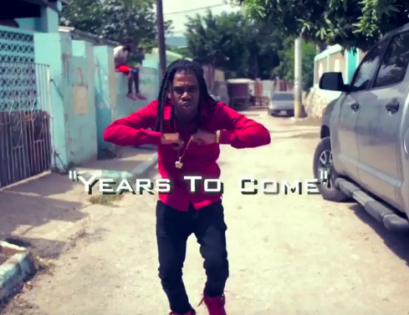 Recording Artist Jahmiel celebrates his birthday in fine style as he debuts his music video for “Years To Come“. Directed by Warrior Films, Jahmiel speaks to those that turned him and others away when they wanted the help to be successful people, and states that in years to come they will be great without them. He also encourages listeners to follow their dreams and never let people be obstacles on their journey. In the video he highlights himself and others as children working on their dreams, the challenges they’ve faced, and now the result of their determination. Jahmiel has come a long way in his career and to finally see a rapid rise in his popularity is really a blessing. He is currently cooking up his “Khemistry” project with Quantanium Records, and has recently revealed his new “[P]atriotz” movement. Happy Birthday Young Lion from 13thStreetPromotions.com! Check out the video below and share your thoughts in the comments section.

END_OF_DOCUMENT_TOKEN_TO_BE_REPLACED 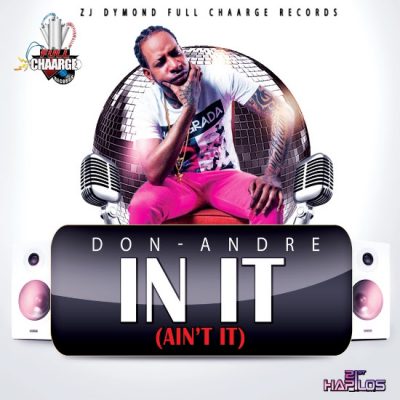 Hot newcomer, Don Andre is keeping his momentum on a high with a brand new release titled, “In It (Ain’t It)”. The track premiered earlier this week on Jamaica’s popular radio station, Zip FM.

Don Andre explained what the song was all about, “The term “In It (Ain’t It)” is just an English figure of speech that is frequently used amongst youths aging from as young as five years old. People outside the UK are usually fond of this slang, so I thought it would a great idea to make a song about the term, “In it”.”

“In It (Ain’t It)” was produced by prominent radio personality, ZJ Dymond’s Full Chaarge Records. The single will be available via all major music outlets for pre-order on September 9th, with an official release on September 23rd. The track is distributed by 21st Hapilos.

Don Andre came to prominence via his remake of the Shabba Ranks classic, “Needle Eye”, which peaked at #1 in Costa Rica. He has been nominated as Best New Artist of the year for the prestigious IRAWMA, among other awards. His ”Tom Cruise” single and dance move are also top contenders in their relevant categories.