After starting off the 4th quarter with new music from Scantana and Saine, Kingston based DZL Records strikes again with more music in time for the holiday season. The pandemic hasn’t stopped the Dale “Dizzle” Virgo founded label from putting out good music, and with new releases from Scantana and Seanresy, listeners will be in for a bonus.

Having made waves with “Goodie Goodie” recently, Scantana gives listeners another track to close the year off with in the street anthem, “Money Mecca”. Teaming up with Dale Virgo again, Scantana showcases lyrical dominance here with witty lines and adds some fun to his new street single. “Money Mecca” was originally titled “Money Mekka (Money Maker)” according to artist, but he decided to play on words as he deejays about being on the hustle in the Island that has birthed so many hustlers. With lines like, “Mi up like 747 24/7, mi fi start hustle 8 but mi deh deh fore 7, get it fi three five me a sell it for 7, tilli money tally like AK4…”, Scantana’s title as “Di man wid di most Grammar” is immediately confirmed as his skillset has been proven to be unmatched. “Money Mecca” is the 2nd single off Scantana’s “4WD (4 Work Days) EP” which is slated to be released in early 2021. Born Kibwe Lawrence in Central Kingston’s ”Tel Aviv” area, Scantana is a Rapper, Motivational Speaker, Actor, and Screenplay Writer. He found a love for music at an early age, wrote his first song at the age of 12, and went on to make a name for himself in New York’s South Bronx neighbourhood, and in Jamaica. He has shared the stage with the likes of Ma$e, Foxy Brown, SWV, and many others, and has collaborated with the likes of Anthony Red Roze, PseudoKhule, Serani, and Bugle.

Following Scantana is Seanresy with his latest single, “Fly Away”. Produced by Dale Virgo, Seanresy shares his need of wanting to get away from many things and situations that have been holding him and many others back. Not only does he reflect on his past experiences with poverty and those who have tried to hinder his growth and success, he shows that he is determined to not let them get in the way of him becoming a great man. The song finds him not only deejaying but singing on the chorus, and listeners will instantly connect with him and relate to the lyrics. Seanresy hopes that listeners will find some motivation in “Fly Away”, and help to propel the song to various parts of the globe. Born Shawn Baccas in Penwood Estate in Kingston, music found Seanresy’s interest from an early age. Mentored by the late King Tubby, Seanresy has been blessing the world with great releases like “Bridges”, “Join Hands”, and “Preach War”.

Scantana’s “Money Mecca” and Seanresy’s “Fly Away” is now available on all digital music streaming platforms through DZL Records. For updates on upcoming releases and more, visit DZLRecords.com, and follow the label on Twitter and Facebook at @DZLRecords, and on Instagram at @DZLRecords876.

END_OF_DOCUMENT_TOKEN_TO_BE_REPLACED One of the key elements to a good song is its production. While lyrics can do so much, the rhythm channels them to those who can hear. Today on Oldies Sunday, we want you to move to the rhythm. Going back in time, we check out legendary Trumpet Player Baba Brooks and his Band’s “Guns Fever“.

Arranged by Baba Brooks and released through Treasure Isle and Island Records in 1965, this Ska number was purely instrumental sprinkled with bits of scatting and gunshot sound effects. Baba signature Trumpet could be heard throughout the high tempo track that you can’t help but dance to. No words, just vibes. “Guns Fever” went on to become one of Baba’s well known releases, and Baba and his Band went on to work with the likes of The Skatalites, Derrick Morgan, Stranger Cole, Alton Ellis, and many more. The 60s was filled with beautiful instrumentals, and Baba Brooks had a hand in plenty of them.

END_OF_DOCUMENT_TOKEN_TO_BE_REPLACED The duo of Jamaican artists KinDah and Dash D make up the Friday Night Cru. No stranger to the Blog, the group has been working its way up to becoming a prominent name in the new generation of artists on the Island. With influences ranging from Jazz to Dancehall to Hip Hop, they have resulted in unique tracks that helped to boost the group’s profile and following. Looking for another banger, FNC released, “Look At Your Body (LAYB)“.

Produced by Harry Hunt and featuring fellow Jamaican artists Zac Jone$ and PRG Kid, we get a Trap-Hall track by the Cru that should get you moving during this “Holiday Stay Inside Party” season. With each artist dropping sensual lyrics for the ladies, expect this one to cause a change in temperatures as well. Whether its high energy or chill vibes, the Friday Night Cru will make it happen. Get your Playlists ready.

END_OF_DOCUMENT_TOKEN_TO_BE_REPLACED 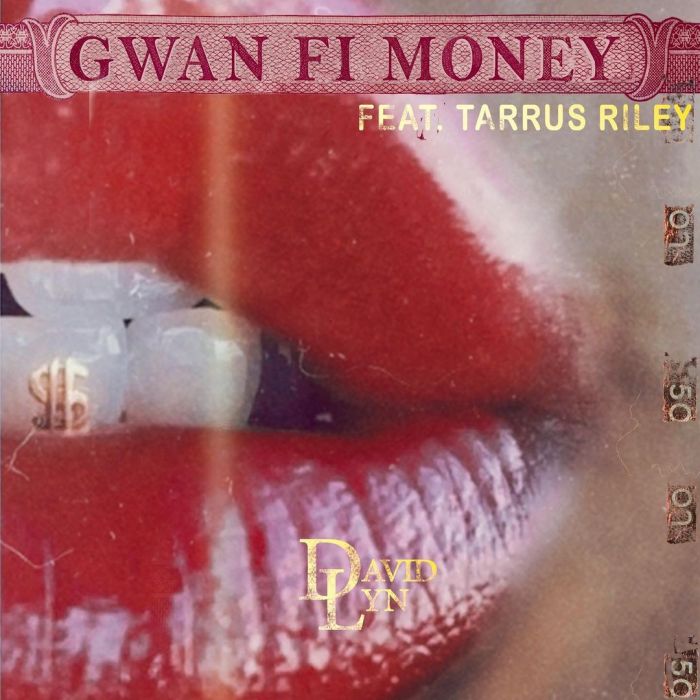 This is for the ladies who are about stacking up the dollar bills! Having made noise all year, David Lyn is ready for more as his “Any Day Now” EP is a few steps away from official release. We featured his motivational single, “Keep Moving” recently, now he follows up with the single, “Gwan Fi Money“!

Produced by NeriBeats and Izy Beats (with Guitar by Gabrielle “GG” Stok) and featuring “Singy Singy” a.k.a. Tarrus Riley, David Lyn and Riley make fire here as they speak on dealing with women who are all about that money. If the discussion doesn’t have dollar signs in it, leave those ladies alone! This goes out to all the hardworking independent women out there, especially those who make it happen during this worldwide pandemic. Accompanying the single is a music video directed by Noorez “Nunu” Rhemtulla, and shot at the Villa Jamille in Port Antonio, Jamaica! David Lyn has a lot more niceness in store, but you have to wait till his EP drops!

END_OF_DOCUMENT_TOKEN_TO_BE_REPLACED

The next conversation on Sunday, November 29 at 4 PM is titled Dancehall Reggae and the Nettleford Effect.  The sounds and movements of Dancehall Reggae music scores the landscape of Jamaica’s cultural identity. Rooted in the Afro-Jamaican Kumina and Mento traditions, this form of popular music is among the country’s largest exports. The Honorable Rex Nettleford, OM, FIJ, OCC – a Jamaican scholar and choreographer, and co-founder of the National Dance Theatre Company of Jamaica – shared philosophies on the importance of contemporary Jamaican music and its linkage to pre-colonial African societies. He expressed these philosophies through dance theatre and a rigorous support for the arts in academia, as well as in the shaping of Jamaica’s national identity.

Sunday’s conversation brings together three beneficiaries of Nettleford’s legacy for a conversation on how Dancehall Reggae shows up on the Jamaican stage: Orville “Xpressionz” Hall, artistic director for Theatre Xpressionz and chief judge for Jamaica’s number one dance program “Dancing Dynamite”; Marlon D. Simms, Dean of the School of Dance and Artistic Director for the National Dance Theatre Company of Jamaica; and Neila Ebanks, a dancer, choreographer and educator considered one of the Caribbean’s most innovative performing artists. The conversation is moderated by Jamaican-American theater entrepreneur, actress and director Akiba Abaka.

Upcoming programs in the series include:

QUEER NARRATIVES FROM THE JAMAICAN STAGE

LEADERS OF A NEW STAGE

AFRO-FUTURISM AND THE JAMAICAN STAGE

END_OF_DOCUMENT_TOKEN_TO_BE_REPLACED

D-Feezy has kept his work ethic at the highest capacity all year. With plenty music to choose from this year, he is doing his part in providing the entertainment that many of us need. Having dropped 2 projects this year, he’s looking to provide more content before the year is our. For the holiday season, he has ambitions of living the “Rich Life” in new video.

Directed by TBE Studios, D-Feezy is seen partying it up with his people as he shares what he has been envisioning in his pending rich lifestyle. He also keeps it gangster as he lets listeners know that if it wasn’t for him and his crew, some lives wouldn’t have been easier as he makes the moves necessary to keep things in order. We all want to live a life that’s luxurious with all our problems solved with the press of a button. For some it’s easy to attain but for others, you just have to work a lil harder for it. Be sure to tune in to D-Feezy’s music, and follow the “Awah Nation“!