Recording Artist Rhiya Luna uses her talents to share her thoughts, her moods, and her experiences. While her life is far from perfect, she makes efforts to have some balance. With life being filled with unexpected moments, it can take a drag on you mentally, physically, and spiritually. Rhiya shares her journey of getting back to the good place on the new track, “Peace Of Mind“.

Produced by VoxGad Music, Rhiya Luna shares the ups and downs she has been experiencing in her life. Every day has its challenges, but she is working hard to overcome her troubles so she live her life to the fullest. In today’s society, Mental Health has become a much talked about topic, and experts have been lending their hand in helping people overcome their burdens, and move forward in a positive way. Rhiya Luna keeps her head high, and uses her. music as a form of therapy till she’s back where she belongs. Pray for your friends who are facing their own battles.

END_OF_DOCUMENT_TOKEN_TO_BE_REPLACED 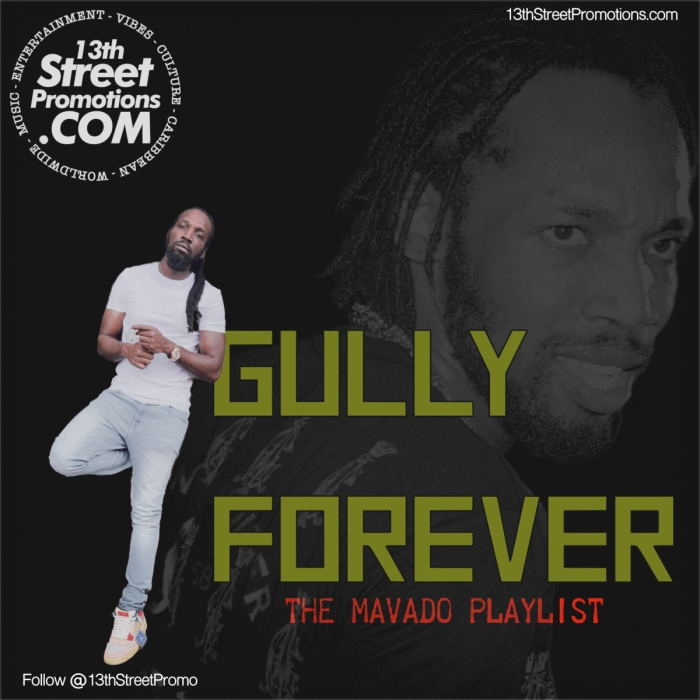 Today, November 30, we celebrate the birthday of a Dancehall legend. Many know of his many aliases including Mavado the Gully Gad, but his parents named him David Constantine Brooks! Mavado celebrates another year of life on Earth, and we celebrate his many works with our newest Playlist in a long while called, “Gully Forever: The Mavado Playlist“!

For over 9 hours, we bring to you some of Mavado’s greatest tracks. From breakout singles, to International collaborations, to even beef tracks, Mavado has done a lot of work for Jamaican music. Mavado has been influential to the culture, and has his place in being a part of one of Dancehall’s greatest beefs with Vybz Kartel, and forming an alliance that has divided Jamaicans for a long time. Salute Mavado wherever he is!

CHECK OUT OUR OTHER PLAYLISTS HERE!

END_OF_DOCUMENT_TOKEN_TO_BE_REPLACED 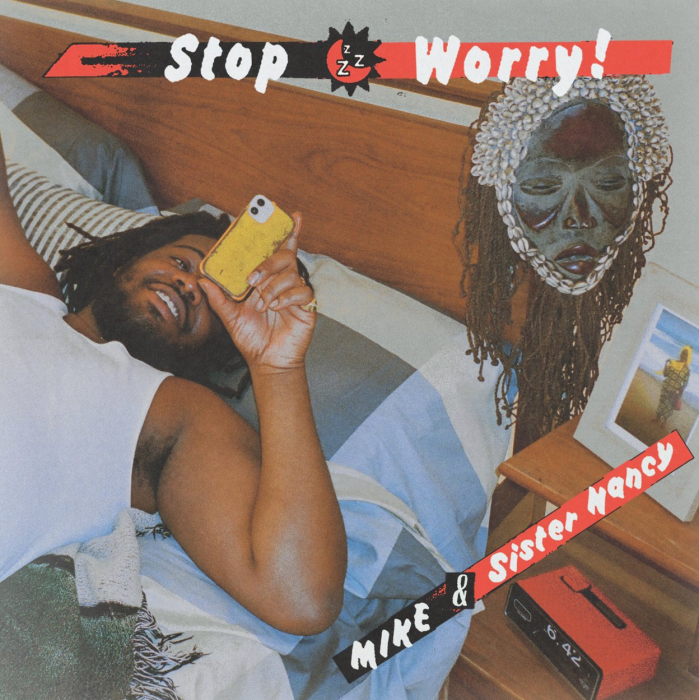 New York-based Recording Artist/Producer MIKE is an Artist who has been making his name over the years providing unique tracks, and hard hitting production. A founding member of the sLUms collective, he looks to release a new project in the coming weeks. As a part of the rollout, he teams up with a Jamaican Dancehall legend on the track, “Stop Worry!“.

Featuring Dancehall’s 1st Lady Sister Nancy, MIKE shares some bars about his everyday life, including some experiences. Sister Nancy steps in with some wise words throughout the song, emphasizing that we should wake up, and rise up from all the craziness that’s going on in the world. The track was produced by DJ Blackpower, and was accompanied by a Music Video directed by Ryosuke Tanzawa. Shout out MIKE’s t shirt. “Stop Worry!” is a unique collaboration between MIKE and Sister Nancy, and will be featured on MIKE’s upcoming 8th studio album, “Beware Of The Monkey“.

Want to hear some Sister Nancy and how influential she is? Check out our “Sampling Sister Nancy” Playlist!

END_OF_DOCUMENT_TOKEN_TO_BE_REPLACED On Oldies Sunday, we celebrate Icons, and the songs they have created. For today’s Oldies Sunday selection, we highlight a Palmer who has made great contributions to Dancehall. His mama named him Christopher and he started out as Lexxus, but the world now knows him as Mr. Lexx (Mr. Lex as well)! We go back in time to check out the track, “Full Hundred“.

Produced by Richard “$hams” Browne for B-Rich Records on the “Orgasm Riddim“, Mr. Lexx was all about living life to the fullest on “Full Hundred”. A song that was motivational, Mr. Lexx emphasized that whatever he was doing in life, he was going to give it his all, and you should too! Nothing but the best for Mr. Palmer. “Full Hundred” quickly gained popularity following its release, and was one of the top singles featured on the “Orgasm Riddim”, which also spawned a few hits. A music video was made for “Full Hundred” that gained mostly positive reviews, and was premiered on Jamaica’s “Entertainment Report” television programme in 2000. The track was featured on Mr. Lexx’s 2005 debut album “Mr. Lex“.

Since the release of “Full Hundred”, Mr. Lexx went on to enjoy a career that gained him a few more hits over the years. He found himself in a few controversies and even a few beefs, and dabbled in Radio and Television as a Media Personality, but he remains one of the more entertaining names today, and thanks to Social Media, he has gained an audience that continues to grow. He is also watching the rise of Recording Duo The Yutes, who happen to be his sons. “Full Hundred” remains one of his most well known singles.

THANK YOU MR. LEXX FOR THIS HIT!

END_OF_DOCUMENT_TOKEN_TO_BE_REPLACED 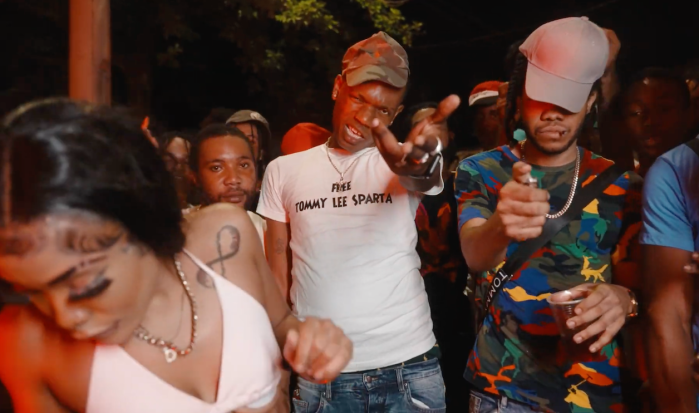 Dancehall Artist Valiant continues to keep his name hot in the streets thanks to his viral hits “Dunce Cheque” and “Speed Off“. Now is his time to dominate, and he’s not letting the foot off the gas anytime soon. With the holiday parties just around the corner, he wants the people dancing to “Guzu Bunx/Fada Rock“!

Featuring incarcerated Dancehall Artist Tommy Lee Sparta, Valiant connects with the Sparta Boss for a vibe here. Their collaborations were long coming, and they did not disappoint here. With a music video directed by KhingCam, it’s a party, and everyone’s invited. While Tommy Lee is noticeably absent, Valiant sports a “Free Tommy Lee Sparta” t shirt to show respect. If you’re ready to learn a few dance moves, get familiar with the Guzu Bunx and Fada Rock today! Kotch e hat responsibly.

END_OF_DOCUMENT_TOKEN_TO_BE_REPLACED 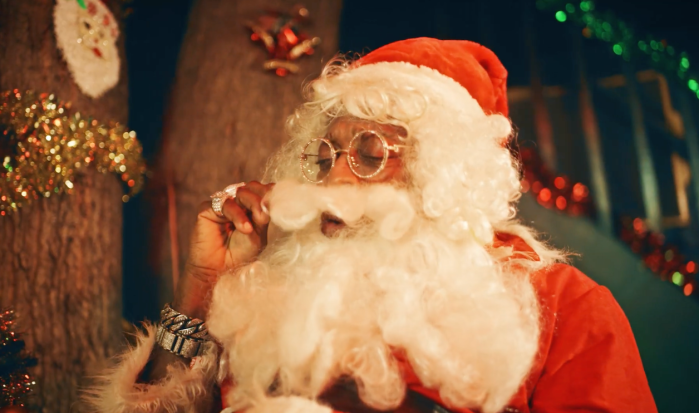 There was a time when Dancehall Artists ensured that a Christmas song was a part of their catalogue. Some of our favourites would send it out early so that we could catch on to it just in time for the holiday parties, and the tunes would quickly become hits. For some time, that side of Dancehall died down, but the “Energy God” Elephant Man is here to revive it with the video for the Younger Generation Productions-produced track, “Sling”.

Directed by Simeon Di Great, Elephant Man returns as Santa Claus to bring good tidings, and a whole heap of dancing! With his Dancers ready, Ele kicks off a few dance moves including the introduction of the “Sling” dance, and remixes the classic “This Old Man” to get us in a vibe. Elephant Man grants wishes of dance during a time where the Choppa songs have taken over the scene, and looks to incorporate even more dancing back in Dancehall. Let the holiday parties kick off in fine style, and done the “Shizzle” way!