The “World Boss” Vybz Kartel has never denied his role as a “Ladies Man“. From numerous lyrics showing off his escapades with them, to having a Reality Show where Women competed for his love in “Teacher’s Pet“, Kartel is definitely a “Gallis from birth“. Today he further proves it with his visual for “Colouring This Life“. Directed by WAM, while Kartel isn’t present in the video for obvious reasons, viewers can see a wonderful selection of beautiful ladies as they add eye candy to the single that has been burning the airwaves these past few months. From showing off their skin tones, Tattoos, beauty, to dance moves on the beach, it would be rather difficult to just pick one. Off Vybz Kartel’s “King Of The Dancehall” album, check out the video below and share your thoughts in the comments section.

END_OF_DOCUMENT_TOKEN_TO_BE_REPLACED 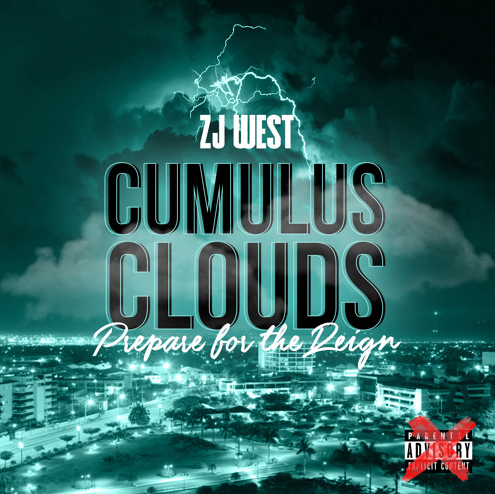 While Hurricane Matthew looks to stop by Jamaica for a couple beers and some good food in a couple days, we’re here preparing for his arrival but ensuring our living areas are secured and we have ample supplies. ZIP 103 FM’s ZJ West on the other hand wants to welcome his arrival with his brand new mixtape titled, “Cumulus Clouds“. Featuring over an hour of Dancehall singles and remixes, you can bounce to this one while you dodge rain drops and light candles. With all the hits playing at high volume, don’t be surprised if Matthew calms down and bust a few moves. We at 13thStreetPromotions wish you all the best during this natural disaster, please stay safe! Check out the mix below and share your thoughts in the comments section.

END_OF_DOCUMENT_TOKEN_TO_BE_REPLACED 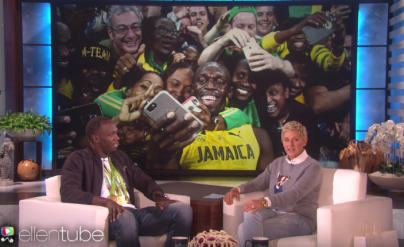 Usain Bolt continues to take over US Media by stopping by your favourite TV and Radio shows for Interviews. Earlier he stopped by The Ellen Show to have a chat with Host, Ellen Degeneres. Here Bolt spoke on Rio 2016 and comparing the popularity received to previous events, creating Olympic history, adopting a Cheetah, and are Wedding Bells in the air for Bolt? Although Ellen received some backlash for a joke directed at Usain earlier this year, it’s pretty cool that they brought it back up at the end. Check out the video below and share your thoughts in the comments section.

END_OF_DOCUMENT_TOKEN_TO_BE_REPLACED 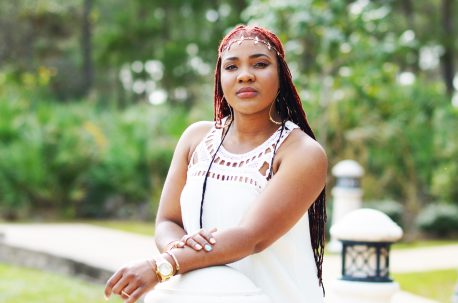 Isha Williams was a Toddler in the early 1990s, a period of cultural awareness in Dancehall led by a phalanx of Artists, including her father, Everton Blender. Strongly influenced by his message, she followed his path into music as Isha Blender. Her first EP, Epiphany, will be released in October. It contains seven songs with Don’t Be Used, an acoustic number, being the lead.

Blender first recordings began at age 12 with the first being Bad Boy, produced by her father for his Blend Dem label. She continued to record sporadically while attending Garvey Maceo High School in her native Clarendon. Shortly after graduation, she migrated to the United States, settling in South Florida where she is a registered nurse. “Because my dad’s an Entertainer, people think you have to do the same thing, but it doesn’t have to be,” she said. “I kept going away from music, but I was pulled back like magnet to steel.”

Epiphany also contains Testimony, a duet with Capleton, Tonight, Joy, and Babymother. Capleton and Everton Blender were part of the Roots Renaissance of the 1990s that was led by Yasus Afari, Garnet Silk and Tony Rebel. Everton Blender had a series of big hits back then such as Lift Up Your Head, Family Man and Blend Dem. While she counts the ‘old man’ among her biggest influences, Isha Blender says she gets a different vibe listening to different genres. Neo-soul artistes Erykah Badu and Jill Scott, as well as homegrown acts Nadine Sutherland, Etana, Tessanne Chin and Ikaya are also favourites. She is hoping Epiphany will be a career definer. “I want to be an household name as Isha Blender. At the same time I want my songs to uplift and motivate like my Dad.”

END_OF_DOCUMENT_TOKEN_TO_BE_REPLACED

Our Jamaican culture continues to be undefeated when it comes to influencing music. Canadian Recording Artist Big Lean is one of those who embraced the culture and made it a part of the music. Born to Jamaican Immigrants, he has been making noise for some time. Recently he premiered his single and music video, “Stamina“. Directed by Zac Facts, Big Lean shares a little of his “Yardie” side and speaks on his Mom wanting Grandkids, shows off that he can “Handle di wuk” once he downs a Dragon Stout, instructs his lady to “wine pon di ting“, is a “Gallis inna real life” and states “Me likkle but me tallawah“. With Producer Sevn Thomas handling the beat, this makes to be an easy going listen from Big Lean. Something to grab a gal and slow wine with. A so yuh fi wine baby! Check out the video below and share your thoughts in the comments section.

END_OF_DOCUMENT_TOKEN_TO_BE_REPLACED

Jamaica has made its way onto International Televisions once again thanks to Commercials. Recently, Cereal brand Cheerios released a series of Commercials with the focus on Family. One Commercial in particular focused on Babies and providing the soundtrack was Major Lazer (which featured only Diplo and former member Switch at the time), and Vybz Kartel’s 2009 hit, “Pon De Floor“! The Commercial featured various clips of Babies and the messages, “More Babies, Please” and “They’re Fun!” while the Instrumental to the single plays throughout. “Pon De Floor” helped to bring Vybz Kartel’s career to another level (and Financial bracket), and went on to be sampled on one of Recording Artist Beyonce’s biggest hits, “Who Run The World (Girls)“! The single was also featured on Major Lazer’s “Guns Don’t Kill People…Lazers Do” album and opened the door for many remixes. Shout out Commercial Tunage! Check out the video below and share your thoughts in the comments section.