Recording Artist Dwayne Rose recently released “Bring Yuh Body” and is busy finalizing the Music Video. The JayCrazie Records & Taffari Coke (Alpha Phi DaFraturnity Muzik Group) produced single has been making its rounds and getting a steady buzz thanks to its lyrics. Delivering something for the lovers, the production blends well with the song’s catchy hook which promotes extended Radio play, and sexually charged lyrics that will be a guilty pleasure for those who hear the explicit version.

To hold listeners over, he also released a preview video. Directed by Strugu Films with assistance from Papii Dino, and Creative Direction by Lady E, the video features Miami based Model Amelia Banks who oozes sex appeal in this 1 minute visual. Dwayne Rose’s single promises to be a hit in 2017, and the video will turn up the temperature! Check out the video and single below. 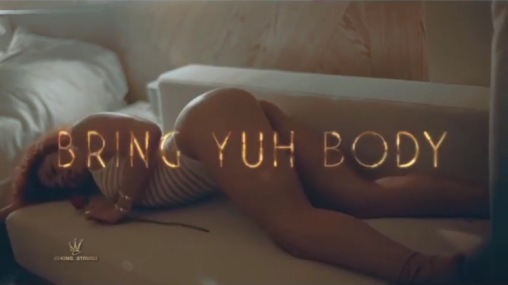