Manchester based Record Label Sponge Music continues to put out quality music, with the aim to make 2021 a year filled with hits. The label looks to collaborate with various top tier Artists in and outside the Caribbean, and dominate the charts locally, and internationally. Starting with a spark, they seek to set everywhere ablaze with Reggae/Dancehall Icon Capleton on “Burn Up The Street”.

Produced on the recently released “World Press Riddim”, Sponge Music and Capleton joined forces to deliver a song filled with powerful and motivational lyrics, with the “Fire Man” touch that has turned singles into classics. Since the release of “Burn Up The Streets”, it has gained thousands of streams across all popular digital music streaming platforms, and has been enjoying heavy rotation on radio around the world. A music video for “Burn Up The Streets” was released on June 11, featuring direction by Shot N’ Stunning. It has since become a trending video on Youtube, and has received plenty of support on social media. Sponge Music’s “World Press Riddim” was released in late 2020, and it features the singles, “Love Lost” by Jahmiel, “Real Dawgs” by Alkaline, and “Not Perfect” by Mavado. The Riddim also features singles by Bugle, Beenie Man, Shaneil Muir, and many others, and it has been hailed as one of the year’s best releases by fans.

END_OF_DOCUMENT_TOKEN_TO_BE_REPLACED 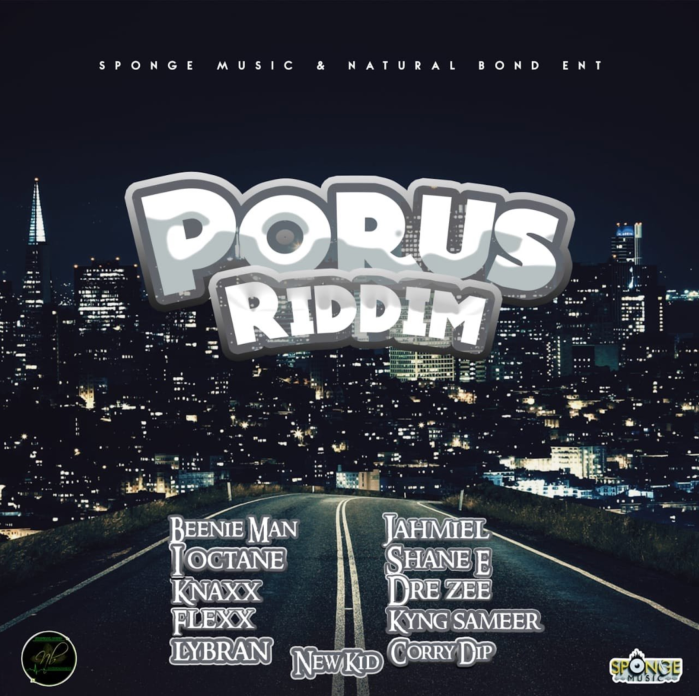 Manchester based Record Label Natural Bond Entertainment/Sponge Music, has been giving listeners samples from their latest Riddim titled, the “Porus Riddim” in the past few weeks. With Beenie Man being first to bat fresh off his Verzuz battle with Bounty Killa, he had fans asking, “Do You Wanna Be That Guy?”. Since then, artists like Lybran, Kyng Sameer, Shane E, I-Octane, and Jahmiel followed up with singles on the same Riddim. Creating a well needed buzz for the label, Natural Bond Entertainment/Sponge Music’s “Porus Riddim” is officially out for streaming and purchasing.

END_OF_DOCUMENT_TOKEN_TO_BE_REPLACED 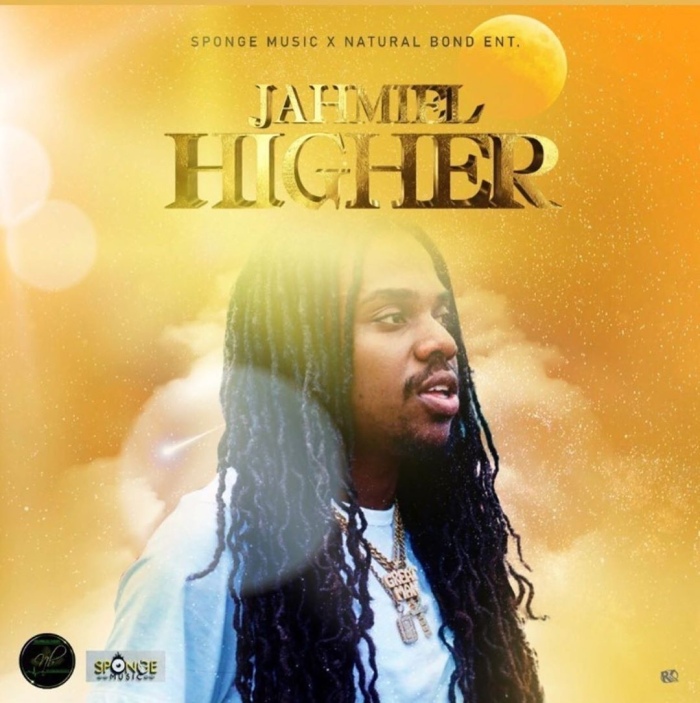 Recently, Record Label Natural Bond Entertainment/Sponge Music announced their latest compilation titled, the “Porus Riddim”. Featuring various artists on and off their roster, the Riddim is promised to be a hot commodity this summer. One of the featured artists, Jahmiel, looks to make the Riddim a big one with his latest release titled, “Higher”.

On the track, Jahmiel provides motivational lyrics for those who need it at this time. With the Black Lives Matter movement showing up all over the world and making steps to bring awareness to the injustices happening to Black people, Jahmiel’s music came at the right time with a powerful message. If Jah is there for us, who can be against us? The “Great Man” Jahmiel continues to capitalize off his career by making hits and recently releasing an EP, but his entry on the “Porus Riddim” will be one that makes a special place in the hearts of many fighting through their various struggles, and aiming to go higher.

Natural Bond Entertainment and Sponge Music’s “Porus Riddim” is available now on all digital streaming platforms, and promises to leave an unforgettable impression this summer. Check out the track below, and share with a friend. Follow us on Twitter and Instagram at @13thStreetPromo.

END_OF_DOCUMENT_TOKEN_TO_BE_REPLACED

For many growing up, the ambition is to be rich and successful. While many have yet to accomplish that, they’re still on the road to that goal. Recording Artist Lybran a.k.a. “Rum Boss” delivers some motivation today with the visual for his single, “Rich Rich”!

Directed by Shot N’ Stunning, Lybran puts away the rum, and lets us in on his moves to making the riches as the broke life is not for any of us. While many of us have ambitions to acquire and spend the foreign currencies by the boatload, Lybran also makes us aware of those who wish to stop our pursuits. Not every money is good money, and there are those who wish to harm you or a loved one for the dollars as well. For those who need a bit of a push to go get it, Lybran’s new single will help with that. From poverty to good life is the mission! “Rich Rich” is featured on Natural Bond Entertainment and Sponge Music’s “Porus Riddim” which is set to be fully released soon. To get familiar with it, check out our feature on it here.

Every Ghetto Yute haffi rich! Lyrban looks to release more music this year, including more motivational tunes. Check out the video below, and share with a friend. Show us some love/follow us on Twitter and Instagram at @13thStreetPromo.

END_OF_DOCUMENT_TOKEN_TO_BE_REPLACED

Record Label Natural Bond Entertainment/Sponge Music looks to bring the heat this summer with a heavy lineup on their “Porus Riddim” compilation. Inspired by the community of Porus in Manchester, Jamaica, the label looks to bring their homegrown sound to major parts of the world thanks to the features. With Beenie Man first to step out with the “Do You Want To Be That Guy” single last week, Natural Bond Entertainment/Sponge Music looks to turn the volume up even more with singles from their signees Lybran and Kyng Sameer, along with popular acts I-Octane, Shane E, Corry Dip, New Kid, Flexxx, Dre Zee, Knaxx, and Jahmiel.

With plans to release more Riddims and highlight more talent this year, Natural Bond Entertainment/Sponge Music looks forward to taking their company to next level, topping charts, and receiving accolades along the way. Songs featured on the “Porus Riddim” are now out, while the full compilation will be made available in the coming days on Spotify, Apple Music, TIDAL, and Deezer with distribution through Onerpm. The label also hinted that a surprise feature on the Riddim with a popular artist will be a part of the full release. They encourage everyone to make the “Porus Riddim” a part of their summer soundtrack, and a Playlist favourite. Visit their website at nbeandspongemusic.com for their previous offerings, Social Media links, and more.

END_OF_DOCUMENT_TOKEN_TO_BE_REPLACED

Fresh from challenging Bounty Killa on Verzuz’s first Dancehall battle over the Labour Day weekend, Beenie Man continues to do what he has been doing for decades, and that is to make music. Teaming up with Natural Bond Entertainment and Sponge Music, Beenie asks, “Do You Wanna Be That Guy?” on an upcoming Riddim.

Recorded over the “Porus Riddim“, Beenie Man looks back at the May 23rd event, all that has happened throughout the night, shows love to the Island that birthed him, and highlights the culture that gave him a chance. Never one to shy away from delivering witty lyrics, Beenie highlighted the event’s interruption by the Police, and made his unforgettable “Do you wanna be that guy?” statement a part of the chorus.

As the Verzuz event showcased two Dancehall giants, Natural Bond Entertainment and Sponge Music is pleased to be a part of putting together Beenie Man’s newest single after the event. A merger of two companies, Natural Bond Entertainment and Sponge Music has been on the scene for quite a few years, and is currently managing the “Rum Boss” Lybran. The “Porus Riddim” bears its name from the community of Porus in Manchester, and is the home of the Record Label. Along with Beenie Man’s single, the Riddim features new music from Jahmiel, Corry Dip, Lybran, Shane E, I-Octane, and many more.

Beenie Man’s “Do You Wanna Be That Guy?” is expected to premiere on radio this weekend, while the “Porus Riddim” will be officially released on June 5 and distributed through Onerpm. Natural Bond Entertainment and Sponge Music invite you to visit their website at nbeandspongemusic.com for their previous offerings, Social Media links, and more.