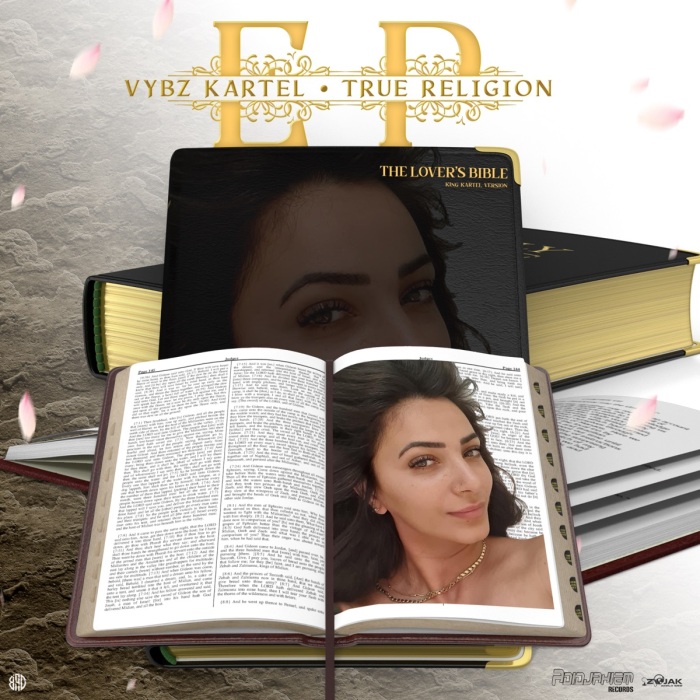 Dancehall Artist Vybz Kartel has found love again. While some may question that statement or give an opinion, it seems that not even the Prison bars could stop Kartel from forming a new bond. He has found himself love in the form of Sidem Ozturk from the Country of Turkey, and they are looking forward to making two hearts become one. In the meantime, Vybz Kartel has made a dedication to new love in the form of the new EP, “True Religion“.

Featuring 7 tracks, Vybz Kartel is celebrating Sidem, and the forming of new love on the new EP. Kartel takes a melodic approach, showing a sometimes softer side on the new project, but we still get that Vybz Kartel who knows how to deal with his Women “Romping Shop” style. Overall, it’s a project that looks to stand out like his 2020 album, “To Tanesha“, which was dedicated to his former common-law Wife, Tanesha “Shorty” Johnson. “True Religion” features production from Hemton Music, and Adidjahiem Records.

Love is in the air. Check out the new EP below, and share with a friend. Show us some love/follow us on Twitter and Instagram at @13thStreetPromo.