It’s October 31, and in certain parts of the world, Halloween is celebrated. While Jamaicans don’t celebrate Halloween (expect the American minded folks), Jamaica’s music culture has shared a few words on ghosts (duppy), monsters, demons, vampires, and those who practice witchcraft and black magic. For today’s Oldies Sunday selection, we look at those whose practices involve potions, elixirs, and spirits. We go back to a couple decades to check out Charlie Chaplin’s “Obeah Business“.

Produced by Doctor Dread on the “Heavenless Riddim” and released through Ras Records in 1991, Charlie Chaplin puts fellow Entertainers on blast as he’s aware of their unethical practices to gain fame and fortune. While he does this in a comical way, he shares his experience in meeting an Obeah Man who exposed a few of his peers who sought the Obeah Man’s services that use his “powers” to give them success. The Obeah Man also shares that some of them owe him money, and he will use these same powers to bring bad omen their way until the fees are covered. The Obeah Business has been a very profitable one for decades as people would spend exuberant amounts of money to get their wishes granted. Charlie Chaplin’s “Obeah Business” gained some popularity when it was released as the Deejay was already a big name on the scene. The single was featured on his 1991 album, “Cry Blood“. Watch out for strange powder being sprinkled your way, and stay prayed up as there are people out there who wish to see your downfall.

END_OF_DOCUMENT_TOKEN_TO_BE_REPLACED 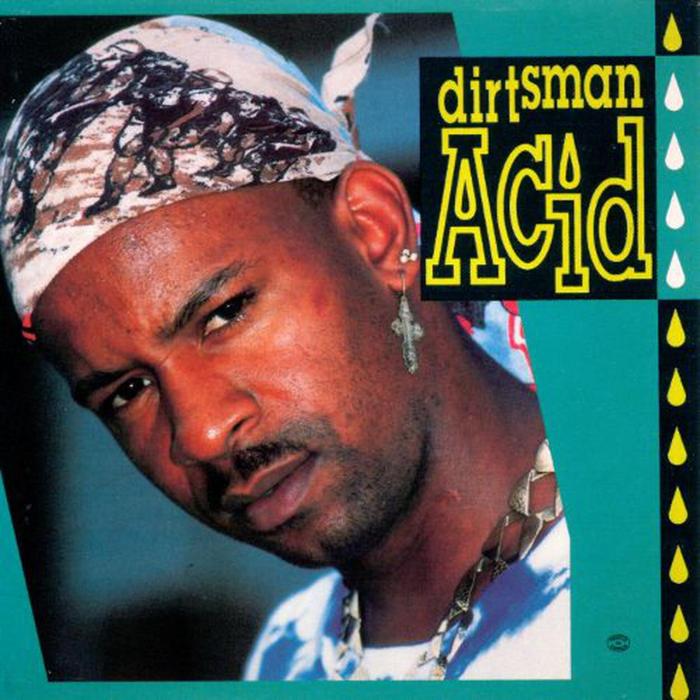 With 2020 coming to a close, we can truly say that this was a crazy year. While we don’t know what the future holds, we just have to move forward with a positive mindset. With that in mind, today’s final Oldies Sunday selection for 2020 comes from the late Deejay, Dirtsman with his 1991 hit, “Hot This Year“.

Produced by the late Bobby Digital for Digital B Records on the Drum Song/Hot This Year Riddim (there is another version that’s produced by Phillip Smart that shares similar production), Dirtsman exudes confidence on this one as he realizes his growing popularity, and his prowess as an artist. From annihilating his opponents in lyrical showdowns to being ready with the lyrics, Dirtsman was on the verge of being even greater. Sadly, he passed away on December 21, 1993 at the age of 27. “Hot This Year” was featured on the late Deejay’s album, “Acid“. While “Hot This Year” is one of his biggest songs, we dedicate it to those who see 2021 as year for growth, positive changes, building back broken bonds, and a lot more success. Keep your head up!

END_OF_DOCUMENT_TOKEN_TO_BE_REPLACED

It’s Wedding SZN! For the month of June, Oldies Sunday will feature some love songs that can be a great addition to your Wedding Playlists, and could be the official song to dance to. Today we look back at the 5 Brother group Browne Bunch (a.k.a. Brownie) and their single, “Blue Skies“! With them all handling production and released through the Island Treasure label in 1991, the brothers Danny, Glen, Cleveland, Dalton, and Noel delivered a dedication to that special someone, and letting them know that they are their life’s purpose. To have someone who knows every side of you, and to help you become a better person is truly a blessing, don’t take it for granted.

Starting out as a teen sibling music group in the 70’s like The Jackson 5 and The Sylvers, they had a short stint before disbanding later in the decade. Their paths in music after, though broad, always lead them back together. They’ve made attempts to regroup in 1983 and 2015, but scheduling conflicts have put a damper on things. Danny Browne went on to become a legendary Producer, founder of the Bloodfire Posse group and Mainstreet Records, and recently had his work sampled by the likes of Nicki Minaj (more on that here). Glen Browne has worked with Jimmy Cliff, Ziggy Marley, and Tarrus Riley and has become a legendary Bass Player. Cleveland Browne went on to become a legend himself as the other half of the production duo, “Steely & Clevie“, with an outstanding track record in Jamaican music. Noel Browne took his talents as a Keyboard Player to the UK, and has worked with many inlcuding the late Dennis Brown, Glen Washington, and Papa San. Dalton Browne has been the go to Guitarist for many, and has worked with Freddie McGregor as his Musical Director, and even worked with Akon on his album, “Konvicted”.

END_OF_DOCUMENT_TOKEN_TO_BE_REPLACED

It’s Wedding SZN! For the month of June, Oldies Sunday will feature some love songs that can be a great addition to your Wedding Playlists, and could be the official song to dance to. Today we go back a few decades with Carol Gonzalez and her single, “Spoiled By Your Love“! With two versions of this track produced by Donovan Germain, one version was released through the Rub-A-Dub label in 1986, while the 2nd version was released through Penthouse Records in 1991. The Rub-A-Dub version catered to Reggae listeners with a slow tempo and the legendary Dean Fraser playing the Saxophone while the Penthouse release was more of a Dancehall version with a faster tempo. The track was a cover of US Recording Artist Anita Ward’s single that was featured on her 1979 debut album, “Songs Of Love“. On the song, Carol spoke on a lover she could not get over, and no matter who she moved on with, he was just “the real thing“. Both versions of the song had Carol’s name buzzing locally and overseas, and received favourable airplay.

While Carol Gonzalez released more music over the years, and even scored a couple hits, she took a break to focus on her Law career (Attorney-at Law and a Judge). She came back to music for a short period in 2006 and launched her debut album a year later, but today she still practices Law.

END_OF_DOCUMENT_TOKEN_TO_BE_REPLACED

Today’s Oldies Sunday selection comes from Singer/Actor/Producer/Former Media Personality, Peter Lloyd! Titled “Dancehall Queen“, this was produced by Handel Tucker, and released through InPhyniti Records in 1991. In the song, Lloyd gets into storytelling mode where he speaks about attending a street dance when he met a young lady who seemed to stand out from the rest. He dubbed her a “Dancehall Queen” and went into conversation with her professing his interest in her. The single was also featured on his 1999 debut Album, “Transitions“.

END_OF_DOCUMENT_TOKEN_TO_BE_REPLACED

[In respect to the 17th anniversary of Biggie Smalls’ passing, my Oldies Sunday selection features a song he sampled on his first album.]

Today’s Oldies Sunday selection comes from Deejay Pan Head. Titled “Gunman Tune” with production by Lloyd “John John” James Jr. on the “Soap Riddim” and distribution by Father & Son Records in 1991, we hear Pan Head paying tribute to all the gun men in Jamaica while showing disrespect to informants (or snitches). He also speaks on the different communities that the gunmen reside in, the types of weaponry they have in their artillery, how they use them and the type of friends gunmen and informants should have.