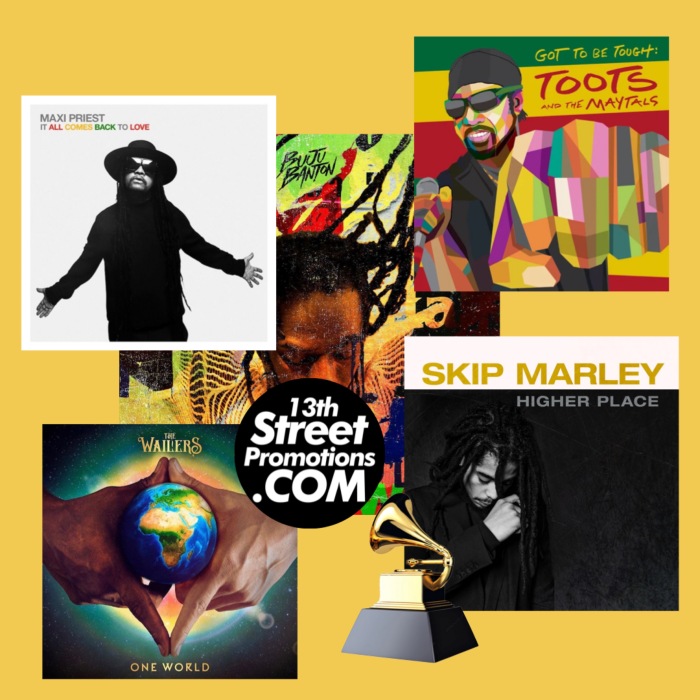 Earlier, the Recording Academy announced their many nominations for the 2021 GRAMMYs. From Pop to Bluegrass to Hip Hop, the world got a chance to see if their faves would be called up to possibly snag the golden award come January 2021. The “Best Reggae Album” category saw an interesting lineup this time around, and while there was celebration, there was some disappointed. The “Best Reggae Album” nominations are:

While many were hoping for acts like Protoje, Lila Ike, and Popcaan getting called up this year with their respective projects, Chronixx scored a nom for his appearance of Free Nationals’ 2019 self-titled album, Producer Stephen “Di Genius” McGregor and Koffee grab another one for their contributions on John Legend’s “Bigger Love” album, Noah Powa, Shaggy, Inner Circle, and Bounty Killa score noms for their appearance on Maxi Priest’s album while Skip Marley adds two more nominations for his H.E.R. featured single “Slow Down“, and his appearance on The Wailers’ “One World” album. We wish them all the best on January 31, 2021. Will you be watching The GRAMMYs?

END_OF_DOCUMENT_TOKEN_TO_BE_REPLACED 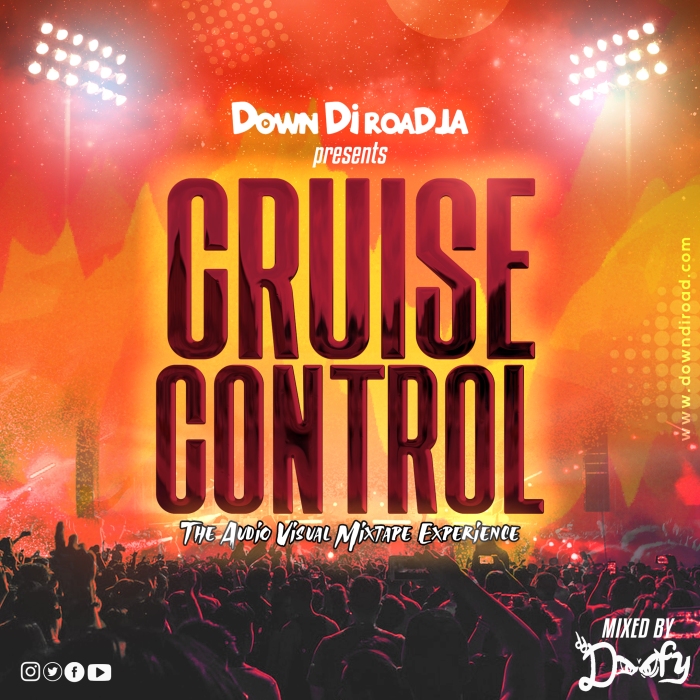 Known for providing visuals highlighting Jamaica’s beauty and happenings in Jamaica, Down Di Road JA (We were featured with them in this 2018 Global Grind article) has been carving their own lane, and gaining a following in the process. 3 years ago they kicked off their “Down Di Road Live” series that featured many upcoming and established artists on the scene, and now they look to do something different. Stepping to the turntables, Down Di Road JA released their debut mixtape, “Cruise Control“!

Hosted and mixed by Down Di Road JA’s founder, Duane “Doofy” Phillips, the Fusion Mixtape provides over an hour of tunes from some of your current and future faves, and promises to entertain you for as long as you want. What makes this mix stand out even more, is the experience as accompanying the mix, is a Visualizer that is a collection of Down Di Road Live performances and content from over the years. From Royal Blu to Chronixx, there’s 72 ways to enjoy this one.

END_OF_DOCUMENT_TOKEN_TO_BE_REPLACED

After previewing some message music earlier this year, Producer Salaam Remi continues to do it for the culture as he finally dropped his powerful new album, “Black On Purpose“. Featuring collaborations with numerous black voices in music, he tapped into Jamaica and enlisted Super Cat, Stephen Marley, Chronixx, and Spragga Benz!

Having featured Super Cat and Stephen Marley months prior with the tracks “Push Time” and “Is It Because I’m Black“, Salaam Remi sought those who could help to push great messages in the music as the “Black Lives Matter” movement strengthened this year as racial tension in various parts of the world are on the rise. Chronixx can be found on “Afrikan Children” with Black Thought, and Stephen Marley appears for a 2nd time on the album with the track “Black Progress” which features Spragga Benz. “Black On Purpose” follows up his early 2020 release of “Do It For The Culture 2” which features Red Rat, Stephen Marley, Buccaneer, Majah Hype, Wayne Wonder, Spragga Benz, Ghost, and many others.

END_OF_DOCUMENT_TOKEN_TO_BE_REPLACED

Happy Friday the 13th everyone! A lot of things are going on in the world, but music is one that stays constant. Today in our #13thStreetThrowback Playlist series, we look back at a Riddim that has many names and variations, the classic “Mad Mad Riddim“!

We first go back to the year 1967 with the release of Alton Ellis’ “Mad Mad Mad” which was produced by the late Sir “Coxsone” Dodd for Coxsone Records, and that one song’s production lead to plenty versions over the years. From the “Junjo” Lawes produced “Mad Mad Riddim” that gave us the classic “Diseases” by Michigan & Smiley and “Zungguzungguguzungguzeng” by Yellowman in the 1980s, to the infamous “Golden Hen Riddim” that gave us classics from Josey Wales, to Bobby Konders and Massive B’s “Platinum Hen Riddim” in 2011, to tracks that have sampled a version of the Riddim, this Playlist has it covered from familiar songs to rare cuts.

Check out this and many other Playlists here. Do remember to share with a friend. Show us some love/follow us on Twitter and Instagram at @13thStreetPromo.

END_OF_DOCUMENT_TOKEN_TO_BE_REPLACED

Today’s Oldies Sunday is dedicated to all who celebrating wins whether big or small, and for those working towards their goals. The fight to greatness continues. Today’s selection comes from the great Half Pint with the track, “Victory“!

Produced by Mass Hugh for his self titled label and released in 1987, Half Pint sings for those who are in the struggle trying to make success a possibility. He points out to those living in poverty in places like South Africa, Jamaica, America, England, and Canada. With the help of Jah, Half Pint wishes a sweet victory for everyone, and make the world a better place. The single was featured on Half Pint’s “Victory” album that was released in the same year through RAS Records. “Victory” was a hit for Half Pint, and is one of his more memorable tracks.

THANK YOU HALF PINT FOR THIS CLASSIC!

If you’re celebrating a win today, we’re happy for you! Check out the track below, and share with a friend. Show us some love/follow us on Twitter and Instagram at @13thStreetPromo.

END_OF_DOCUMENT_TOKEN_TO_BE_REPLACED 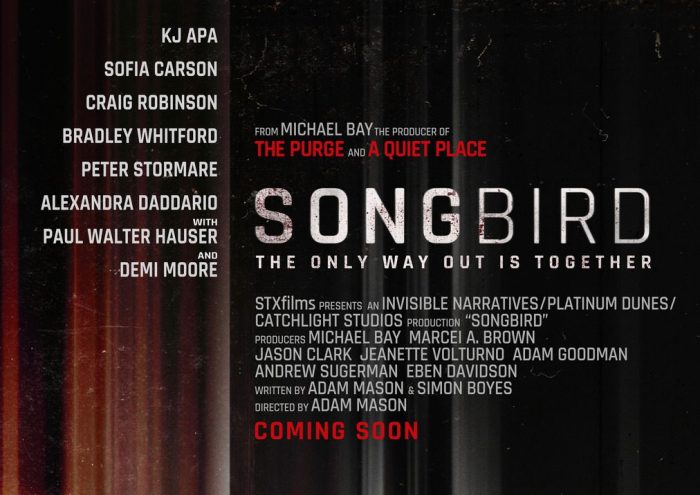 Covid 19 has set the world back a whole lot, and has everyone adjusting to a “New norm“. From closures of many avenues of entertainment and business, to our wardrobes now including face masks, we’re just doing what we can to stay safe and not become a statistic. For Filmmaker Michael Bay, movie making will not slow down on his watch, and has announced his upcoming movie, “Songbird“. Its trailer on the other hand, features a Bob Marley classic.

The featured track is Bob Marley’s 1980 hit, “Three Little Birds“. Produced by Bob Marley And The Wailers, the track was featured on classic “Exodus” album, and still remains a favourite for many worldwide. The song was recently covered by Bob Marley’s Grandson Skip Marley for the “School Of Rock” music education program. We highlighted it being covered by Maroon 5 a couple years ago for a Hyundai commercial. “Songbird” is described as a “Pandemic Thriller” that gives viewers another reality of the Covid 19 Pandemic, and it has since caused a stir on Social Media. Many have voiced that Michael Bay probably didn’t read the room when he put this together, but nonetheless, it will have explosions. Thanks to “Songbird”, “Three Little Birds” was given the same remix treatment as The Luniz’s “I Got 5 On It” from the trailer of the Horror flick “US“.