On August 29, 2021, the world lost the ICONIC Lee “Scratch” Perry. Though he may be gone physically, his music and influence continues to live on through many. We salute the man who never believed in being boxed in, and has paved the way for how many of us make and consume music today. In tribute to his work, we highlight him in “Sampling Lee “Scratch” Perry: A Playlist“!

From Bob Marley, to Lil Wayne, to Busta Rhymes, to Alborosie, to Sizzla, to UB40, and from Reggae, to Electronica, Lee “Scratch” Perry’s work has connected with many of what we enjoy. The man created genres, and created ways to manipulate the sound to our liking. We hope the Playlist has done him justice, and has encouraged you to deep dive into his work. Be prepared to enjoy, and learn something. Walk good Upsetter! Check out the Playlist below, and share with a friend. Show us some love/follow us on Twitter and Instagram at @13thStreetPromo.

END_OF_DOCUMENT_TOKEN_TO_BE_REPLACED

When you have a work ethic like Reggae Icon Sizzla Kalonji, best believe there will be a lot of new music to enjoy. While he has been busy in everything from producing, to Community Development, to Humanitarian work, a lot is done in those 24 hours. Nonetheless, Sizzla has get into Artist mode and give us a new album called, “On A High“.

Featuring 12 tracks, “On A High” is the follow up to the 2020 album, “Million Times“. Sizzla continues to give listeners a selection of love songs, conscious music, and a bit of Social Commentary. Chiney K Productions, Vision House Music, G MAC, In Da Mix, Great Black Minds Studio, Robert Murphy, and Kalonji Music Productions round out the producers featured on the album, while Recording Artists Gingerbread Mane and Mink Jo are the guest features on there. No matter what’s going on in the world, there’s always time to listen to some Sizzla.

END_OF_DOCUMENT_TOKEN_TO_BE_REPLACED

There are some of us who believe in destiny, and making things happen. We may have visions, or we trust a higher power with our hopes and dreams, or we just put in the work to make them come true. Sometimes they manifest immediately, or they never happen, or they take a longer than usual time to unfold. For Queens, NY Recording Artist Krys Evans, she’s making her dreams a reality through her new single, “Over Everything“.

Produced by Dennis “Jah D” Fearon for JAHLEP Records, Krys Evans’ “Over Everything” single is a dream come true as she collaborates with one of her musical heroes, Reggae/Dancehall Icon Sizzla Kalonji. The song goes out to all the couples who have weathered many storms and faced numerous challenges, but are still strong together, inspiring others in the process. Krys and Sizzla share not only great vocals, but lyrics on what it takes for couples stay together, and making that relationship last. While many speak about “Relationship goals” on Social Media, it takes a lot of work, and two people who genuinely are about each other.

“Growing up, I listened to a lot of Sizzla, and he has influenced the way I do music.” shared Krys Evans. “Years ago, I used to work as a Bartender at BB Kings (in New York), and Sizzla was a featured act one night. Although his appearance wasn’t during my shift, I traded shifts with a coworker just to witness his performance while I worked. Fast forward a few years, I had this song, and it needed a male Artist who would take it to the next level. In my head, I wanted Sizzla to be that guest feature, and I wasn’t gonna let this song go until it happened. We made it happen however, and it’s a blessing! I’m eternally grateful to Sizzla Kalonji and his team.” “Over Everything” is Krys’ first release since her debut album, “Resilient” in 2020, and will be following up the single with a music video in the coming weeks. A Dancehall single titled, “Get The Money” is set to follow the single later this year. Keep working on your dreams.

END_OF_DOCUMENT_TOKEN_TO_BE_REPLACED

May 9 is a day that is celebrated as “Mother’s Day”. The day finds many Mothers being celebrated, showered with gifts and special treatment, and loved in many ways. In the Caribbean, you can hear dedications of all sorts on the Radio, and events were held in the honour of many Moms. Known for delivering the classic “Thank You Mama” in the mid 2000s, Reggae Icon Sizzla Kalonji surprises the world with the release of “Happy Mother’s Day”!

Produced and released through his Kalonji Music Production, Sizzla brings a wonderful presentation of uplifting lyrics, timeless melodies, and a powerful dedication to all the Mothers out there. While many Mothers are no longer present with some of us, Sizzla looks to comfort those who miss them, and further emphasize that a Mother is one of the most important persons in one’s life. Love, honour, cherish, celebrate, and respect Mama!

END_OF_DOCUMENT_TOKEN_TO_BE_REPLACED

On October 6, Jamaica and the world lost another Icon, Producer Extraordinaire Bunny “Striker” Lee. Known as “The Gorgon“, Bunny Lee was man who has helped to shape music as we know it as he was an early adopter of Dub Music along with the late pioneer King Tubby. He was a pioneer of the Reggae Music market in the UK, and he was also the man who produced former child star now Dancehall Icon Beenie Man’s debut album. If you didn’t know, Bunny “Striker” Lee is one of the fathers of the Remix! Today, we pay tribute to his production work by highlighting some of his classics, and those who sampled him in our latest Playlist!

From Koffee, to Kardinal Offishall, to KRS-One, to Sister Nancy, to Sean Paul, learn a thing or few today, and enjoy some great music! He broke barriers, made stars, produced timeless music, and created a wave for many to follow. Walk good, Mr. Bunny “Striker” Lee O.D.! Check out the Playlist below, and share with a friend. Show us some love/follow us on Twitter and Instagram at @13thStreetPromo.

END_OF_DOCUMENT_TOKEN_TO_BE_REPLACED 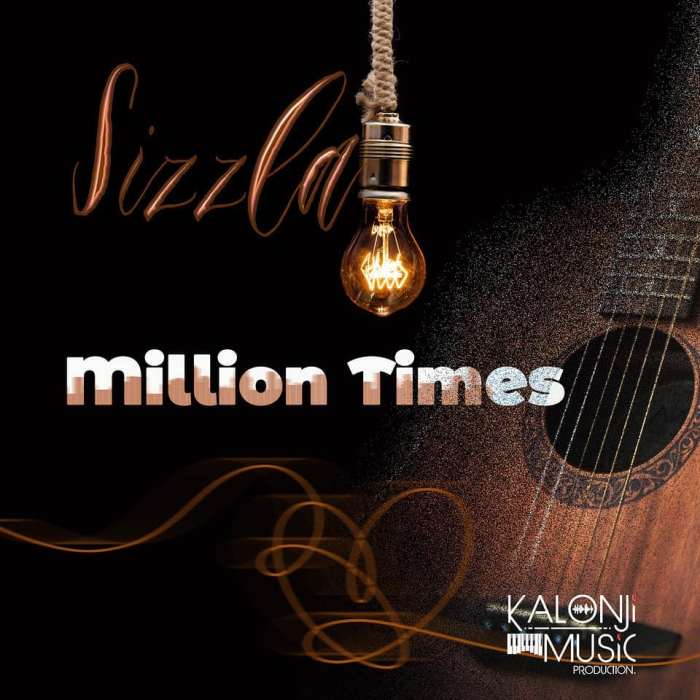 Jamaican musical Icon Sizzla Kalonji continues his journey with the release of new music. With a career spanning 30 years and several dozen albums to his name, his work ethic is out of this world. Moving forward always, he recently announced his latest album titled, “Million Times”.

With a joint release through Kalonji Music and Zabogaubhi Music with distribution through One RPM Afro-Caribbean, “Million Times” a 12 track masterpiece that finds Sizzla shining as bright as ever. With no limit to his creativity, he dedicates this album to the Queens, Empresses, and all the women of the world. With tracks like “Lady Lady”, “Without You”, and the title track (“Million Times”), Sizzla aims to touch the hearts of women, and let them know that they’re loved. With news reports of women facing harassment, abuse, and violence daily, Sizzla’s album comes at a time where the message of protecting women is being strongly promoted. He also expands his sound as he dabbles with various productions outside of the norm in Reggae. A clean, fresh, and new product, Sizzla never disappoints with his releases, and looks to uplift and entertain with nothing but good music.

Born Miguel Collins, Sizzla has enjoyed a lengthy career filled with hits stemming from the 1990s. He became a global force thanks to tracks like, “Black Woman & Child”, “Give Me A Try”, “Solid As A Rock”, “Just One Of Those Days”, and many others. He is the head of the Judgement Yard community centre in August Town, founder of the Sizzla Youth Foundation, a label owner (Kalonji Music), and has lent his talents to various generations of artists worldwide.

Sizzla’s “Million Times” album will be available on October 2nd on all digital music streaming platforms. Preorders are live now through https://smarturl.it/milliontimes, and customers will receive the title track as an instant download after preordering. He urges promoters and fans alike to contact him for queries through his website officialsizzlakalonji.com as he is aware of persons conducting acts of fraud off his name. Follow Sizzla on Instagram at @therealsizzlakalonji for updates and more. He also invites you to get familiar with Judgement Yard and the Sizzla Youth Foundation on Instagram at @Judgementyard1st and @sizzlayouthfoundation_1st respectively.