The Release Television Programme will be hosting their Community College Tour geared towards encouraging young Innovators. The Tour will feature “The Release Innovation Challenge (TRIC)” which is a challenge for students and staff to showcase and be awarded for their innovation in Technology, Music, Food and Fashion.

The Tour is expected to educate and promote the benefits of inventing; encourage Entrepreneurship among students and to promote sportsmanship among peers through in-school Innovation challenges. Executive Producer and Host for The Release, Talisa Taylor said, “Last year we did a Social ME-dia: Release Responsibly Tour that spoke to the use of Social Media among High School students so this year we decided to promote a different message through encouraging creativity and further awarding it”.

The Tour is sponsored by JUTC and Alternative Music will include a Celebrity judging panel, seminars from different groups on improving Inventions, capitalizing on them and a concert featuring student performers and guest Artists. Students or staff interested in the Tour can follow The Release on Facebook, Twitter and Instagram for more Information (@TheReleaseja), or call 833-5444.

END_OF_DOCUMENT_TOKEN_TO_BE_REPLACED 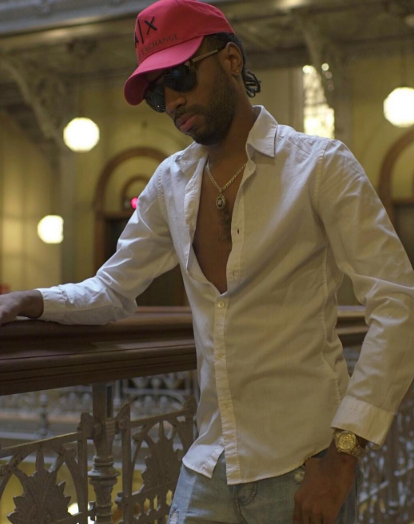 Fans have been adjusting to a smoother side of QQ with the recent release of “I Like It“. The single, produced by College Boiz Productions and QQ Music, is different from QQ’s more upbeat singles such as “One Drop“, “Jack Hammer” and “Kushi Wine” to name a few.

The Artist who has been absent from the Jamaican Dancehall scene for a while, has been performing on several major stages in the United States and Europe. “I want to show a different side to my music but whether i’m singing or deejaying, I am all about pleasing my female fans” shared QQ. The single is featured on the “Precious Seeds Riddim”, and has been receiving a favourable response from fans worldwide. The “One Drop” star is set to perform in Guyana in October, and Barcelona, Spain in November.

QQ has several new projects in the works, and is back in Jamaica to shoot music videos related to them. He added, “My last video was for “Kushi Wine”, but people still talk about my video for “Tweety Bird” directed by Strugu Films that was shot overseas”. “I Like It” is available for purchase on several digital platforms. QQ can be followed on Facebook.com/qquniverse, Instagram, and Twitter at @qqworld.

END_OF_DOCUMENT_TOKEN_TO_BE_REPLACED

With several controversies surrounding Dancehall music videos, upcoming Dancehall Artist Sol Weatherman is now victim to a candid video gone viral. The video shows the Artist singing his recent single, “Handcart”, with what appears to be an M-16 Rifle in hand. More recently, another video surfaced with the Artist riding a donkey at the popular Street Dance “Wappingz Thursday”.

“Handcart” was produced by Krayv and Jay Crazie Records on the “Car Tire Riddim”, and is described by Sol Weatherman as a “Hustler’s Anthem”. “The video was simply me chilling in my community and during that someone recorded the video and posted it online. I don’t encourage violence, “Handcart” is a song for the Hustlers and hard working people, it is not a violent song”. When asked about the riding on the Donkey, Sol
added, “I believe in promoting my single to the fullest so the video was just another way to market the single for me”.

“Handcart” has been garnering much attention from the streets since its release. Sol added, “In many of the Street Dances you can witness girls pushing Handcarts and dancing. People all over the world love the gimmicks that come with the song, and I am grateful for that”. Sol Weatherman hails from Cockburn Gardens in Kingston, and is known for the singles, “Weatherman”, “Feel So Good”, and “Whine” to name a few. You can find him on Instagram at @SolWeatherman, and WeathermanSol on Facebook.

END_OF_DOCUMENT_TOKEN_TO_BE_REPLACED

21st Hapilos Digital Distribution has partnered with Television Program, “The Release” to showcase the “21st Hapilos Top 10 Digital Chart“. The chart, formally known as “The Release Top 10 Chart”, is featured in the weekly Entertainment Program on CVM TV and HYPE TV.

Talisa Taylor, Executive Producer of “The Release” said, “Our initial chart showed local and International videos that were trending online but we wanted a chart based on facts,”. The “21st Hapilos Top 10 Digital Chart” features songs that have high numbers of sales, downloads and streaming on 200 different platforms including Amazon, iTunes, Spotify, Rhapsody, Tidal, and d’Music by Digicel.

“The Release” is an entertainment and lifestyle Television Program that is featured on Hype TV and CVM TV. It showcases new releases and reviews in entertainment including new Artistes and Music; new trends in Food and Fashion; and new Technology.

END_OF_DOCUMENT_TOKEN_TO_BE_REPLACED

2009 Magnum Kings and Queens of Dancehall breakout contestant Posh Morris, more popularly known as “Posh”, is back on the music scene with her new single, ‘Horse Tonic’. The female Deejay, remembered for her versatility in the clash ring, recorded the song on the ‘Horse Tonic Riddim’ produced by ZJ Dymond. The highly energetic single shows off Posh Morris’ lyrical prowess as a female Artist and her aggressive approach to Dancehall music.

The ‘Horse Tonic’ Artist who hails from Portmore, Saint Catherine said, “This song is very powerful and this is just the start of what I consider to be a takeover. I have been quiet for some time now and I hear a lot of talk about female Artists sitting back, so it’s my time now to step out”. Posh Morris who is known for singles such as ‘Take What’s Mine’ and ‘Rock The Party’ ,earned herself a Youth View Awards nomination earlier this year for “Director of the Year” landing her in the minds of her colleagues as a double threat. She added, “The road doesn’t just stop for me when the song is mixed, it’s about having the visuals to complement it and as a woman in music, I pride myself in being able to deejay, produce and direct videos”.

Posh Morris has now started working on the video for the single which she promises to be ‘creative’ and ‘unique’ adding that she wants to bring the “same vibe from the song to the video”. She is also working on a second project with ZJ Dymond which she describes as ‘head turning’. Now on the promotional trail, she has started media runs in Jamaica and has since been receiving great reviews.

END_OF_DOCUMENT_TOKEN_TO_BE_REPLACED

The newly rebranded television show, ‘The Release’ is gearing up to launch an exciting new season in September. The Programme which will now air on CVM TV and HYPE TV, will feature new releases and reviews in Food, Fashion, Music, and Technology as well as new trends on the rise, and The Release Top 10 Countdown which showcases both local and International music. Journalism student Lij ‘Lijitimate’ Smith will be the new face and Brand Ambassador of The Release.

The vibrant 22-year-old Kingston College Alumni is not a stranger to Television however he is thrilled about his new role. He said, “Being the new face of The Release is a great privilege, I am extremely psyched that I have the opportunity to bring my personality to viewers and connect to people all over the region”. The Release will be aired Internationally through Hype TV on the Flow Network to 14 other Caribbean countries outside of Jamaica.

Lijitimate who describes himself as a lover of the Arts and Media has an infectious personality, great style, passion and a good eye for detail. The Release airs on CVM TV on Fridays 9:30 pm with repeats Saturdays at 10:30 pm, and on Hype TV on Tuesdays at 8:30 pm with repeats on Thursdays and Saturdays 6:30 p.m. To keep up to date with the latest trends and releases in Music, Fashion, Food and Technology, visit The Release’s social media at @TheReleaseja (Twitter, Facebook, Instagram and YouTube).