In 1970, the duo known as Dave Barker and Ansell Collins a.k.a. Dave & Ansell Collins released their single, “Double Barrel“. Produced by Winston Riley, the song went on to become the second Jamaican produced track to top the UK music charts. From there it went on to sell numerous records, charted in the US, and introduced the world to a young Sly Dunbar, who played drums on the record. It became a classic, and was immortalized by many Artists through the technique of sampling. Today, for our latest #13thStreetThrowback Playlist, we highlight “Double Barrel”.

Featuring 50 tracks, the “Double Barrel” Playlist highlights a few covers, and songs that sampled the 1970 hit. From Special Ed’s infamous “I’m The Magnificent“, to Kanye West’s “The One“, and from Hip Hop to Electronic Music, “Double Barrel” has traveled near and far. When you hear “I’m…the magnificent!” on a track, just remember where it came from. Salute the great duo known as Dave & Ansell Collins!

END_OF_DOCUMENT_TOKEN_TO_BE_REPLACED 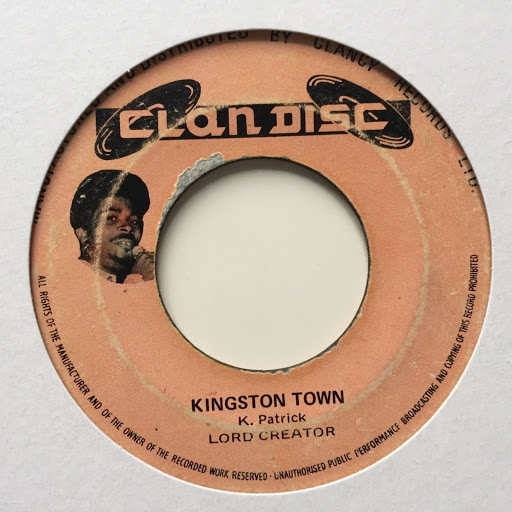 August is an important month for Jamaica as its Independence and emancipation are celebrated in it. With the month coming to a close, today’s Oldies Sunday selection shows love to its capital, Kingston. Today, we kick things off with Lord Creator’s “Kingston Town“.

Produced by Clancy Eccles, it was recorded in 1969, and released in 1970 by Clancy’s Records/Clan Disc Records. The song was a remake of Lord Creator’s 1963 Ska single, “Babylon” which was produced by Vincent “Randy” Chin (founder of VP Records), but was given a few changes. “Kingston Town” speaks about a place that Creator longs to visit. A place where he could call home with his Queen, and experience many wonders. In the original song, it referred to “Babylon”, but after Creator’s visit to Jamaica, it inspired him to re-record the song and replace “Babylon” with “Kingston Town”. Jamaica was such a wonder for Lord Creator who was born and raised in Trinidad and Tobago, that he made it his home for decades, eventually finding his Queen, and fathering 10 children in the process (he is the father of 15). The song didn’t catch on right away when it was released, but once it found its way overseas, it became very popular.

“Kingston Town” became one of Lord Creator’s biggest hits over the years, so much so that it was covered by legendary UK Reggae/Ska band, UB40 in 1989. Their version went on to be a top 10 hit, and was certified a multiplatinum selling single. Despite being a hit, it caused controversy over the years, shortly after UB40’s success, there was a fight over ownership between Lord Creator and Clancy Eccles. It was somewhat resolved some time after. Another controversy came in 2007 when the song’s copyright holders Sparta Florida Music Group took Celebrity/Recording Artist Paris Hilton and Warner Chappell Music to court for plagiarism as Hilton’s “Stars Are Blind” single allegedly shared similarities to “Kingston Town”. It was believed to have been settled out of court in 2009.