Trinibagonian Creative Will The Wolf continues his impressive run of releases in 2021. The rising artist continues to show his range with various topics covered, and amazes viewers with the accompanying visuals he and team put together. Today, we get to check his latest video for the single, “I’m Thinking You Should“.

Will The Wolf teams up with Recording Artist Xodrew here as they deliver a track that is hitting hard thanks in part to the production by Tano. Will drops lyrics that many can relate to, and with Xodrew’s contribution, the vibe is still the same here. Will has a commendable streak of tracks out, and only time will tell how his official project will sound. The video which in collaboration with Josiah Persad Films and Jonanthon Mora, finds Will rocking a skull face tattoo while looking dapper in between him going hard (and getting hit hard) in the Boxing ring, while Xodrew looks like he was transported to the 1940s as he finds himself chilling with some beautiful women throughout the video. One thing for sure, Will The Wolf sure knows how to pick a great team to put everything together.

END_OF_DOCUMENT_TOKEN_TO_BE_REPLACED

Trini Creative Sarkastik Ambassador looks to make 2021 the year he increases his musical output. Having dabbled in other areas last year, we didn’t get to hear much music. Starting off the new year right, he gives listeners an early listen to the track, “Toxic“.

Produced by TDSK Productions and featuring Bajan Singer/Songwriter Rhea Layne, Sark and Rhea get at each other like a fighting couple as they speak about jealousy, insecurity, and plenty toxic behaviours between them. Many couples go through things like this daily, but Sark and Rhea just play it all out in a way that will have couples thinking over things and go forward with resolutions. As mentioned before, this an early listen as Sarkastik Ambassador looks to put some finishing touches and officially release this track later this year. Let us know what you think about it.

END_OF_DOCUMENT_TOKEN_TO_BE_REPLACED 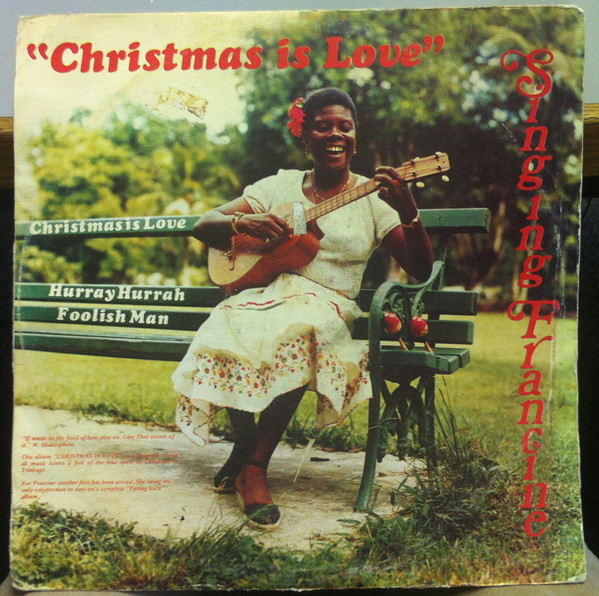 In recognition of the Christmas season, we’re highlighting a few Christmas songs for the month of December on Oldies Sunday! Last week we visited Haiti, this week we stopped by Barbados and Trinidad and Tobago to check out the legendary Singing Francine’s “Hurray Hurrah“!

Arranged by Pelham Goddard and released through M&H Productions in 1979, Singing Francine shares the story of the birth of Jesus Christ, and highlights his importance to all of us. Over beautiful production, Singing Francine gives us a lively song that will make everyone join in clapping and singing. The track was featured on her 1979 “From Christmas…To Carnival Vol. 1” album, and her 1981 “Christmas Is Love” album. One of the Queens of Calypso with the great Calypso Rose, Singing Francine has brought joy and a lot of entertainment to anyone within earshot of her voice for many decades. “Hurray Hurrah” is one of her many Christmas releases, and is still played in various parts of the Caribbean.

END_OF_DOCUMENT_TOKEN_TO_BE_REPLACED

It’s a cold world, and some hearts are pretty cold out there, but we make it a daily thing to ask the almighty for guidance through the dark times. For Trinibad artist Logiq, he needs God to watch his back in the video for his latest track, “Protection“.

Directed by LE Production a.k.a. Lord Edit, Logiq connects with nature to escape the craziness of the city, and speaks with God as he needs to be protected from those who oppose him and want to see him fail in life. When he’s back in civilization however, we see an instance of someone being fake towards him while conversing with a young lady. The badmind is real, you just have to be vigilant. Let Jah guide your steps, and not let the enemy prosper over your life. A great selection from one of the latest Trinibad artists out!

END_OF_DOCUMENT_TOKEN_TO_BE_REPLACED

The current global pandemic has had a crippling effect on theatre and live performances around the world. In an effort to adapt to the new normal, theatre practitioners have been going digital – producing and repurposing their performances for virtual streaming platforms. Not to be left behind is S.H.A.P.E. Up Production – a Tobago based drama youth group out of Signal Hill Secondary School, whose 2020 production ‘The Farewell that Kills’ will be available for digital viewing from November 27th – December 27th, exclusively on Caribbean Cyberstream.

The Farewell that Kills, written and directed by Garnet Lawrence, is a stinging reflection of current social issues using Traditional Carnival characters as the medium. Through a series of vignettes: a mixture of monologues, spoken word and dance where real life people are juxtaposed with traditional Carnival characters, each scene focuses on a different yet relevant social issue – from the brutal murder/suicides arising out of domestic violence, to perceptions of inequality by the public towards the Police in shutting down COVID parties.

In a statement to the media, Lawrence said the drama group – which performed Tobago’s feature presentation for the 9th Biennial Caribbean Secondary Schools’ Drama Festival, has been producing plays since 2016 specifically for Tobago students to critique as part of their CXC requirements. He lamented, “[Before then] we didn’t have theatre in Tobago that students can critique, and they may not always be able to afford to go to Trinidad.”

When asked what inspired him to still produce work in spite of all the obstacles facing the creative sector due to COVID-19, Lawrence said the answer is twofold.

He said, “My rationale was that during this time, not only Tobago, but rather the wider Caribbean will be experiencing a lack of theatrical productions. I wanted to create something that is entertaining, thought provoking, and that students can effectively review for their CXC Theatre Arts play critique component. This is why I have avoided the Zoom platform style and did not pre record as individual scenes but rather filmed it as a full run…as one continuous flowing production.”

END_OF_DOCUMENT_TOKEN_TO_BE_REPLACED 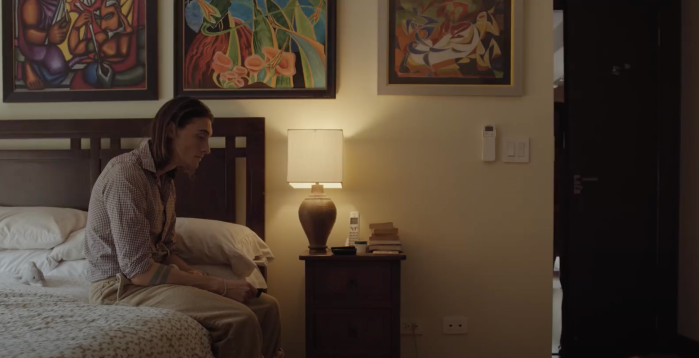 Trinidad’s Will The Wolf is a different type of artist. Having made a couple debuts this year, his music and visuals definitely stand out from the crowd. With his 3rd release, the VOISIC produced “Hope“, he gets into something that many of us can relate to.

With a video directed by Will himself while Thrillstory captures it all, we get a song that’s a tearjerker as it deals with lost relationships, missing that special someone, with the visuals showing us the depression that one goes through, and the hope some have that there will be a reunion. With the year seeing many breakups and fall outs, some of us are going through it, but trying to stay positive through it. Hang in there! Great song by Will The Wolf, and a very clean visual from him and the team!