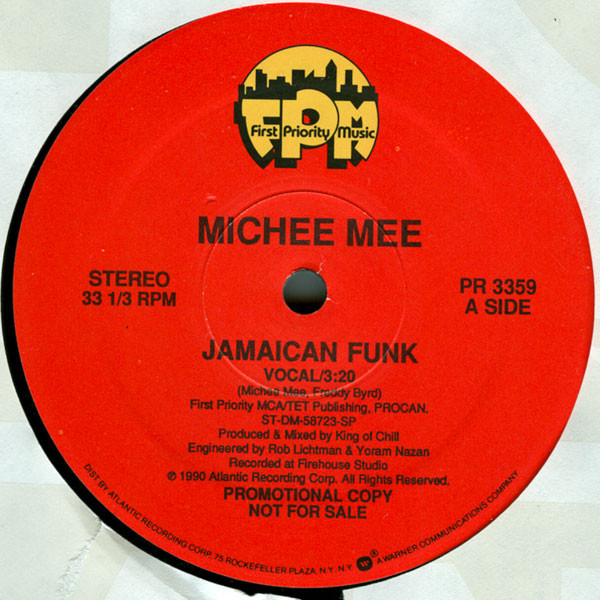 For today’s “Oldies Sunday“, we’re going give it you Hip Hop style. For those unfamiliar, Hip Hop’s roots traces back to Jamaica. While many have done tremendous things for the genre and its culture, we have to remember the pioneers. Jamaica has DJ Kool Herc, and also Michie Mee, a Canadian Hip Hop pioneer. Today, we feature Michie Mee’s single, “Jamaican Funk“.

Produced by King Of Chill and released through First Priority Music in 1990, “Jamaican Funk” was a collaboration between Michie Mee and DJ L.A. Luv, and was a single that helped to spawn the growth of the Canadian Hip Hop movement. It was also one of the first singles that blended Hip Hop and Dancehall as Michie deejayed and rapped throughout the track. The single did very well for Michie Mee, and was given a remix called, “Jamaican Funk Canadian Style“. Both versions were featured on Michie Mee & L.A. Luv’s album, “Jamaican Funk-Canadian Style“, which was a success for the duo as the album crossed borders, charted on American charts, and was nominated for a Juno award. Since “Jamaican Funk”, Michie Mee went on to make more moves as an artist including founding the band, Raggadeath, influencing the new generation of artists, and kicking down the door for many of your favourites. She also dabbled in acting with roles in the film “In Too Deep“, and appearing in TV shows like “Soul Food” and “Da Kink In My Hair“. She is the Queen of Canadian Hip Hop, and a yaad she come from!