Today’s Oldies Sunday selection is dedicated to Dancehall Artist Sister Charmaine who passed away on January 5, 2021. Before the many prominent Queens of Dancehall, Sister Charmaine was one who held that title proudly. Today we go back in time to check out “No Disrespect“.

Released through Leggo Records in 1990, Sister Charmaine did plenty name dropping on this one as she shares the difficulty in catching a break in music. In a rather humorous way, she calls upon artists like Papa San, Admiral Bailey, General Trees, Little Lenny, Professor Nuts, Lt. Stitchie, Flourgon, Ninja Man, and many more for assistance in making her career as successful as theirs. From borrowing a Benz, to performing Obeah, to learning certain songs and moves, Sister Charmaine believes these were some of the methods her fellow artists used in getting a “buss“. The song was not made to disrespect the many artists mentioned, but to give her audience something to laugh about, and showcase her versatility. The song was featured on the “Live And Kickin’” compilation in 1990. A song we believed took a cue from “No Disrespect” was Ce’cile’s 2000 single, “Changez” where she called out male deejays, but for a rather different topic.

END_OF_DOCUMENT_TOKEN_TO_BE_REPLACED

For today’s “Oldies Sunday“, we’re going give it you Hip Hop style. For those unfamiliar, Hip Hop’s roots traces back to Jamaica. While many have done tremendous things for the genre and its culture, we have to remember the pioneers. Jamaica has DJ Kool Herc, and also Michie Mee, a Canadian Hip Hop pioneer. Today, we feature Michie Mee’s single, “Jamaican Funk“.

Produced by King Of Chill and released through First Priority Music in 1990, “Jamaican Funk” was a collaboration between Michie Mee and DJ L.A. Luv, and was a single that helped to spawn the growth of the Canadian Hip Hop movement. It was also one of the first singles that blended Hip Hop and Dancehall as Michie deejayed and rapped throughout the track. The single did very well for Michie Mee, and was given a remix called, “Jamaican Funk Canadian Style“. Both versions were featured on Michie Mee & L.A. Luv’s album, “Jamaican Funk-Canadian Style“, which was a success for the duo as the album crossed borders, charted on American charts, and was nominated for a Juno award. Since “Jamaican Funk”, Michie Mee went on to make more moves as an artist including founding the band, Raggadeath, influencing the new generation of artists, and kicking down the door for many of your favourites. She also dabbled in acting with roles in the film “In Too Deep“, and appearing in TV shows like “Soul Food” and “Da Kink In My Hair“. She is the Queen of Canadian Hip Hop, and a yaad she come from!

END_OF_DOCUMENT_TOKEN_TO_BE_REPLACED 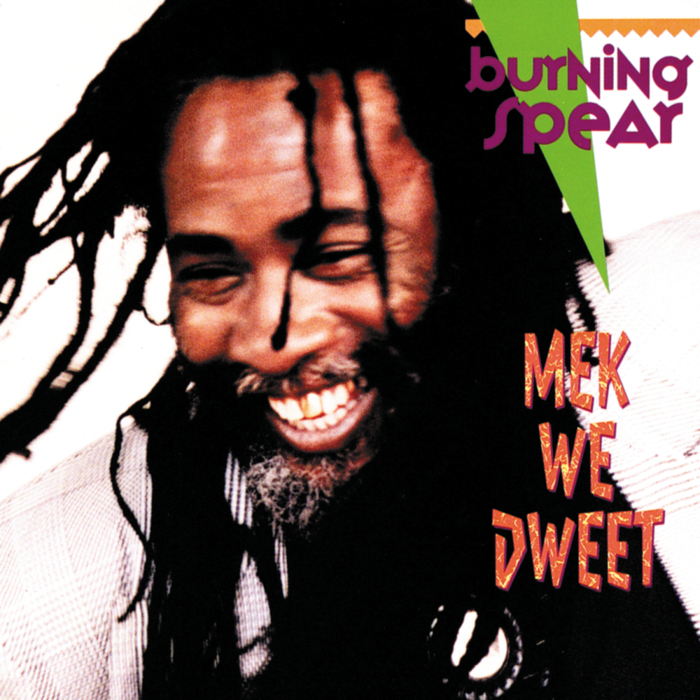 It’s February 1st, which means we’ve made it to another Black History Month. It is also the start of Reggae Month in Jamaica, and various parts of the world. While we look back at those who fought for the freedom of Black People, and celebrate those who continue the fight, we also look back at those who changed the game with their sound. Today we go back to 1990 with Reggae Icon Burning Spear and his tribute to the Black Superheroes, “Great Men (a.k.a. “Recall Some Great Men)“. Produced by Burning Spear and Nelson Miller, this was released through Mango Records, and featured on Spear’s 1990 Grammy nominated Album “Mek We Dweet“. In the song, Burning Spear roll calls some of the heroes who have contributed to the freedom of Black People worldwide. He starts off with the chorus, “Let’s recall some great men, who been fighting for our rights…“, and mentions the likes of Paul Bogle, Nelson Mandela, Marcus Garvey, Malcolm X, and Martin Luther King Jr.

As we celebrate the month and those before us, let us also recognize those who are making strides and steadily making an impact in the world. Thanks for checking out the Blog, be sure to share with a friend, and follow us on Instagram! Hear the song below.

END_OF_DOCUMENT_TOKEN_TO_BE_REPLACED

Today’s Oldies Sunday selection comes from Reggae band Chalice. Titled “Dancehall Monic” which was produced and released by the band in 1990, this was a song described as “Dancehall Music meets the Opera” as it had a Opera theme to it in the instrumental and delivery of the song. This song also featured three of the biggest entertainers at the time including Papa San, Tiger and Lloyd Lovindeer.

END_OF_DOCUMENT_TOKEN_TO_BE_REPLACED

Today’s mixtape comes from Jamaican DJ, Fifty and it promises to be a great one. Titled “Eazy Medz Oldies Jugglin‘”, this is a throwback reggae mix of some of the best songs from the 1990s. Featuring hits from Beres Hammond, Junior Tucker, Abijah, Chalice, Luciano, the late Garnet Silk and many others. This mix is so awesome for some of these songs brought me back to my childhood, especially the opening track (Dance Hall Monic by Chalice) and the Garnet Silk selections. Great collection for those who need to travel back in time though the hits. Check out the mix below and share your thoughts in the comments section.