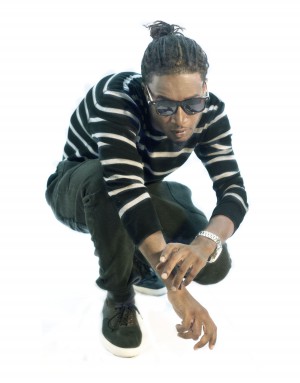 Fast rising Dancehall act Kratos has released the much anticipated “Tip Of Di Rifle” Music Video. According to the Artist, the video has been tremendously received. “Ever since the release of the video, I have been getting a terrific response from my fans and this means that I am doing something right. My Community members as well have supported me nonstop and I am very grateful for the love,” Expressed an elated Kratos.

“Tip Of Di Rifle” was directed by The Production Hub and Susan Smith of Powerhouse Global Media, and this marks the first official video to come from the team. The Communities of Rae Town, Barbican, and parts of Nine Miles in Bull Bay served as backdrops to this visually stimulating masterpiece. The video is very sexy and contains many seductive scenes. The high octane Kratos is depicted as a combative character that is ready to conquer his female challenger.

“The song is full of vibes and energy and we wanted to capture that in the video. We wanted to show everybody having a good time while working,” shared a vibrant Kratos. The video was officially premiered on Hype TV recently, and can be seen on other local Television Stations. While Kratos is very excited about the attention that has been steadily building around his career, he knows that he still has his work cut out for him. “Deciding to do music is never an easy task, especially when you are not from a musical background, so you have to learn everything on your own. Releasing this song, and doing the video I think is a step in the right direction.”

END_OF_DOCUMENT_TOKEN_TO_BE_REPLACED 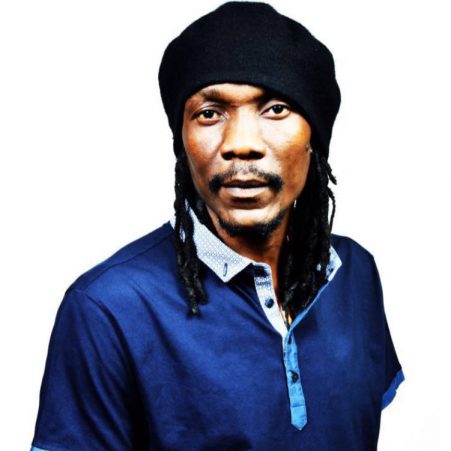 US based Recording Artist Splicerr is making moves with his new single, Need To Get Paid. The track was officially released earlier this year and has since taken the market by storm. Splicerr, who has been in the music business for the better part of two decades, has reshaped his focus to record and produce music that can teach, inspire, and is relevant to a global audience. This objective was realized with the release of this entertaining commercial track and showcases the Artist’s talent as a Singer and a Producer. “Some Artists pursue a musical career because of their quests for fame and fortune, others do it because creating music is what they are mostly talented at. For me, music is a tangible expression of a spiritual and life conception,” expressed Splicerr.

Need To Get Paid is a part of his new EP titled Mid Life Crysalis which was done for Reggae Gaps, the company that is presently handling his affairs. You may know Splicerr for the hit collaboration with Dawn Penn tilted You Can’t Test my Sound that was released in 1994. In 1996, Splicerr crafted another hit in the song Montell, a response to the then popular song Sketel on the Steelie and Cleevie produced Gigi Riddim. Nowadays Splicerr, deep in his faith, appears far removed from the young man who recorded his 20 year old hit. His renewed and introspective views have led him down a path that has reshaped his career in music.

Splicerr is currently working closely with Mr. Biggs of Platinum Camp Records and promises more music of this nature to come.

END_OF_DOCUMENT_TOKEN_TO_BE_REPLACED 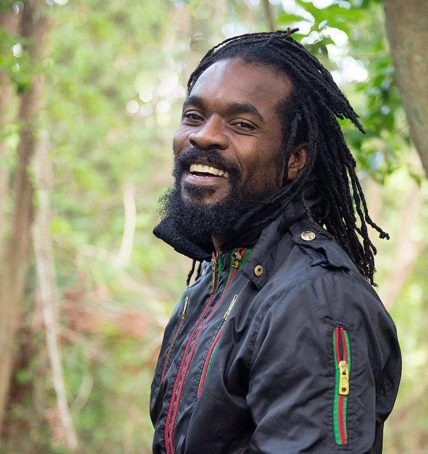 Fresh from setting off his comeback campaign, IBlack Lion marches on with the soulful track, No Pain. The song is one of the favorites from his 7 track EP, Story Of A Dream. Produced by UK based Ras Blinga Records, the track is distributed exclusively by Vpal. The EP itself is produced by Boss Dove Records and finds IBlack Lion in the familiar place of positive, feel good music.

The EP which was released in August 2016 is being distributed by Zojak Worldwide. With the positive feedback that he has been garnering from this project, it is safe to say that IBlackLion is on route to new heights of success. IBlack Lion says the inspirational track is his way of using Reggae Music as a vehicle of change for conscious upward mobility. “The single has been getting a great response from the International market, gaining traction especially in the UK, the US, and in the Caribbean. I am very happy to have reinvented myself in this way.”

Since the release of the track, IBlack Lion has performed at major reggae shows in the British Virgin Islands, Barbados and the Turks and Caicos, and looks forward to a few more upcoming shows later down in the year. The accompanying video which was released last month on YouTube has garnered over ten thousand views in a short time span and continues to grow in views.

IBlack Lion is currently working on the videos for the tracks Nail Mi Up and Don’t Give Up. These tracks are also featured on his Story Of A Dream EP. He is also working alongside Good Good Productions on a project to be released later this month.

END_OF_DOCUMENT_TOKEN_TO_BE_REPLACED 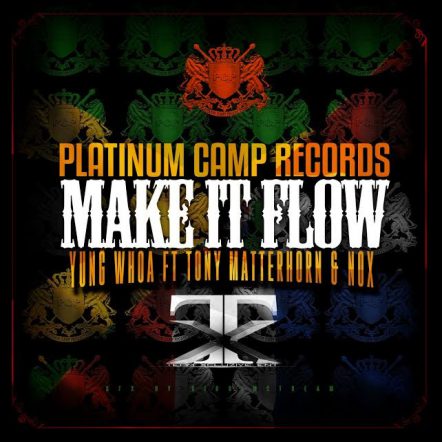 Tony Matterhorn is known widely in the Dancehall arena for his bold personality on and off stage as an Entertainer; Yung Whoa is the newest sensation on the Latin market, and Nox is known for his hit combinations with the likes of Missy Elliot, Chris Brown, Scott Storch and a few other big names. The song showcases a fun and exciting dance craze that has embellished each of the markets respectively.

According to Mr. Biggs, the idea was to bring three major talents together from different markets to create something fresh. “Whatever I am working on, it must have an International appeal and this song is no exception. It is fresh, it is hot and it was a great team effort from everyone and we are looking for great things to come.” Make It Flow was scheduled to be officially released later this month, but with the preliminary release doing so well, the team decided to drop the single earlier. The track is currently dominating the entire Latin market and gained a buzz in the Caribbean and the US.

“I am confident that this single is going to take this world by storm. It has far exceeded my expectations and has become a hit overnight on Social Media, garnering thousands of likes and shares,” Said Mr. Biggs. Plans are already on the way for a video for the single in early October. Fans will be happy to know that the song can be purchased from all digital platforms including iTunes and Amazon Music.

In addition the team has spearheaded a Dance Competition for the best female Dancer that submits a video performing this song. The prize for the best entry is USD$500.

END_OF_DOCUMENT_TOKEN_TO_BE_REPLACED 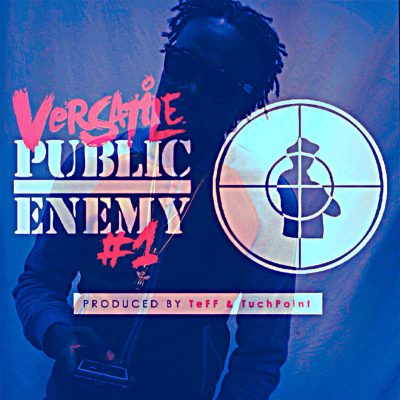 International Producer and Grammy Member, Emmanuel “Tuchpoint” Aden has collaborated with Dancehall Artist Versatile and US based Singjay Teff for the new single, Public Enemy #1. The single focuses on the raw realities of human relationships and showcases the Artists’ natural ability to deliver conscious content. Released on September 1, 2016, Tuchpoint says he has been receiving tremendous praise both on the local and International scene for this new song.

“The song is already a favourite amongst many Radio DJs and is gradually becoming an overnight hit. I have been getting a lot of love and I know it can only get better from here”, expressed TuchPoint while he was in Kingston last week. Public Enemy #1 is available for free listen on SoundCloud, or for purchase on all digital platforms to include iTunes, Tidal, Spotify etc.

TuchPoint has successfully built a reputation for his ability to create a unique fusion of Dancehall, Reggae, Afro Beat, Hip Hop and R&B. He is largely known for his ingenious skill to construct beats and Riddims that are of an International appeal. “I always think International whenever I am in the studio creating. Whether I am producing Hip Hop and R&B, Afro Beat or what I like to call Progressive-Reggae, my aim is to break International barriers with my music and this song is no exception.”

The talented Producer admits that it was a wonderful experience working alongside Versatile and Teff for this project. Both Artists have carved out a decent following in their own respective markets and are at a very good point in their career. TuchPoint, who has developed a never ending love for Music Production says he will continue to break musical barriers and urges his growing fan base to look out for more good quality productions from him and a number of Artists that may presently occupy a slot on your favourite playlist.

END_OF_DOCUMENT_TOKEN_TO_BE_REPLACED 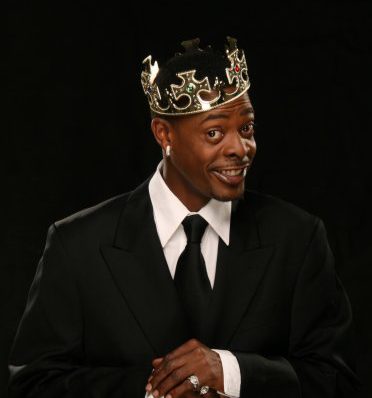 As if the summer isn’t hot enough, Dancehall Artist Mr. Lexx has added a little more steam with his single “Bad Boys” making this summer at least ten times hotter. The song, featuring El Freaky from out of Colombia, currently sits at number one on the Los 40 chart, which is one of the biggest and most reputable charts in the country.

Earlier in the year, the single gained International attention as it became the new theme song for Fiat’s latest commercial. Mr. Lexx is quite pleased and says he is happy to have garnered this attention at this point in his career. “I cannot stress it enough; I am elated to have gotten this opportunity right now. I have been in the business for over a decade and I am still celebrating musical success, it is just a great feeling” Expressed Mr. Lexx.

The song has been doing tremendously in Latin America, getting regular rotations on popular Radio stations and has been a favourite for many club DJs. The “Crown Prince of Dancehall” looks forward to an upcoming tour in South America where he will be performing this song and other great hits. Lexx has been working assiduously on some new projects that he will be releasing later this year, includinga new album. Additionally, he is promoting his love song “Struck by Love” for which he uses his real name, Christopher Palmer.