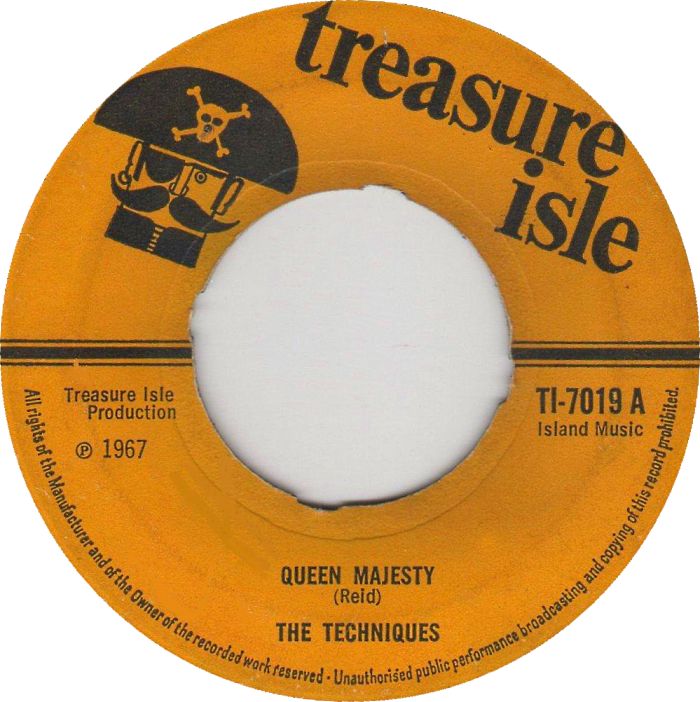 Earlier today, we premiered Recording Artist Yanah’s new single, “Think Again“, now we’re gonna feature its sample. On today’s Oldies Sunday, we look back at Pat Kelly’s classic, “Queen Majesty“! Produced by Duke Reid, the song was recorded by Pat Kelly while he was a member of the Rocksteady group, The Techniques (hence why many releases used The Techniques’ name). It was released through Reid’s Treasure Isle Production in 1967, but was featured on The Techniques’ 1966 album, “Little Did You Know“. The song was a cover of the Curtis Mayfield and The Impressions’ single, “Minstrel and Queen (Queen Majesty)” which was released in 1963.

The story was Pat Kelly and his friends were huge fans of the original track, so much so that they’d stay up at night to hear it at various times on Miami Radio station WINZ. This was so because the signal from Miami to Jamaica was very weak, so they struggled at times. Pat showed interest in covering it, but had no means to get the Record. After hearing it multiple times, he finally caught all the lyrics to the track and made a Reggae version. The single was released various times since 1967, and was remixed by King Jammy’s in the mid 1980s.

Though Pat Kelly parted ways with The Techniques years ago, he is still an active Recording Artist having released numerous singles, and even handled recording sessions as an Audio Engineer for the likes of the late Gregory Isaacs and Johnny Clarke.

END_OF_DOCUMENT_TOKEN_TO_BE_REPLACED

The summer is usually a time for some to kick off “Cuffing Season“, while others are free to do whatever, but some are still going through it as they’ve lost a lover. Yanah comes through with a song that may trigger some feelings in those in the latter. Teaming up with Kone, she drops “Think Again“! While it’s never easy when breakups happen, Yanah paints the picture of a couple where the young lady compares her love, emotions, and energy to data, and transferring them into her former partner’s life’s hard drive would be a part of their bond. She feels there’s still some connection as some hard drives are never fully erased. Her system is still being affected by traces of their bond, and she believes he’s affected too, despite them going their separate ways. A song that many can relate to, Yanah is just a vessel for many who are going through it. The song samples the classic “Queen Majesty” from Jamaican Recording Artist Pat Kelly while he was a member of The Techniques.

While Yanah has been handling life outside the Studio, she looks to make a few appearances in the coming weeks to treat your ears to some great music. She’s currently booked to appear at the upcoming Fi Di Culture Live event, and she has plans to release more music for the rest of the year.