DJ Khaled returns with his much anticipated 12th album, “Khaled Khaled“. Featuring many collaborations, Khaled is ensuring that all his friends get equal shine, and he runs with the same formula as previous releases. Never one to leave out Jamaica, the Island that assisted in his career development, he adds some Dancehall flavour to the project. Known for bringing legends together, Khaled recruits Bounty Killa, Capleton, and Buju Banton for the album’s closer, “Where You Come From“!

Produced by the legendary The Runners and featuring a sample from another legend, Barrington Levy, Bounty Killa, Capleton, and Buju Banton showcase their timeless flows and lyrical abilities in what sounds like a Dancehall cypher. If you’re familiar with these Dancehall Giants’ careers, you know they’ll never flop when given the chance to represent. We expect to see a music video for this very soon. DJ Khaled’s “Khaled Khaled” album is now available on all digital music streaming platforms.

END_OF_DOCUMENT_TOKEN_TO_BE_REPLACED

Ready for more music? Well, you’re gonna love this one. We’ve featured Recording Artist Kaylan Arnold before as she was a part of the Kris Karz & Kngly Studios produced “Kngly Live“, but since then she has been thrilling folks with her covers and a couple features. Today we get her first single as the First Lady of DadaSon Entertainment titled, “The Crown“! Produced by Jason “JVibe” Farmer and featuring a few samples including Barrington Levy’s “Murderer” and vocals from Gramps Morgan, Kaylan gives us the melodies that many of us have been accustomed to. For those new here, you’ll be welcomed to some lovely sounds from the young Songstress, and you’ll have no choice but to put on some dance moves during. They can try to stop you, but they can’t take the Crown! Check out the track below, and share with a friend. Show us some love on Instagram at @13thStreetPromo.

END_OF_DOCUMENT_TOKEN_TO_BE_REPLACED

If you’re familiar with Hot 97, you’re aware of one of their personalities, DJ Megan Ryte. Recently she announced that she has signed with Interscope Records, and in celebration of her achievement, she released her debut single, “On & On“! Produced by MyBoyRoach, this blends some Caribbean vibes thanks to Tory Lanez, Hood Celebrityy, and the legendary Barrington Levy who appears as a sample. The song, which aims to prep listeners for the Summer fun and love, sampled Levy’s 1994 single “Be Strong“. Produced by Levy and released through the Lipstic Label, “Be Strong” was featured on his 1993 project, “Barrington“, and given the acoustic treatment on his Album “Acousticalevy” which was released in 2015. The song finds Levy trying to do right with his lady, but is bombarded with a lot of trials throughout. The Artwork for “On & On” was also inspired by Levy’s 2008 Album, “Teach The Youth: Barrington Levy & Friends At Joe Gibbs (1980-85)“.

While the temperature’s going up, why not give this tune a listen and get ready for Summer! Listen below, and follow us on Instagram at @13thStreetPromo.

END_OF_DOCUMENT_TOKEN_TO_BE_REPLACED

Hello December! It’s that favourite time for many, the Christmas Season! While many may have opinions on the season, or don’t wish to celebrate it, you can’t go wrong with remembering the real reason for the season, and the great music that pops up! On the first Oldies Sunday of December, we kick off a Christmas Edition, and the first selection comes from the legendary Barrington Levy! Remixing the Jimmy Boyd 1952 classic, “I Saw Mommy Kissing Santa Claus“, Barrington drops “I Saw Mommy Kissing A Dreadlocks“! Released by Mic Productions and features Recording Artist/Producer Trinity, this song was featured on the 1981 Christmas compilation project titled, “Yard Style Christmas”! In the song Barrington sings about catching his Mother kissing a dreadlocked Santa Claus who stopped at his house because of a storm and brought greetings and gifts of Sensimilla (Marijuana) from Jah.

END_OF_DOCUMENT_TOKEN_TO_BE_REPLACED

While your favourite Artist may be using Reggae/Dancehall creatively (or stupidly) in Jamaica, the influence of the Music Culture continues to affect many others worldwide. One person in particular is Taru Dalmia a.k.a. “Delhi Sultanate” of New Delhi, India, as he uses not only Reggae, but the Sound System Culture to channel his Political Activism. While India is under the rule of the Hindu Nationalist Government lead by Narendra Modi (Bharatiya Janata Party), Taru alleges that free speech is being threatened under his rule, and using his talents will assist the many protests that are being held in many Universities across the nation. Armed with classic singles, and Dub Plates from the likes of Toots Hibbert, Barrington Levy, and Anthony B, he hopes that his assistance in the fight will not be in vain.

Taru is also a member of The Ska Vengers, a live Band that blends Dub, Pop, Ska, Jazz, Rap, and Punk to deliver a new sound. Below is a clip from the Al Jazeera Network where we look into Taru’s journey, and the challenges he has faced so far. We also feature some of the singles that could spark protests, and some that speak against the Jamaican Government.

END_OF_DOCUMENT_TOKEN_TO_BE_REPLACED 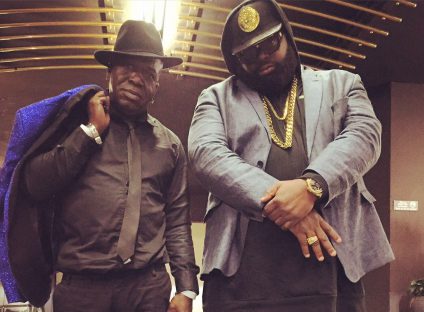 Platinum Camp Records CEO Daddy Biggs and the team behind Reggae Sumfest 2016 presented for the first time ever, Barrington Levy and Beenie Man together on stage in Montego Bay, Jamaica. Together they performed their mega hit single “Murderer” which sent the crowd in a frenzy during the historic performance. It became a diplomatic affair as Biggs arranged for Rapper Shyne to fly to Jamaica from Belize to join Levy a.k.a. “Mellow Canary” for a surprise performance of their hit records “Bad Boys” and “Bonnie and Shyne”. The crowd erupted as the Hip Hop and Reggae Artists joined forces. It was a night of sheer pandemonium to see the two “bad boys” walk on stage for a final showdown.

In another interesting move, Daddy Biggs has arranged a Latin American and a European tour for Levy in the final quarter of 2016 which commences in Chile in October. Barrington Levy is also promoting his latest single “G.S.O.A.T”, which means “Greatest Survivor of All Time”. The song is an excellently crafted masterpiece that is set to be released on August 6th to commemorate the great survivors of Jamaica and its Independence. 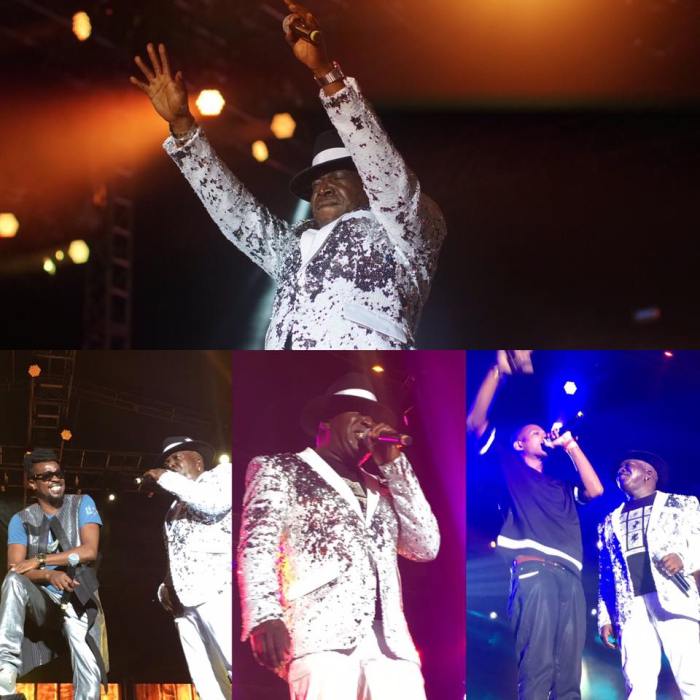