It’s always good to hear some of our favourite songs in TV and Film, especially when you’d least expect to hear Dancehall, Reggae, or even Soca music in them. Known as one of the most sampled Dancehall track, Sister Nancy’s “Bam Bam” is still doing its rounds. This time around, it has made an appearance in Netflix’s newest series, “Maid“.

Featured in episode 3 of “Maid”, “Bam Bam” was produced by Winston Riley and released in 1982. It created history as it put Sister Nancy on the map for being the 1st Female Dancehall Artist, and the first to tour internationally as one. To check out content on Sister Nancy and “Bam Bam” including our Playlist highlighting the many times it has been sampled, click here. “Maid” is a Netflix series about a young mother who finds a job cleaning houses in order to provide for her child and build them a better future after fleeing from an abusive relationship.

END_OF_DOCUMENT_TOKEN_TO_BE_REPLACED

They say Dancehall caan stall, and it continues to seep into Pop Culture, and many other avenues. In 2020, the legendary Sister Nancy’s classic “Bam Bam” was sampled in DJ Yellow Claw’s hit single “Baila Conmigo” featuring Saweetie, INNA, and Jenn Morel, and today it got featured in Social Media platform Instagram’s latest campaign!

Doing their part in providing informative content during the Covid 19 Pandemic, Instagram’s latest campaign, the Sister Nancy sampled “Baila Conmigo” by Yellow Claw was used as the campaign’s soundtrack. The animated visual also featured a dancer sporting clothes which represented Jamaica’s flag colours of Black, Gold, and Green. Sister Nancy’s “Bam Bam” was released in 1982, and is considered one of the most sampled Jamaican songs in music history. You can find content relating to “Bam Bam” including our special Playlist here.

END_OF_DOCUMENT_TOKEN_TO_BE_REPLACED 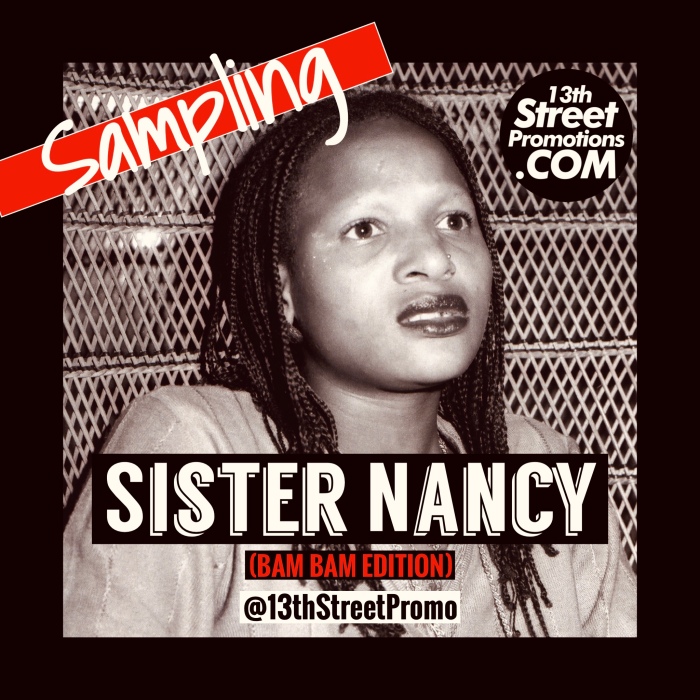 Today, January 2, 2021, we celebrate the 59th birthday of the iconic Sister Nancy. An artist who broke barriers and paved the way for many female Dancehall artists, Sister Nancy is a legend through and through. In honour of her birthday, we feature her in our latest Playlist (and 1st Playlist of the year)!

Highlighting her 1982 classic, “Bam Bam“, we look back at some of the times the single was sampled. From Jay Z to Amara La Negra, from Logic to Tamar Braxton, “Bam Bam” has come a long way to becoming one of the most sampled tracks in music. Take a trip down memory lane and learn something. Big up the great Sister Nancy! Want to get some backstory on “Bam Bam”? Check out this Reggaeology Podcast episode.

END_OF_DOCUMENT_TOKEN_TO_BE_REPLACED 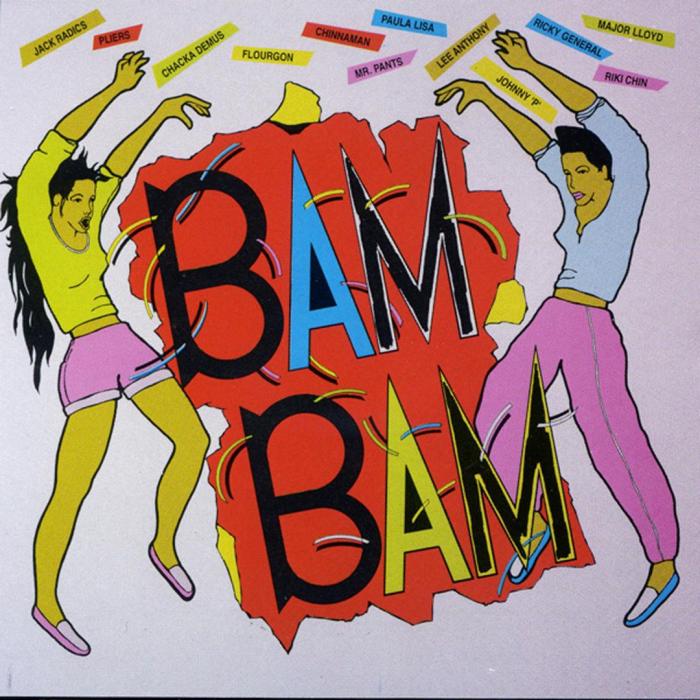 Today’s Oldies Sunday selection promises to get you dancing. While dancing music is no stranger to Dancehall, we go back a couple decades to hear a fun one from Dancehall Artist, Mr. Pants. Today’s selection is, “The Bam Bam“! Produced by Elon J Robinson on a variation of the “Bam Bam Riddim“, the track was released through the Top Rank label in 1992. Throughout the song, Mr. Pants paid respect to the “Bam Bam Riddim”, and utilized “Bam Bam” as its punchline. On the song, Mr. Pants utilized a vocal style similar to then top Deejay Tiger, but overall made a catchy song that required you to bust a dance move or few. Everybody love off the “Bam Bam”, and you should too!

Mr. Pants’ “The Bam Bam” enjoyed some success, and was added to his string of releases which included, “Original Stamina”, “New Style”, “50 Pear”, “Rema and Jungle” with Yami Bolo, “Carry It Back”, and “Duck” which was also featured on the “Bam Bam Riddim”, and utilized the same Tiger styled delivery. Mr. Pants hasn’t released many songs since “The Bam Bam”, but fans still check for Mr. Pants’ music every now and then. If you’re familiar with Event Director/Jamaican Social Media Personality @iRealPedro, this is his Dad. Shout out Pedro!

Set your time machine to 1992 and check out the track below, and share with a friend. Show us some love/follow us on Twitter and Instagram at @13thStreetPromo.

END_OF_DOCUMENT_TOKEN_TO_BE_REPLACED 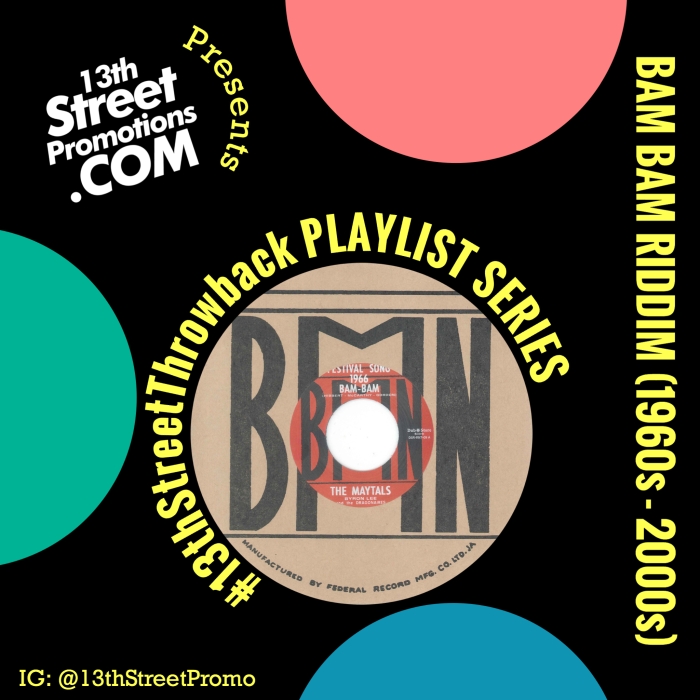 Recently, International Recording Artist Jason Derulo released his latest single, “Too Hot“. While Jason has a great run with the pop hits, a familiar sound can be heard throughout the track, and it was the 1993 Dancehall classic, “Murder She Wrote” by Chaka Demus & Pliers! Produced by Sly & Robbie for the Taxi Label, this song is Chaka Demus & Pliers’ signature track, and sampled another classic, the 1966 Toots & The Maytals’ “Bam Bam” which was produced by the late Byron Lee! Today, we’re gonna highlight the classic samples, songs that sampled them, and the many variations of the “Bam Bam Riddim” in our new “#13thStreetThrowback” Playlist series! It’s time to learn something, and party away!