As a child growing up in Mandeville, Manchester, Miguel “The Drawtist” Bell was all about Art. His daily sketches caught the eyes of his peers and anyone who’d be interested. From his School days to adult life, he never stopped developing his skills. Recently, he leveled up by releasing his first official Comic Book series titled, “Shadow Trapped“! With a storyline originating in Mandeville, “Shadow Trapped” sheds light on a masked Serial Killer simply named, “Pinocchio Killer” and the various characters involved. Part one of the Comic follows main character Salem Smith and her encounter with the Serial Killer. Highlights of the Comic so far include Miguel’s alma mater, Manchester High School, its neighbouring Mandeville Plaza, and Villa Plaza. The Comic stands out as it’s one of the few in recent years that shares Jamaican origins.

The art style featured throughout the Comic is inspired by Japanese Anime, CreepyPastas, with edgy Manga titles. The Comic Book series is broken up into 3 parts with parts 2 and 3 releasing in the coming months. In the meantime, part 1 is available here, and if you wish to commission Miguel for artwork, you can reach out to him here.

END_OF_DOCUMENT_TOKEN_TO_BE_REPLACED 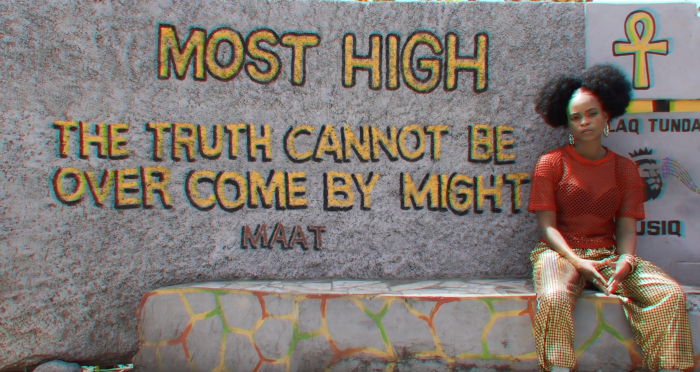 Looking back at the past can’t always be a bad thing as it aids in your growth, and shows how much your life has improved along the way. Lila Ike has come a long way however, and today she lets us in on her journey on “Where I’m Coming From“! With a visual directed by Nickii Kane and Lila, Lila went back to her hometown of Christiana, Manchester (Manchester’s the home of this Blog 😄) to reconnect and built a vibe with friends, family, the In.Digg.Nation team, and Chi Ching Ching! The visual also shows a younger Lila Ike during her Manchester High School (Sic Luceat Lux) days where was seen assisting the School Choir, performing at her graduation, and interacting with friends. With Lila, you know the fashion will come out as she rocked various hairstyles and outfits throughout.

With solid singles out, Lila Ike is continuing her path in being one of the upcoming greats in recent years. Regardless of where she is in life, she’ll always give thanks to The Most High for the blessings and the strength throughout. Be on the lookout for Lila Ike as she’ll be performing in a town near you soon on her headlining European Tour! Lila Ike EP on the way too.

END_OF_DOCUMENT_TOKEN_TO_BE_REPLACED

While she stands at 5 ft something, she makes a gigantic scene when she lets her notes fly! Lila Ike is an Artist you should be familiar with. While she has been showcasing her talents for a while, the spotlight got a bit bigger when it was announced that she’ll be joining the good folks at Reggae Artist Protoje’s In.digg.nation Collective. You’ve heard her on tracks with Protoje, Koro Fyah, and Royal Blu, but 13th Street Promotions caught up with her recently for a quick “Innerview”! Straight outta Manchester, Jamaica, get to know Lila Ike!

13thStreetPromo: Hey Lila! Thanks for taking the time out of your busy schedule to rock with us. Many have heard you on tracks like Protoje’s “Flight Plans“, and on your debut single, “Biggest Fan“, but who is the Artist named Lila Ike?

Lila Ike: Thanks for having me. To keep it simple and sweet, Lila Iké is a chill person who just enjoys creating and vibing.

13thSP: When did you discover that you could sing, and when did you decide that you want to pursue a music career?

LI: I discovered I could really sing during my years in Primary School (Elementary School). Realizing how good I was, I decided I wanted to pursue it as a career during my time in University.