It’s another Summer, and it’s time for the Pool Parties, new fashion, new destinations, and for those in School, freedom from the books for a while. For others, it’s a time to discover new music, and we’ll gladly help you in discovering new Artists. We advise you to get proper headphones, great speakers, money for tickets and audio purchases, and the mindset to fully enjoy the music. Here are 15 Artists to watch out for this Summer!

*These Artists are not ranked in any way

With a few years in the game, Florida based Recording Artist Khxos (formerly Khaos) has been releasing Dancehall tunes and gaining attention thanks to Social Media. He received a buzz that started to bubble in Summer 2015 thanks to the release of “One Touch”. Summer 2016 kept the ball rolling with his debut EP “Deception”, but collaborations with Andrew Trabass, Chargii, and Lincoln 3Dot helped to keep it blazing for the rest of the year. Early 2017 however saw his name change, and the release of “So Loud” and “BOMM” propelled him as one to watch this Summer as he prepares to release his debut Album, “Dopamine”.

They don’t call him “El Fuego” for nothing, his music keeps you on your toes, and his lyrics hit like the hot oil from frying Plantains. This Artist has been quietly making his way onto the scene and has made appearances from “New Wave” to “Live From Kingston: Class 2016”, to “Imprint” to Protoje’s “For The Culture” event. His collaborations with the likes of Lila Ike, Runkus, and Leno Banton have received numerous hits on Soundcloud, and he hits the road (or Air) with Runkus as a part of the “Class Is In” European Tour and a stop at the German Summerjam this Summer!

This Songstress came as a surprise this year with the release of her debut single, “So Shy”. Known as “The First Lady Of REM”, she followed up with a freestyle (Believe In You), and a follow up single titled “The Cycle”. She has also made appearances on “Smile Jamaica”, “New Wave”, “Speak”, and “7 am In Kingston”. Yanah is currently working follow up singles, and makes an appearance near you this Summer!

Leno Banton a.k.a. “The REMperor”, has been quietly making a name for himself and bringing his Rapid Eye Movement (REM) Collective along for the ride. Starting out as Lord Leno in 2015, he has built on his brand with the help of “Yardie”, “AK Beat”, his debut Mixtape “REM SZN”, and his appearances at events like “New Wave”, “For The Culture”, and “Compound Live”. With “Gypsy”, “Mind Heart Soul”, “Meanwhile” with Royal Blu, and “Universe” opening more ears in 2017, he looks to deliver a follow up to his debut Mixtape this Summer!

A new member of Protoje’s Indiggnation Collective, Lila has been making noise thanks to covering songs on Youtube, and appearing on songs with Koro Fyah, Royal Blu, and on Protoje’s 2016 “Royalty Free: Side B”. Recently showing her face in Europe on the first leg of Protoje’s “BLXXDCLXXT Tour”, and debuting “Biggest Fan”, fans can look forward to more music and appearances from her this Summer.

This Trini firestarter has been creating a buzz for a while in his home, and steadily gaining the attention outside of it. Blending his Caribbean influences with many genres, he has shown to hold his own in the booth with tracks like “Gossip”, “Winning”, and the “Something To Believe In” project with fellow Artist Jay Nahge. A part of the Overdose Music Group, he has been cosigned by the likes of Machel Montano, Bunji Garlin, and will be featured on International DJ Steve Aoki’s upcoming album. He also has been making noise lately with his Summer themed single, “Vacation”, and hints at a follow up.

This lyrical wordsmith has been keeping it “G” for quite a while. He gained more ears last year with his “Move In EP”, but 2017 saw him making more appearances, and dropping music like “burn everytinG”, “Skin Toned” with Royal Blu, and his “orientation. EP”. You can catch him in Europe this Summer with The Old Skl Bond and Royal Blu as they embark on their “Class Is In Tour”, and appear on the German Summerjam.

Smooth with the delivery, Reggae Artist Ras-I has been on the move with his music, performing at venues near you. With “Bad Boy Bully” and “Dread Inna Babylon” gaining traction in the streets, he has made appearances at events like “Marley 72”, “For The Culture”, and “New Wave”. This Summer however, you can catch him with his Revelationz Band in Montego Bay as a featured performer at Reggae Sumfest!

2017 looks like the year Davianah will reintroduce herself. She came on the scene a couple years ago with “Making Moves” and “Music Madness”, but has been busy touring with her Stepmom Queen Ifrica, and performing at events like “Rebel Salute” alongside her Father, Tony Rebel. This Summer however, Davianah will make her name among the greats in Montego Bay at Reggae Sumfest. In order to get to the top, you have to “Climb”.

Having made appearances on various projects and catching us with her lovely vocals, Montego Bay based Rosh decided that 2017 will see her stepping out on her own. Teaming up with Square Records, she unleashed her debut single, “Give Me Love” recently, and it promises to be a part of your Summer playlist. Get familiar with her!

Blvk H3ro has been working pretty hard. After gaining attention much of last year, he has been working on following it up this year. The release of “Feet Don’t Don’t Fail” and his appearance on “100Lbs” with Wavy Jones, Jeeby Lyricist, and Kione Zaire added to the momentum brought from his 2016 Mixtape, “The H3rb Connoisseur (THC)”. Having made appearances at various events this year, he hopes to cover even more places inside and outside of Jamaica this Summer, and deliver follow ups to his singles to build anticipation for his debut album.

Delivering his own style to the Jamaican Hip Hop scene, Slim I.D. has been building on his buzz over the years. Having released an album, “The Initiative” in 2015, 2016 saw him dropping tracks here and there, Summer 2017 will see him offering listeners new and old music, a possible Mixtape, and introducing his I.D. Music Group members and friends via his “First Of The Month” Playlist Series on Spotify.

This Rapper started out in Montego Bay, but has taken his talents to Florida, and aims for the rest of the world! Formerly named “Tazz”, he presented listeners his debut project “Savage” last year, and offered fellow talented Artists a platform last Summer with his “Vent” Open Mic Series in Miramar. Having kicked off a brief “Dreamer Fridays” series earlier this year, he aims to turn up the Summer with a follow up project titled “Frustrated Dreamer”, and host more “Vent” events.

This Bajan Producer decided to hit the booth last year, and emerge as a Recording Artist. It paid off however as he found hits with “Give It To Me”, the I-Octane assisted “Perform”, and “Camilla” to rock “Cropover” 2016. This Summer and “Cropover”, he promises more hits with the recently released “9”, and many more! Embrace the Future Soca Artist.

She adds the “sexy” to all of her music. With sultry and powerful vocals, you can’t help but keep her on repeat. With “Skin” getting her name out there, it’s her delivery on retro Reggae tinged “Undercover Lover” that promises you’ll be a fan. Expect to hear her voice even more this Summer, and a raise the degrees even more! 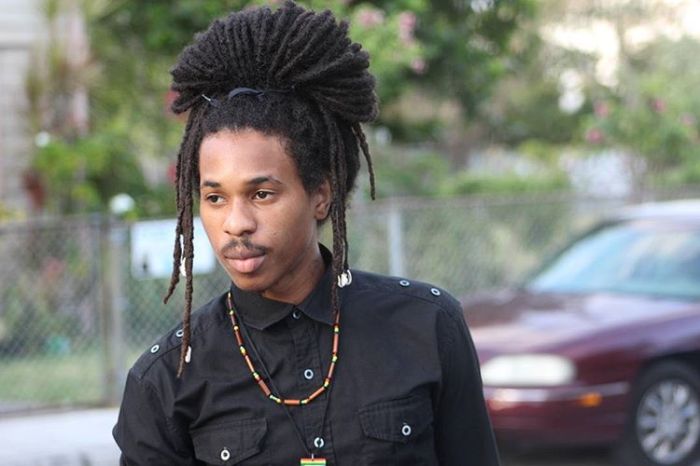 These Florida based Recording Artists are like Goku and Vegeta (Anime fans get this), and they have been giving viewers a show at various events. Delivering powerful music, they promise to show up at an event near you this Summer.  They’ve also made some noise earlier thanks to their appearances on “Kngly Live”, an Acoustic series produced by Jamaican Producer Kris Karz for Kngly Studios. 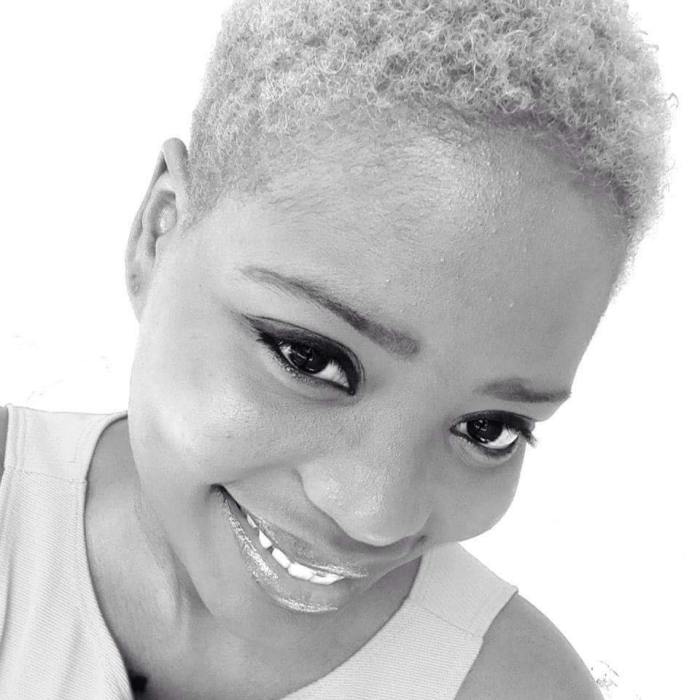 Hailing from St. Mary and based in Boston, Massachusetts, Shie has been adding her vocals to many Dancehall & R&B tinged singles and building her name in a place not many knew had a Caribbean presence. Having taken a break, she’s now back on the scene and is ready to make her voice heard this Summer. She released a dedication to Fathers with “Superman”, but looks to get back in the groove with new singles produced by Nuh Response Productions.

GiRL has been making early 2017 her own thanks to her Roe Summerz assisted single, “High”, but what got her on the radar of many was her bold move of releasing two videos for the single. While showing her face and bringing the voice to events like JPSco’s “The Women In Energy Conference”, Kingston City Run, and Arts In The Park, GiRL hopes she makes it to your regular rotation this Summer when she releases “Hinges”. Make it a hot Summer, and a “GiRL Summer”!