Breakout Dancehall Artist 450 has been on a winning streak thanks to his music releases, and is steadily building his career to reach even greater levels. The singles “Imperfections”, “Journey”, and “Gyal Thief” shot him to stardom this year, and he has become the Artist to watch. His melodic style paired with raw lyrics continue to elevate his brand, and he is gearing up to release more music that shows his versatility. For his latest single, 450 takes a menacing turn on “Purge“.

Produced by Falconn for Tru Ambassador Entertainment, 450 has murder on his mind on “Purge”. He uses his melodic flow to share dark scenarios where he has to deal with his adversaries who have been disrespecting him and his associates, and is leaving no stone unturned when it comes to handling such matters. For those who thought 450 was a one dimensional Artist, he flips the script by channeling his Murderer mindset, and may just shock some of his listeners in the process. Accompanying the new single is a music video directed by Icey Jace Film Factory that is bound to capture your attention in a similar as watching one of the “Purge” films. 450’s “Purge” is his last offering for 2021 as he will be taking on a string of US performances come next year. He is confident that “Purge” will be another hit to add to his growing catalogue, and urges fans to support it in every way.

END_OF_DOCUMENT_TOKEN_TO_BE_REPLACED 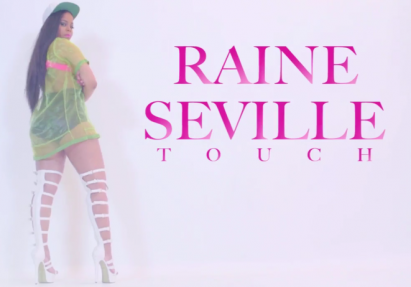 After premiering the Island Jams produced single earlier this year, Raine Seville delivers the visuals for her steamy single off the “Bruk It Off Riddim“, “Touch“. Directed by Icey Jace, Raine brings the hotness to your screen with these help of sexy dancing, and her various outfits. From helping troubled couples to chilling in the club, temperatures will be rising, jaws will drop, quarrels will cease (or start, depending on the couple) and heart rates will increase throughout this sexy visual. Check out the video below and share your thoughts in the comments section.

END_OF_DOCUMENT_TOKEN_TO_BE_REPLACED

In today’s world, it’s all about achieving success. Lia Caribe on the other hand states she has no time for anything but the paper in her visual for the ZionnoizFreeze Records produced track, “Dolla Billz“. Directed by Icey Jace with BakerSteez using his editing magic, Lia says love can’t pay her bills and she wants the money to get what she needs. Watch her wash them at the laundromat, stacking them with her money machine, and of course getting to the cheddar with her friends. A clean visual that focuses on the “Money on my mind” statement, Lia will have viewers chanting the chorus in no time. Off ZionnoizFreeze Records’ “Green Essence Riddim“, it’s a “Real Rich” tune (word to Tanto Blacks)! Tanehmanay! Check out the video below and share your thoughts in the comments section.

END_OF_DOCUMENT_TOKEN_TO_BE_REPLACED

With a song that created a trend that had Gas cylinders shaking in their boots and others receiving Instagram likes and Twitter retweets, there is finally a music video out for Ding Dong’s “Gas”! Directed by Icey Jace Film Factory, and features Bravo, Chicken & Beer, Ravers Clavers, a lot of Gas Cylinders, and many other cameo appearances, we see a lot of dancing as Ding brings the high energy to the visual. If your stomach hurts and you haven’t had tea or food in a while, it’s probably gas. Get your Cylinders ready, check out the video below and share your thoughts in the comments section.

END_OF_DOCUMENT_TOKEN_TO_BE_REPLACED

Today’s new video comes from the lovely Keida. Titled “Hot Ash” and directed by Icey Jace Film Factory, we see Keida on a road trip with a couple of her friends and during all their fun they’re enjoying some of that good herb. We know the procedures, roll it up, light it up..you know the rest! Check out the video below and share your thoughts in the comments section.