In our “2018 Predictions” post, we predicted that there will be more Women making their way onto the Caribbean Music scene. In an Industry that hasn’t always been kind to the Female Artist, we have enjoyed the works from many over the years, but we have also asked for some who can step outside the box and give us music that’ll blow us away! The following Artists have been slowly making their name out there for some time, and aim to be mentioned along with their established peers. 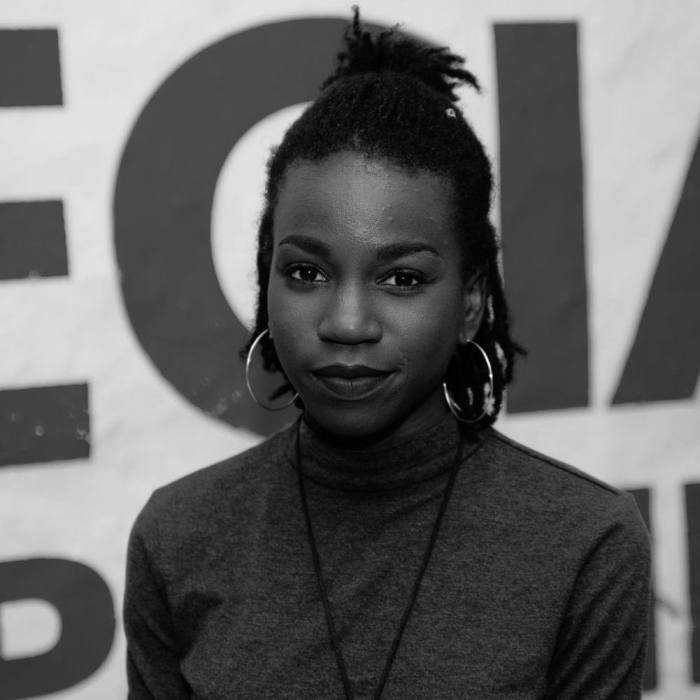 We mentioned the songbird in our 15 Artists to look out for feature last year, and she has been making steady progress since her debut single, “So Shy“. This year has already seen her start off in a good way with “Doe Try Me“, with promises to deliver even more music. She steals the scene with her voice, and you need her in your playlists. 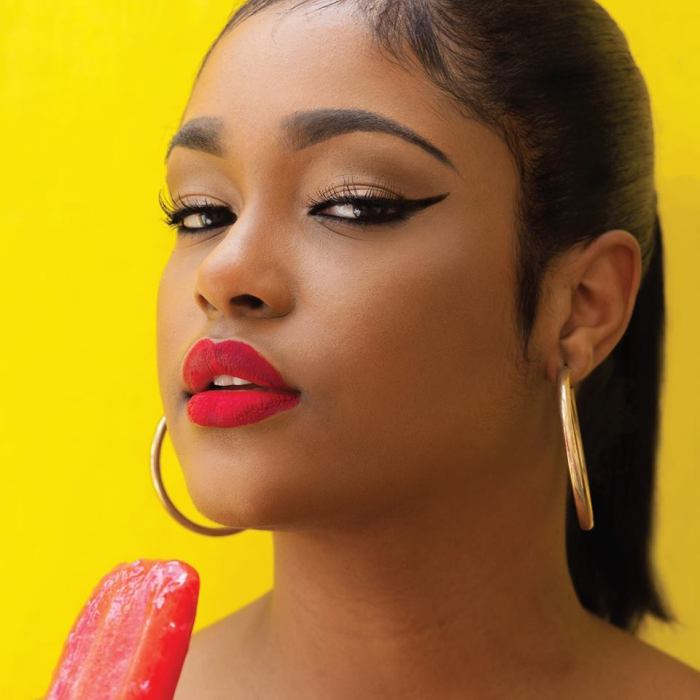 Jane has been on the scene for a while, but made a lot of noise in 2017 thanks to her single, “Too Late“. A member of Zinc Fence Records, she made her debut in 2014 with “Babylon” and has been on the radar of many ever since. Last year saw her music being featured in the Amazon Video series, “SYN”, and this year may be the year she releases a full length project! It’s not too late to get familiar with her. 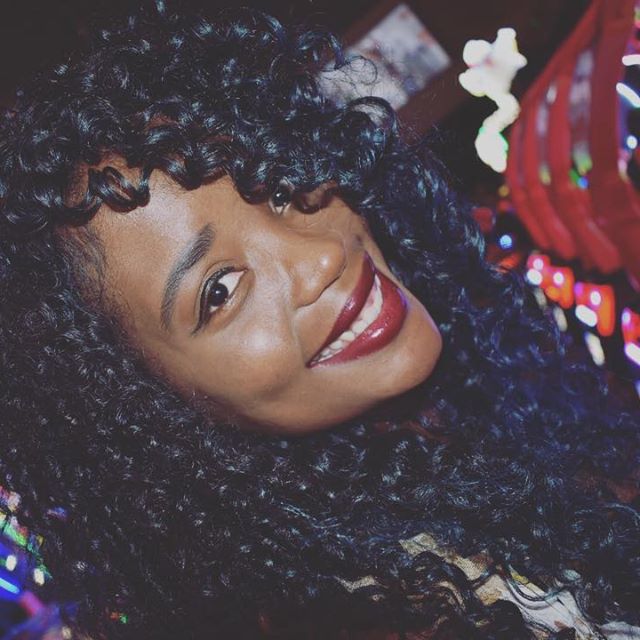 Formerly Shie Musik, she was featured in our 15 Artists to know post as well as she was coming back off of a hiatus. She has lent her voice to various Dancehall singles, and with the new moniker she aims to touch on more genres. With singles like “It Up“, “Bandwagon Selecta“, “Sweetest Love” and her latest “Again“, let her music put some light in your life!

GiHRL is one you need to watch as well. Coming off a good 2017 with a few releases and appearances, 2018 sees her star shining even brighter. How many Artists do you know that released two Music Videos for one song and both are dope? She did that with the Roe Summerz assisted “High“. She also got the ladies flaunting their dance moves with “Hinges” last Summer, and the video is still making its rounds. Make way for GiHRL! 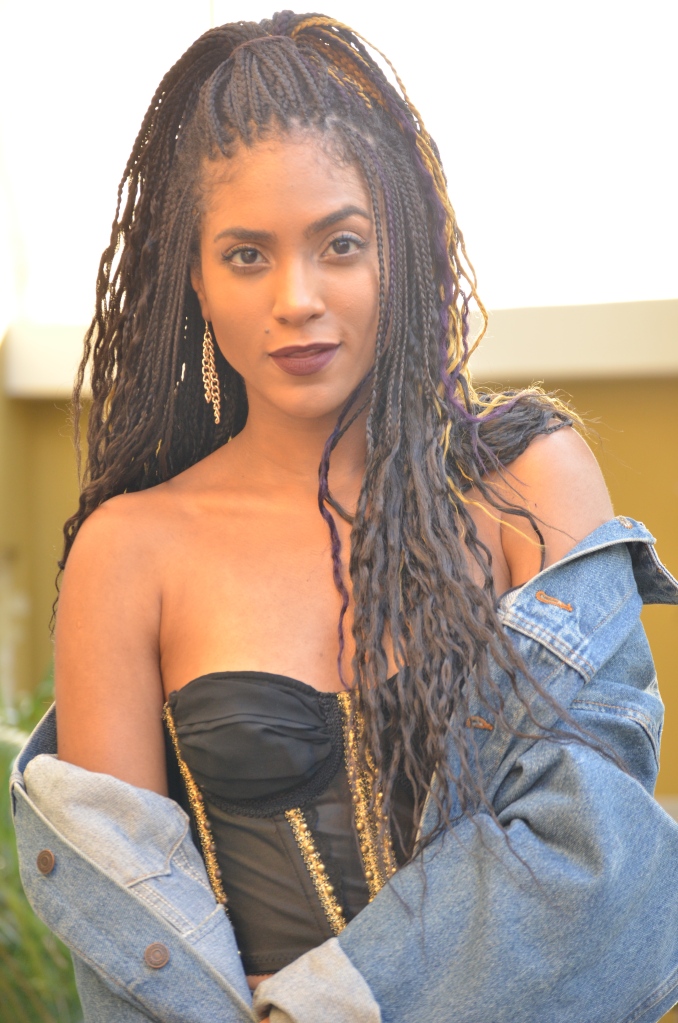 A Daughter of two Jamaican legends, Recording Artist/Minister Carlene Davis, and Recording Artist/Producer/Minister/Promoter Tommy Cowan (OD), it comes as no surprise that Naomi Cowan has followed in their footsteps. Having spent a few years in Canada, she released her first single in 2015 titled “Naked“. Since her return to Jamaica last year however, she has been making her name out there. She caught the attention of many with her version of the Mark Pelli assisted single “Things You Say You Love“, which was originally done by Reggae group The Jamaicans (which her Dad was a member of) in 1967. You can’t lose if you stay tuned to her career in 2018! 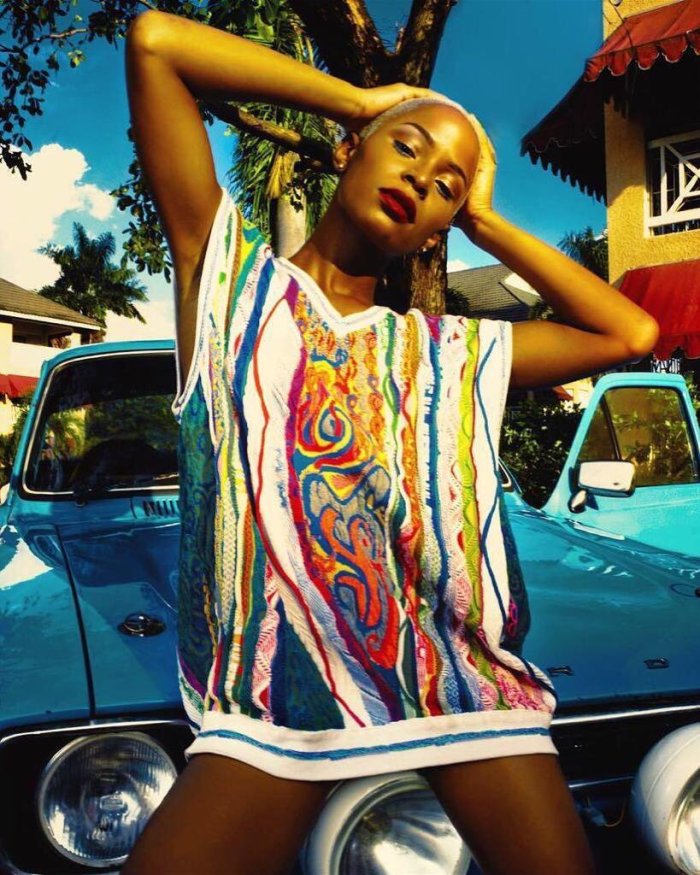 Riki is the Artsy Island Gyal you need to know. With an image that’ll catch your attention, she’ll grab it even more with her music. With 2017’s “Venting” and “Waterfalls” putting her name out there, she packs a rude gyal attitude, and lyrics that speak on her everyday experiences. Affiliated with Portland’s GeeStreet (A division of GeeJam Records), she plans to make more noise in 2018. Check out her Mini Doc series (1 & 2).

She is the Daughter of other Jamaican legends, Recording Artist Karen Smith, and famed Bassist/Producer Jackie Jackson, but Courtni is determined to make her own mark. She has done back up for her Mother and many other performers, assisted Artists like Jeeby on his single “On A Wave“, and is also a member of the “Di Vibe” musical collective. 2017 however saw her stepping out with her debut single, “Broke My Heart“. We await her follow up, as you should! 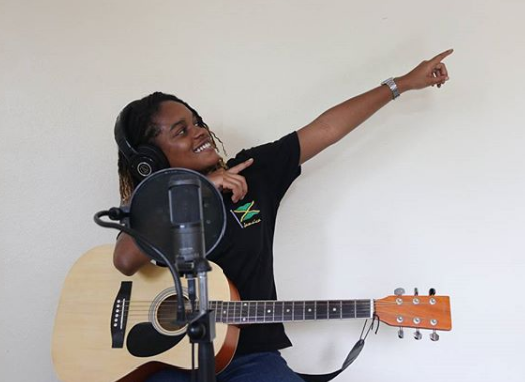 Koffee became a viral sensation in 2017 thanks to her Acoustic tribute to the legendary Sprinter, Usain Bolt. Her star shone even more with the release of her debut single, “Burning” late last year. Receiving cosigns by some of the best in the business, and her debut performance at the popular Wickie Wackie Festival in December ensured that she will be a force to be reckoned with in 2018. Stay tuned!

If you haven’t heard about Lila Ike last year, you were definitely living under a rock. With her unique delivery, she made a lot of noise last year with her 1st official single, “Biggest Fan“. With her appearances on Protoje’s “BLXXDCLAAT TOUR”, performing at various events locally, and her follow up single “Gotti Gotti“, 2018 will make you a fan as she’s working on more hot tracks. Blessings and light! 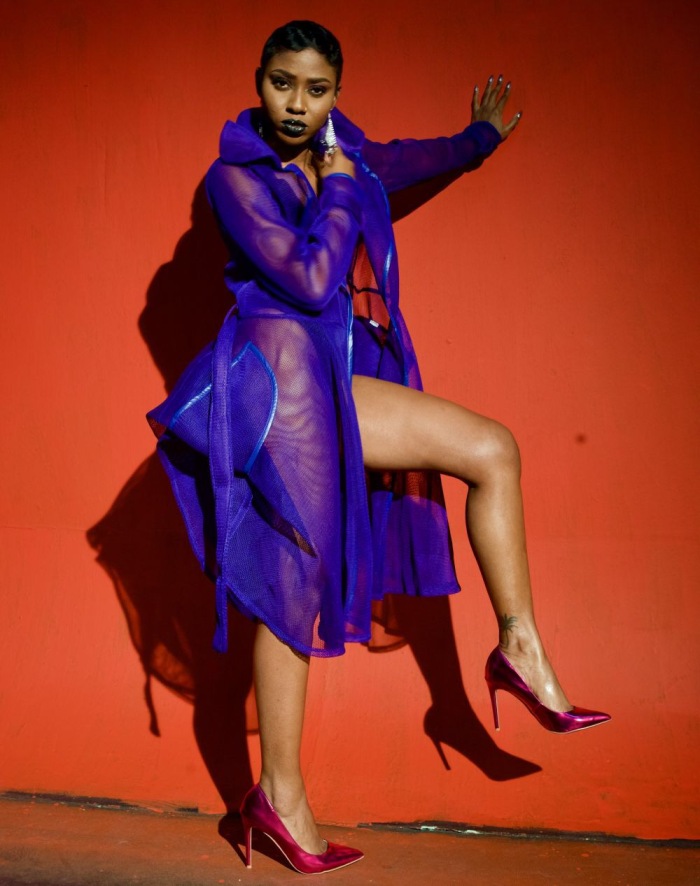 She has been entertaining you for a few years thanks to her various Youtube skits, but she has also sprinkled in a few songs here and there. 2016 heard her with “Jamaica“, but the end of 2017 showed she’ll be making bigger moves with the release of “I Can Do Better“. She also joined the campaign to end Domestic Violence against Women on “Punching Bag” earlier that year. A Jill of many trades, be on the look out for more this year from Bella! 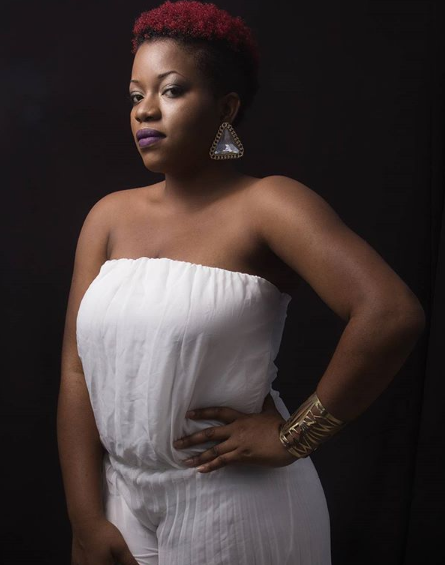 Some of you may not be familiar with the name right away, but Keiko has been on the grind for quite a while. She has been providing backup for some of your favourite acts including Protoje (she can be seen doing a lil dance number while delivering the notes), and she can definitely hold her own. In 2018 however, we expect Keiko to drop an official single, and carve her own lane in a big way! 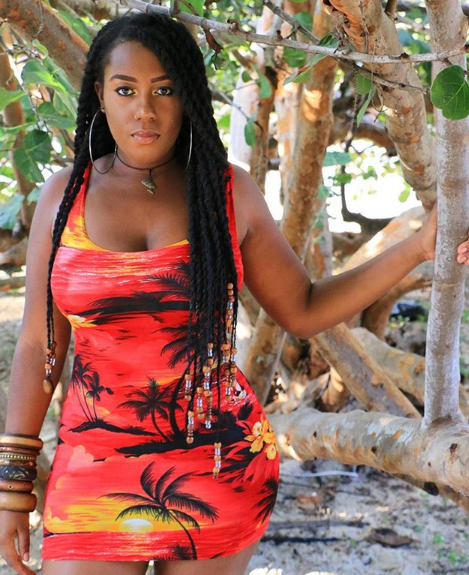 Yeza Rebel made various appearances in 2017 at some of your favourite music spots performing her heart out. The year also heard her deliver tracks like “Everything Is Irie“, “Nah Guh Argue“, and she promises to drop even more music this year. No bad vibes, just more tunes from the Rebel, Yeza Rebel! 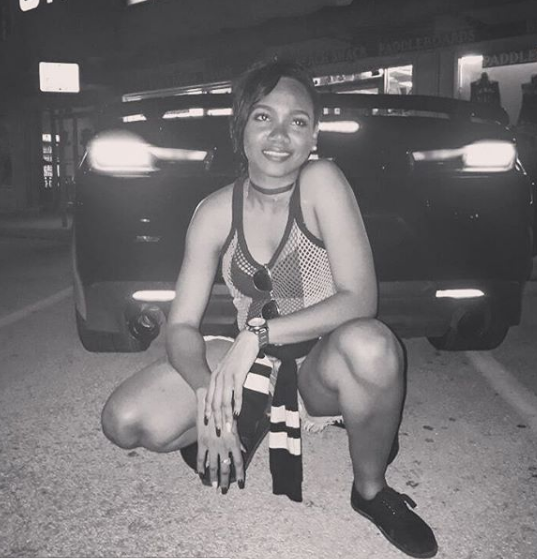 When she’s not making moves behind the scenes, she likes to step up to the mic and do her thing. Jamaica noticed her skills when she entered the Nightly Fix “March Madniss Freestyle Tournament” last year. Though she never emerged the victor in the end, she left a favourable impression among many. She also dropped a collab with Pseudo Khule, and even blessed the RockWildaz Sound with a freestyle. Will she go hard and done in 2018? Let’s see what happens.

Rosh has provided the additional sounds to many songs, but 2017 saw her stepping out and taking her place as the next one to buss! She started with her first official single “Give Me Love” in May, made appearances peforming at a few events in Montego Bay, and followed up with the 2nd single “Love Drug“. She will not be playing around this year, so get familiar with her today! 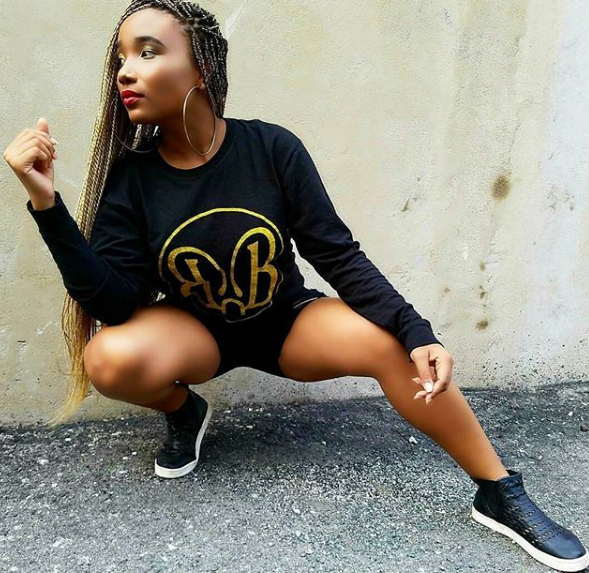 Nicketa will definitely make some noise in 2018. While she has been in the background for some of your favourite acts, and done covers of some of your favourite songs, she put herself out there in 2017. Teaming up with famed Musician/Producer Kirkledove, she released “Alright“, and has been making appearances to push the single. With a single out there, we’ll be hearing a lot more from her in 2018.