Happy Friday folks! We know many started off the day on the wrong foot, but we hope our latest entry changes all that. In fact, we believe that when you watch Ras-I’s “Kingman Ting” music video, you’ll find a huge smile plastered on your face!

Directed by LatyKim, Ras-I is fresh from the palace with this one. With great shots throughout, the addition of musicians, dancers, good friends, and great vibes, this is the video to keep on repeat. Having enjoyed a buzz since the single’s release, Ras-I and the song’s Co-Producers Koastal Kings knew they’ve found a hit once completed. It’s safe to say “Kingman Ting” is one of the year’s best releases, and we know Ras-I has more in store. Wha dem a go do fi stop Rasta?

END_OF_DOCUMENT_TOKEN_TO_BE_REPLACED

Today (October 3), Recording Artist/Herb Connoisseur Blvk H3ro celebrates his birthday. An artist who has steadily worked his way up the ranks in the new generation of creatives, many are just getting familiar with his works. He has a lot more to conquer, so get onboard and witness his journey to the top. To help celebrate his birthday, we invite you to check out some of his many features/collaborations in the “Call Blvk H3ro” Playlist! If you’re not up to speed on him yet, check out some of our posts on him here. Respect to Jeana Lindo for the photo featured on our cover. Check out some of her work here. Check out the Playlist below, and share with a friend. Show us some love/follow us on Twitter and Instagram at @13thStreetPromo.

END_OF_DOCUMENT_TOKEN_TO_BE_REPLACED

It’s a new year, and that means a lot more music is coming your way. While we gave you some Artists to check out in Summer 2017, Producers to work with, a list of lovely ladies you need to get familiar with, and a few more Artists to keep on your musical radars, we’re gonna put you on to even more who made moves in 2018 so 2019 could welcome them with open arms.

*These Artists are not ranked in any way, so nuh badda wid di mixup!

Matt Dewar has been working his way up to be heard. Armed with a melodic delivery and ability to adjust no matter the subject matter, Matt could be the next Artist you keep on repeat. Having performed at “New Breath” last year and “Imprint” recently, be sure to catch him performing sometime soon. Get familiar with “I Get Lonely Too” with Sara Bloom, “Slow Whine” with Sara and Jeeby Lyricist, and “We$t Island” below.

Jaz Elise definitely made some noise in 2018. Having made her debut on the scene with the singles “Forever Guide” and “For You“, she has brought a vibe that made everyone rock wherever she goes. From performing at “Jam We A Jam” and being called up by Lila Ike at “Live From KGN”, 2019 will find Jaz everywhere.

END_OF_DOCUMENT_TOKEN_TO_BE_REPLACED

It’s another Summer, and it’s time for the Pool Parties, new fashion, new destinations, and for those in School, freedom from the books for a while. For others, it’s a time to discover new music, and we’ll gladly help you in discovering new Artists. We advise you to get proper headphones, great speakers, money for tickets and audio purchases, and the mindset to fully enjoy the music. Here are 15 Artists to watch out for this Summer!

*These Artists are not ranked in any way

With a few years in the game, Florida based Recording Artist Khxos (formerly Khaos) has been releasing Dancehall tunes and gaining attention thanks to Social Media. He received a buzz that started to bubble in Summer 2015 thanks to the release of “One Touch”. Summer 2016 kept the ball rolling with his debut EP “Deception”, but collaborations with Andrew Trabass, Chargii, and Lincoln 3Dot helped to keep it blazing for the rest of the year. Early 2017 however saw his name change, and the release of “So Loud” and “BOMM” propelled him as one to watch this Summer as he prepares to release his debut Album, “Dopamine”.

They don’t call him “El Fuego” for nothing, his music keeps you on your toes, and his lyrics hit like the hot oil from frying Plantains. This Artist has been quietly making his way onto the scene and has made appearances from “New Wave” to “Live From Kingston: Class 2016”, to “Imprint” to Protoje’s “For The Culture” event. His collaborations with the likes of Lila Ike, Runkus, and Leno Banton have received numerous hits on Soundcloud, and he hits the road (or Air) with Runkus as a part of the “Class Is In” European Tour and a stop at the German Summerjam this Summer!

This Songstress came as a surprise this year with the release of her debut single, “So Shy”. Known as “The First Lady Of REM”, she followed up with a freestyle (Believe In You), and a follow up single titled “The Cycle”. She has also made appearances on “Smile Jamaica”, “New Wave”, “Speak”, and “7 am In Kingston”. Yanah is currently working follow up singles, and makes an appearance near you this Summer!

END_OF_DOCUMENT_TOKEN_TO_BE_REPLACED 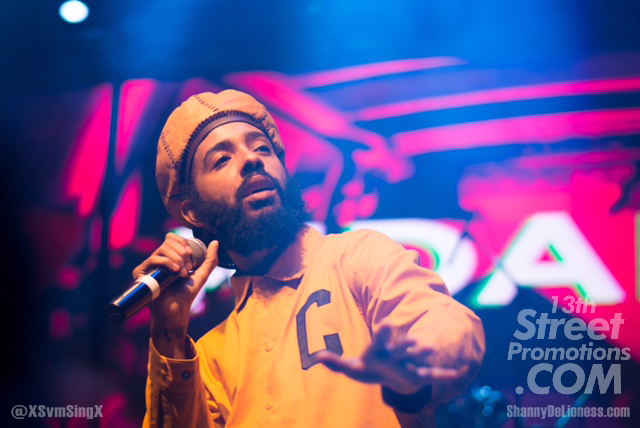 The Hope Gardens Shell Bandstand served as the perfect backdrop to showcase some of Reggae’s young royals to an eager audience of Locals and Tourists all with one thing in common…a love for the Culture. I personally gave up on Music in Jamaica until I came across these new school of Reggae Royals who through their socially conscious offerings, give honour to the many men and women who preceded them in the genre… 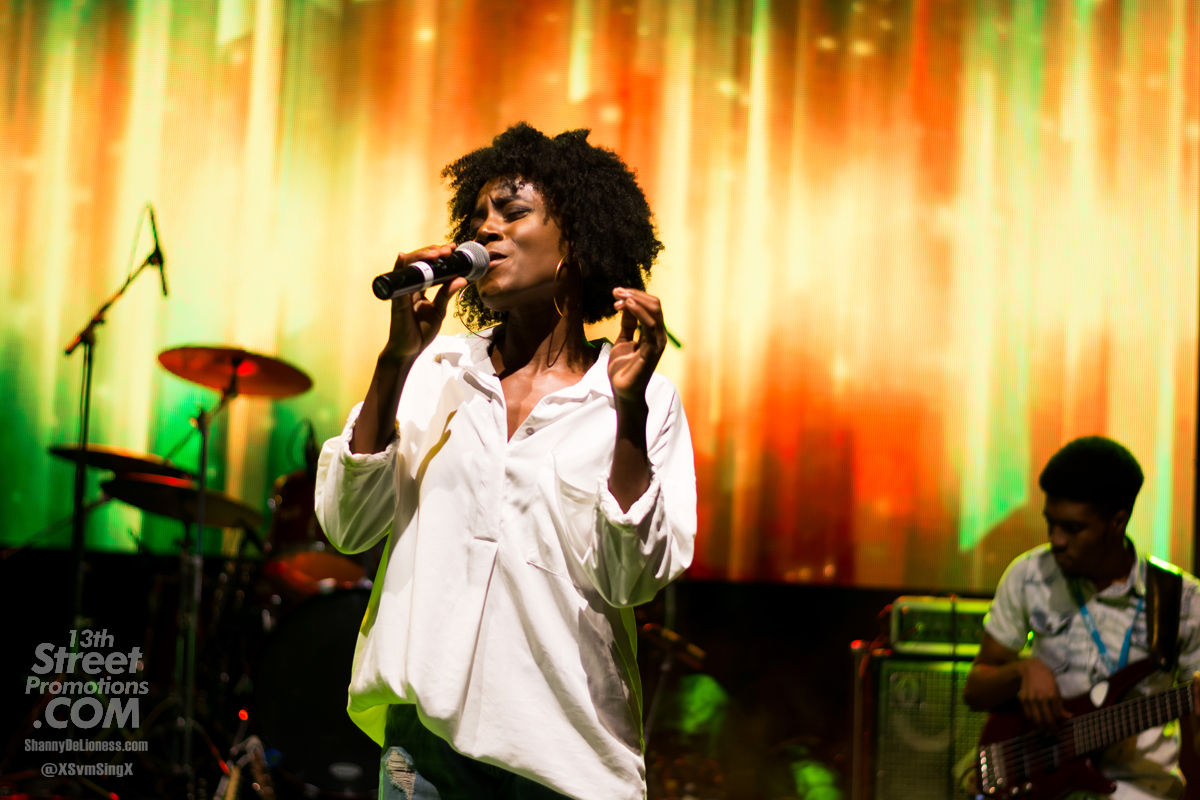 The gates opened at 7:30 Pm and the DJ for the night Yaadcore kept the early patrons entertained on the turntables, and DJ Jimmy Q of NewsTalk 93 FM handled hosting duties. By 9 Pm, the venue was almost full and the show kicked off with the opening act Sevana. Featuring cuts off her Sevana EP and even debuting a new song and a remix to Protoje’s “Love Gone Cold” (she was featured on the original), she had the audience mesmerized as she belted out tune after tune. I still refused to believe she did all that on a sore throat (Editor’s Note: She’s my Hero!!). By the time ZJ Sparks gave Protoje & The Indiggnation the greatest introduction ever, the venue was packed with patrons who were eager to sing and dance along with them.

END_OF_DOCUMENT_TOKEN_TO_BE_REPLACED 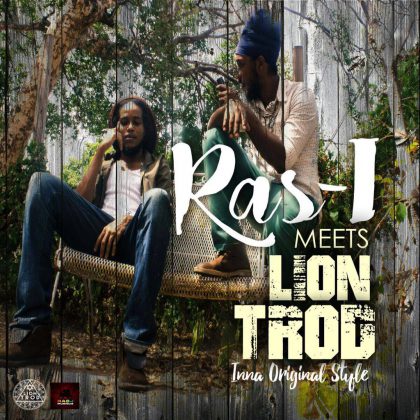 On the 3rd day of August, Ras I Musique celebrates what is declared as his “Earth Strong“. Celebrating life and prosperity, he unleashed his brand new Mixtape with Roots Reggae Dub Selector, Lion Trod. Titled “Ras-I Meets Lion Trod Inna Original Style“, they deliver 13 tracks for you to skank, vibe and blaze up a few to. Featuring his recent single “Bad Boy Bully” and the popular “Dread Inna Babylon“, listeners can rock with them and also get familiar with Ras-I and his newer selections. One of the Artists to watch this year, Ras-I continues to deliver good music and thrill many with his live performances. While there are a few who are worrying about the Weather, let this new Mixtape be your companion and build a vibe! Listen to the project below and share your thoughts in the comments section.