Don’t you just love hearing a Reggae cover version of a popular song? Well you’ll love our selection today on “Oldies Sunday“! Today we go back to the 80’s with UK Reggae Band, Aswad with the track, “Don’t Turn Around“. Produced by Chris Porter, this was released through the Mango Label and Island Records in 1988. The song was originally a Tina Turner B-Side written by Diane Warren and Albert Hammond and released in 1986, but gained the attention of Aswad when they heard Luther Ingram’s 1987 cover version. The Reggae version turned out to be a hit for the Band as it was the #1 single in New Zealand and UK (with a Silver certification), and a top ten hit in Norway, Ireland, Netherlands, and Belgium. It also influenced Swedish Pop group Ace of Base’s cover version which the Band helped to produce.

Aswad went on to release over 21 albums and scored a couple more hits, but “Don’t Turn Around” is still a crowd favourite. Nice up your Sunday by checking out the track below, and share with a friend. Show us some love/follow us on Instagram at @13thStreetPromo.

END_OF_DOCUMENT_TOKEN_TO_BE_REPLACED

Pentateuch Movement is ready to release their latest single, ‘Crime’. Moved by the social situations both yard and abroad, Pentateuch movement speaks openly on the injustices on their culture and island; Jamaica. ‘Crime’ addresses issues of poverty and hardship faced by youths everywhere.

“This song came as a result of the crime situation happening in Jamaica now from the murders to the money laundering and hustling going on, all these are results of the unemployment and illiteracy rate in Jamaica. The song is also a stance against the British government building another prison in our country an we still need to get word on that as a nation.” – Pentateuch Movement

The official music video for ‘Crime’ was filmed in the streets of downtown Kingston and in the Shelter Rock Community in Greendale, Spanish Town, shot by El Puru a.k.a. HIMAGES along with Emmy Lou Mai, and edited by Ruption of RD Studios.

‘Crime’ single is available across all digital music stores on October 26th. The music video premieres on October 26th on the movement’s official VEVO youtube channel. Pentateuch movement is preparing for the release of the long awaited album ‘Chapter XVIII’ set to be released in first half of 2017.

END_OF_DOCUMENT_TOKEN_TO_BE_REPLACED 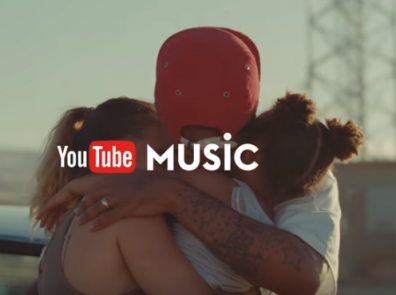 The Jamaican Influence continues to flood media all across the World this year in various forms. Recently, Youtube launched their Youtube Music service along with a new Mobile App. To help promote the new ventures, they’ve released a series of Commercials featuring various real world themes with soundtracks provided by some popular Musicians. In their latest titled “Tina’s Theme“, Jamaica’s own Walshy Fire (Major Lazer) and Virginia based Reggae Band Machet provided the music with their “Naturally” single. The single was released in May and has been well received online since. It’s not just what we listen to, it’s who we are. Check out the Commercial and the track below and share your thoughts in the comments section.

END_OF_DOCUMENT_TOKEN_TO_BE_REPLACED

SOJA is arguably the biggest Reggae Band in the US and with a huge following and great success, the only way to go for them is up! Tonight Winford Williams brought back an interview with the lead vocalist and guitar player, Jacob Hemphill. Here he spoke about the beginnings of the Band, influences, Religion, and much more. Lots to check out here so tune in! Check out the video below and share your thoughts in the comments section.

END_OF_DOCUMENT_TOKEN_TO_BE_REPLACED 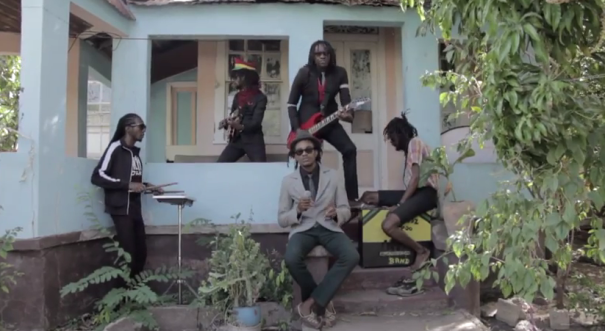 Top Shotta nuh laugh! Detailing the life of a gunman today is Reggae Band, No-maddz with “Shotta“. Directed by Kurt Wright, we see each member arise from slumber and gather their musical weapons to create some great music. The difference here is that their instruments were concealed as if they were firearms. Great visuals here from the Band with some thought provoking lyrics. Off their upcoming “Sly & Robbie Presents No-Maddz” album, check out the video below and share your thoughts in the comments section. 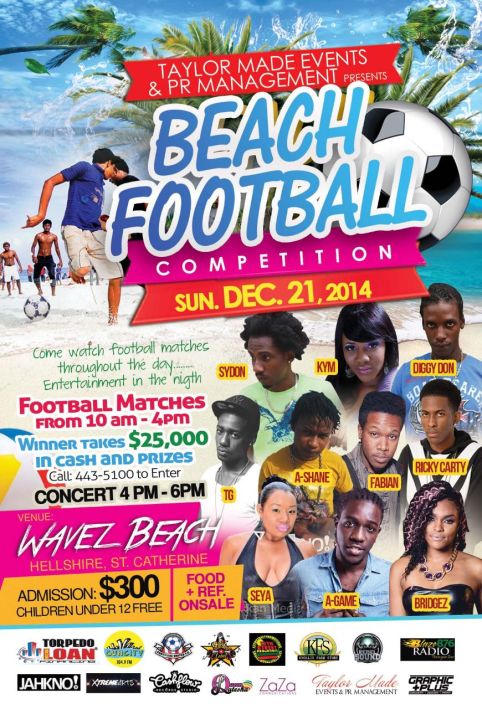 END_OF_DOCUMENT_TOKEN_TO_BE_REPLACED

Since Bob Marley’s rise in stardom, he has been one of the artists that helped to put Jamaica and Reggae Music on the map in a major way, and was also an influence to many worldwide. Since then Jamaica has been the one stop shop for foreigners to learn about the music and culture to share in their own way. Reggae band SOJA was one of the groups that were influenced by the culture and Bob Marley’s music and were interviewed by Winford Williams earlier. Here the Virginia based Reggae band spoke about their start, their influences, how Bob Marley grasped their attention, being the leading Reggae act in America and recognized greatly worldwide in their 13 year career. They also spoke about Religion, Reggae still being dominant in the future and many more topics. Very interesting Interview, Reggae Music has touched many lives worldwide. With Bob Marley being the top artist even after his passing, many were influenced and followed in his footsteps. If you’ve never heard of SOJA before, I suggest you get some of their music now. Check out the videos below and share your thoughts in the comments section.