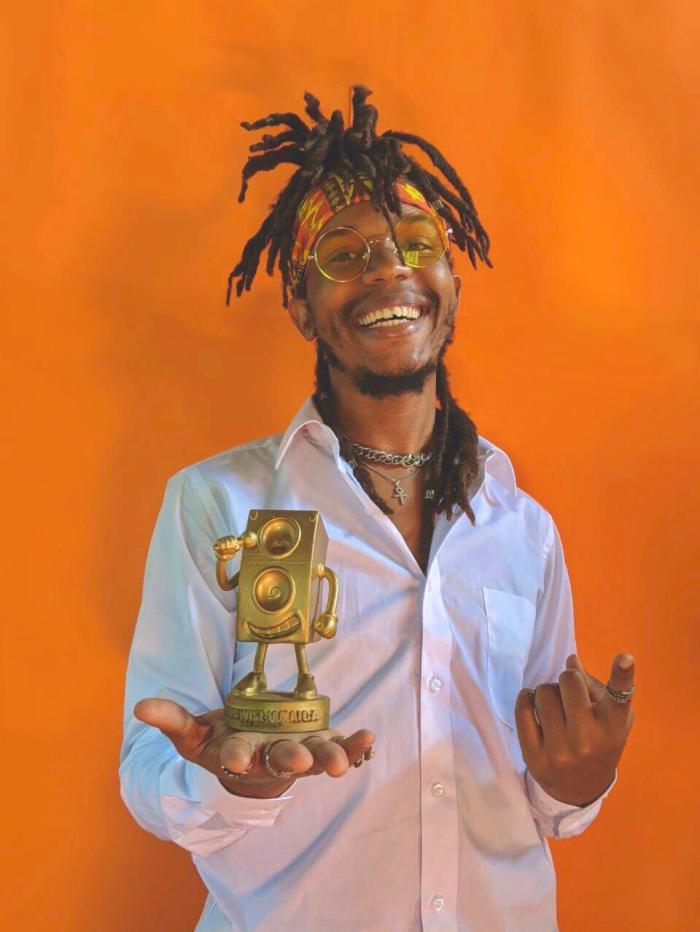 Emerging Recording Artiste Kxng Izem has been consistently building his brand, and delivering a unique Reggae Fusion sound to listeners worldwide for a number of years. With a collection of singles and projects to his name, he looks to build his ever-growing catalogue in 2021, and beyond. His work hasn’t gone unnoticed however, and he recently gained some well needed recognition for it.

2021 saw the advent of the first staging of the “Dubby’s”, an online award event series held by Dubwise Jamaica, the premiere event that was an early advocate of the “Reggae Revival” movement. Co-founded by Jason Panton, the “Dubby’s” was birthed out of a need to recognize local artistes for their contributions to the Jamaican music culture. Held on February 27, Kxng Izem emerged a winner in the “New Coup Breakout Artiste Of 2020” category. Fellow nominees in the category included Leno Banton, Blvk H3ro, Runkus, Joby Jay, Wayne J, and Royal Blu. 2020 found Kxng Izem releasing the singles like “Cool and Easy”, “Brighter Days”, “Stone Love”, and “Sunday Morning”, and looks to follow up with the release of his latest EP, “Wildfire”.

END_OF_DOCUMENT_TOKEN_TO_BE_REPLACED 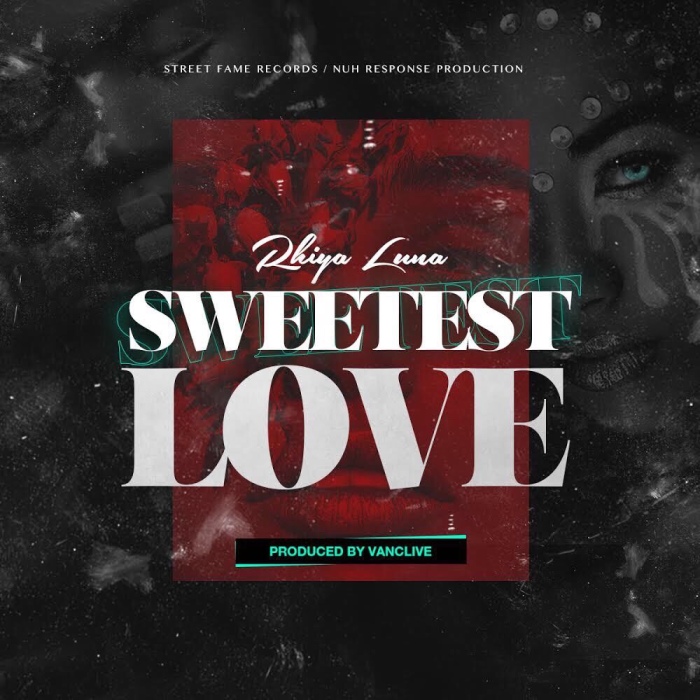 If you were a reader of our “15 Artists To Watch Out For In Summer 2017” post, you would’ve come across an Artist by the name of Shie. Though she took a break from music, she’s back on the scene and has since released a couple songs. To close off 2017 however, she has gone through a name change, and will be now known as “Rhiya Luna“. Her first offering with the new name is titled, “Sweetest Love“! Produced by VanClive of Street Fame Records, she took a break from the Dancehall vibes as she lets us know that she needs love, and can offer the best kind in return. It is a different sound coming from her, and there’s no telling what’s next from her and she likes to be unpredictable. Something for the lovers out there, and an addition to the “Love” playlists for this holiday season, and next year. How deep is your love for me? Check out the track below!

END_OF_DOCUMENT_TOKEN_TO_BE_REPLACED

With so much going on in the World today, it can really be a burden to one mentally and physically. While we may not have solution that fixes this 100%, we just have to trust the Creator. Today, Recording Artist Blvk H3ro offers a helping hand and musical healing with “On & On“. Produced by M Fasol, Blvk delivers some encouraging words and a world of positive vibes over some uplifting Production. Grandma said every Dog has its day, don’t give up! Cover design by Khari Kamau. Time to get lifted, listen to the track below.

END_OF_DOCUMENT_TOKEN_TO_BE_REPLACED 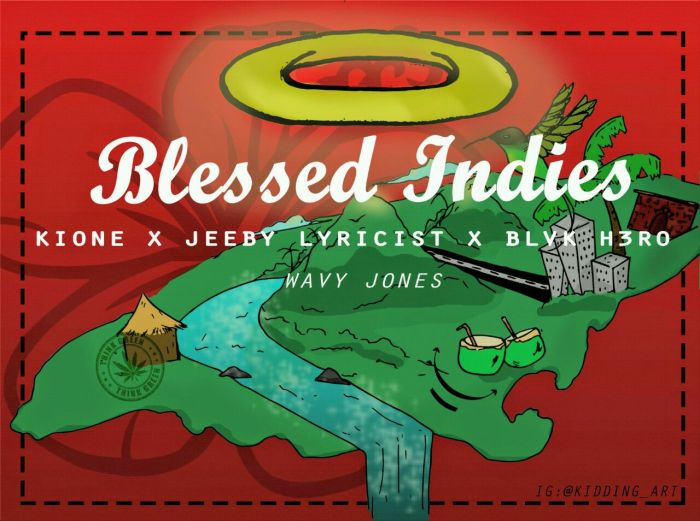 As July comes to a close, we take the time out to appreciate the beauty that is the West Indies. No matter which Island you reside in, there is an abundance of beauty there that makes it unique. Today, Jamaican Artists Jeeby Lyricist, Blvk H3ro and Kione Zaire show their appreciation for their Island on “Blessed Indies“! Produced by Wavy Jones, they all take turns expressing what makes their Island home special, and what you’re in for when you do visit. From St. E to Ochi, Mobay to Bull Bay, you can circle around town with this unofficial Jamaica Tourism campaign! Apply this to your respective Islands as we all are blessed in the West Indies. Artwork by the talented Kidding Art, check out the track below.

END_OF_DOCUMENT_TOKEN_TO_BE_REPLACED

He has been working on his time to shine for quite a while, and this Summer sees upcoming Artist Melovice in all his glory with his debut EP, “Di Vice“. A member of the REM Collective, the Singjay dropped two singles earlier this year but hopes the EP will kick down doors for him. The 8 track EP, features Production from Mck Supreme and Palace Pikney, and boasts contributions from Leno Banton, Joedon and PTRK. Covering various subjects, Melovice has no problem showcasing his unique style over some dope Production. Shout out to Khari Kamau on the Artwork! You will see and hear more of this Artist later this year but for now, check out the EP below!

END_OF_DOCUMENT_TOKEN_TO_BE_REPLACED

You call them when you want to want a fire beat to go with your lyrics, they help you turn that song into the greatest thing someone has ever heard, they spend hours creating a masterpiece that sounds so good you’re not allowed to add your vocals to it. They are called Beatmakers, Riddim Gods, and more commonly, Producers! Artists can’t live without these people, and at times they don’t get a lot of respect. We at 13th Street Promotions recognize these creatives, and today you’ll get to know 15. Watch this space!

*These Producers are not ranked in any way.

Wavy Jones is a play on the name “Davy Jones”, but he also owns a locker filled with some dope beats! Whether flipping samples on “Locker 1 & 2” or dropping the bass on the Jeeby Lyricist, Blvk H3ro and Kione Zaire featured “100LBS”, Jones is a Producer to check for! Catch him on the next Hidden Fvces or Alpine Compound project!

Whether playing guitar as a part of “Di Vibe” or crafting beats, Kone (Koh Neh) should not be taken lightly. Having produced newcomer Yanah’s single, “The Cycle” and her “Believe In You” Freestyle, delivered the right Riddim with fellow Producer BoomDraw for Blvk H3ro & Leno Banton’s “Sky Dive”, expect to hear more of this creative this year!

He doesn’t call himself a “Riddim God” for nothing. You’ve enjoyed many of his productions that have been complimented with the vocals of Jamar McNaughton, and he has an arsenal ready to go toe to toe with the best of Producers. Having recently released the “Dub Policy EP”, he’s busy preparing his compilation project titled “Top Works Vol. 1” which will feature his ZincFence Records members Ulo, Jane Macgizmo, and Inezi. You can also hear his work on Chronixx’s “Chronology” album. Get familiar!