SOL is that gang man! With King Biggs’ “XXII” dropping tonight, the members of Sons Of Liberty got together and created the “2014 Cypher“. Produced by The Defenders and J Chris Beats, each member came with their part to form  Voltron on this production that chants, “SOL is that gang man!“. Speaking on how dope they are to what they’re going through outside the booth, this entry requires keen ears. I feel a video will be out for this. Check out the video below and share your thoughts in the comments section.

END_OF_DOCUMENT_TOKEN_TO_BE_REPLACED

King Biggs a.k.a. Julian Morrison, was born in St. Andrew, Jamaica. He is the Co-Founder of the Jamaican Hip Hop Label/Collective, Sons Of Liberty. Considered the “Mutant” of S.O.L., Biggs has been responsible for a number of S.O.L. releases since its inception in 2006 whether through his productions, or his lyrics. With the release of his upcoming project, “XXII” drawing near, 13th Street Promotions took the time out to have a chat with King Biggs to learn about his sound, his “XXII” project, and some of his favourite creations.

Who is King Biggs?

King Biggs is an artiste that produces and composes music as well who specializes in Hip Hop, Dancehall and Reggae Fusion. I always seek to break down rules and barriers but in such a way that paying homage to original elements is included. I believe that art is more innovation over imitation than the inverse.

As a Producer and Rapper, you tend to have more options when creating, describe your sound?

I mostly create Hip Hop, Dancehall and Reggae Fusion even though I’m not limited to that. I call my sound “Rich Noise” and it’s all about taking the main/traditional elements of each genre and bending them into something interesting. I really like to be surprised when I listen to music, so I aim to provide that for my listeners in different ways. My sound could be Pharrell inspired in one beat, Kanye in another with a Lee Perry sample in the background. All in all I leave my mark on everything I do, so it’s not typical or monotonous to the audience. That’s just whack!

Who are your influences?

My influences mostly stem from Hip Hop in the 90’s/00’s, Dancehall from that same era, Oldies ballads and Disco music. This includes Dr Dre, Dave Kelly, Gavin Blair (Gavsborg) from Equiknoxx Music, Timbaland, Kanye West, Pharrell Williams, Quincy Jones and Lee “Scratch” Perry. A lot of music was around me when I was developing because there was the radio on RJR all day, the loud Encava buses that drove pass St Richard’s every day and the people who blared their stereo systems when picking up younger siblings or children at the schools I attended. A childhood friend, Belinda Cousins also taught me a lot about music and gave me access to the work that should shape my identity today.

END_OF_DOCUMENT_TOKEN_TO_BE_REPLACED

It’s time to PayAttention! On March 8, Club Indulge patrons will gather round and enjoy some great Jamaican Hip Hop and to celebrate the life of Rapper Biggie Smalls. Located at 2 Brompton Road, Kingston and hosted by The Sickest Drama, you’ll be treated to performances by Makonnen, Tristan, Reazonz, and Shanique Marie. Check out the Hype TV promo by The Rush and Tristan from Sons of Liberty by checking out the video below and share your thoughts in the comments section.

END_OF_DOCUMENT_TOKEN_TO_BE_REPLACED 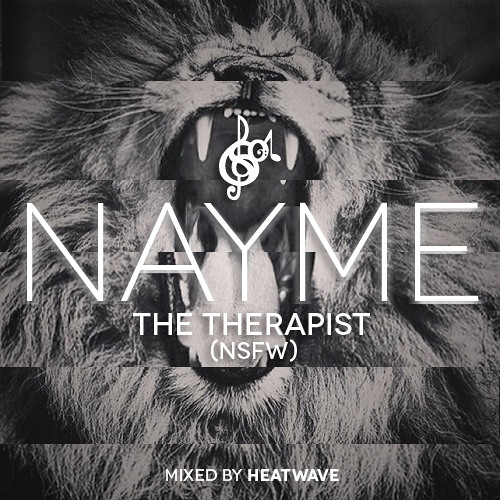 My name is my name. Today’s new music comes from Sons Of Liberty gunner The Therapist. Titled “Nayme“, we hear Therapist taking over The Fugees’ classic “Ready or Not” beat and dropping crazy lyrics about why his team is the one to look out for and making sure you know his name and the name of his gang. Nice mix of singing and rapping and not using the generic flow and song structure whenever “Ready or Not” is used. You better remember the name. Check out the song below and share your thoughts in the comments section.

END_OF_DOCUMENT_TOKEN_TO_BE_REPLACED

Featuring 11 tracks and top production is the debut effort from Sons Of Liberty member Miguel James. Titled “Elite“, we hear the rapper dropping dope lyrics over tracks which includes his single “K.O.B.E.“, he shows that SOL members are elite rappers, even when separate. Featuring verses from Tristan, King Biggs and The Rush, check out the mixtape below and share your thoughts in the comments section.