Break the chains and kick down the gates, it’s Emancipation Sunday on Oldies Sunday! Parts of the Caribbean recognize August 1 (and August 2 on weekdays if the 1st is on a weekend) as Emancipation Day. It’s a day that commemorates the abolition of slavery, but we’re still fighting against many other forms of depression around the world. Today’s Oldies Sunday selection comes from the great Tappa Zukie with his track, “Freedom“.

Produced by Tappa Zukie and released through the KLIK Label in 1976. “Freedom” finds Tappa Zukie calling for the liberation of black people who have been held captive for centuries. He flexes a mix of singing and toasting inna dub style on the track, and he can be heard saying “freedom a wha di natty dread want…” throughout. The song came around the time when black consciousness was at an all time high, and it makes its mark an important song of the times, with messages that are still relevant today. “Freedom” was included on Zukie’s 1976 album, “MPLA“. As we recognize an important day, may we still fight to break the new chains of oppression.

END_OF_DOCUMENT_TOKEN_TO_BE_REPLACED

Prison is not a bed of roses, many are in the system unfairly as well. Today’s new music comes from YVP artist Jahmiel. Titled “Freedom (It Will Be Ok)” and produced by Dunwell Productions, Jahmiel speaks about the experiences of someone who is locked up. He speaks about the day to day life, missing his family and all that comes with it, and also telling those who have friends and family that are incarcerated that it will be ok and freedom will come. Keep your heads up Vybz Kartel and Shawn Storm. Check out the song below and share your thoughts in the comments section.

END_OF_DOCUMENT_TOKEN_TO_BE_REPLACED 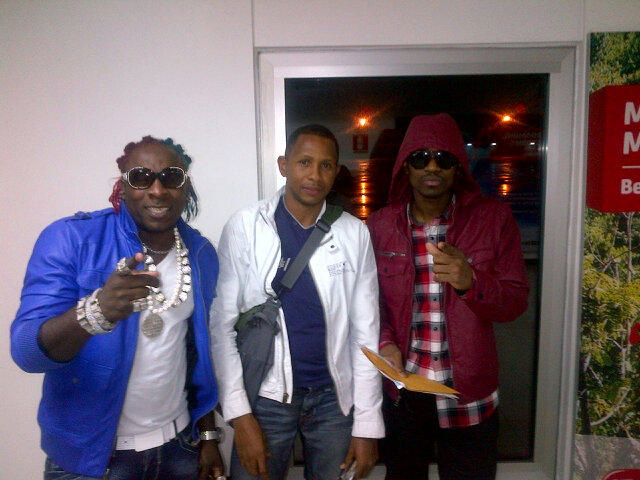 The Dancehall fraternity welcomes back Deejay Busy Signal after serving a short prison sentence. Many fans felt they would never hear their beloved artist again just as another artist has yet to see freedom from his current detention. In this post I will put out a few of his biggest hits, check them out and share your thoughts in the comments section.

END_OF_DOCUMENT_TOKEN_TO_BE_REPLACED

“One world, one people…” are the first few words you hear out of the new single from Gyptian and Xyclone. Titled “Free” and distributed through RSQTHP Music Group, both artistes display enjoying their freedom whilst demanding the freedom of fellow peers. Not a bad riddim, a bit of autotune, but sounds incomplete on the mixing part. Nonetheless it’s still a good song and good to hear Gyptian on new releases too. As a part of Survivor Slim’s “Jerusalem” compilation album, listen and download the song below and share your feedback in the comments section.