For those who love the drama, your screens come alive as the popular VH1 series “Love & Hip Hop” returns with another season. This time around, they reunite some of the original cast members in a series called, “Family Reunion“. Featuring some of your favourites from Atlanta, Miami, New York, and Los Angeles, viewers will be tuning in for a lot of fights, outbursts, tears, and laughs while the cast members bring it during their stay in Jamaica. For the show’s new trailer, Dancehall/Reggae Artist Koffee makes an appearance through song.

In the trailer for “Love & Hip Hop: Family Reunion“, Koffee’s hit single, “Toast” was featured. Produced by Izy Beats and released in 2018, “Toast” is Koffee’s most successful single with over 200 Million plays on Youtube, and Millions of streams on all your favorite platforms. “Toast” was featured in the Film “US“, and a few Commercials over the years, and remains Koffee’s signature tune. Get ready for “Love & Hip Hop: Family Reunion” come November 28 on VH1!

END_OF_DOCUMENT_TOKEN_TO_BE_REPLACED The blessings continue to flow for Koffee. When “Toast” was released in 2018, no one could predict how quickly her career would take off. A major label signing, an EP release, millions of streams, major placements and bookings, and a Grammy later, Koffee is still reigning supreme. Recently, LIFEWTR (a subsidiary of Beverage giant Pepsico), released a new commercial promoting creativity, and how their product fuels it. Blasting throughout the Commercial, is Koffee’s “Toast” can be heard for its soundtrack!

Produced by Izy Beats and Walshy Fire, the song features Koffee giving thanks for her many blessings, and leaving listeners with the catchphrase, “Gratitude Is A Must“. Since the recording’s release, it has been featured in the soundtrack for Jordan Peele’s “US” (details on that here), being a repeat listen for many of your faves (including Barack and Michelle Obama, and Jay Z), and its music video crossing the 100 Million plays mark. Big up Koffee, and get you some LIFEWTR!

END_OF_DOCUMENT_TOKEN_TO_BE_REPLACED

Some call him a “Remix God“, but Tory Lanez continues his run of remixes with the release of his latest mixtape, “International Fargo“! While folks are waiting for “Chixtape 5“, he holds over fans with this one. One track that stands out on this however is his remix of Jamaican Recording Artist on the rise, Koffee’s “Toast“! Produced by Walshy Fire and Izy Beats, Tory borrows the original and adds a few bars on it but left Koffee’s original parts on it. Tory also remixed the massively popular “Touchdown (Remix)” on his project which was originally done by UK Dancehall Artist Stylo G, Rapper Nicki Minaj, and Dancehall Icon Vybz Kartel, and dropped some lines on his remix to Dancehall/Afrobeats Artist Davido’s “Fall“.

With “Toast” cracking the 23 million mark on Youtube and showing up on Jordan Peele’s “US” movie, Koffee has a lot to give thanks for. We need a proper remix of “Toast” out here too featuring some of the established and upcoming names. “International Fargo” is out now, Koffee’s Rapture EP is out now, and you can check out the “Toast (Remix)” below. Show us some love/follow us on Twitter and Instagram at @13thStreetPromo.

END_OF_DOCUMENT_TOKEN_TO_BE_REPLACED 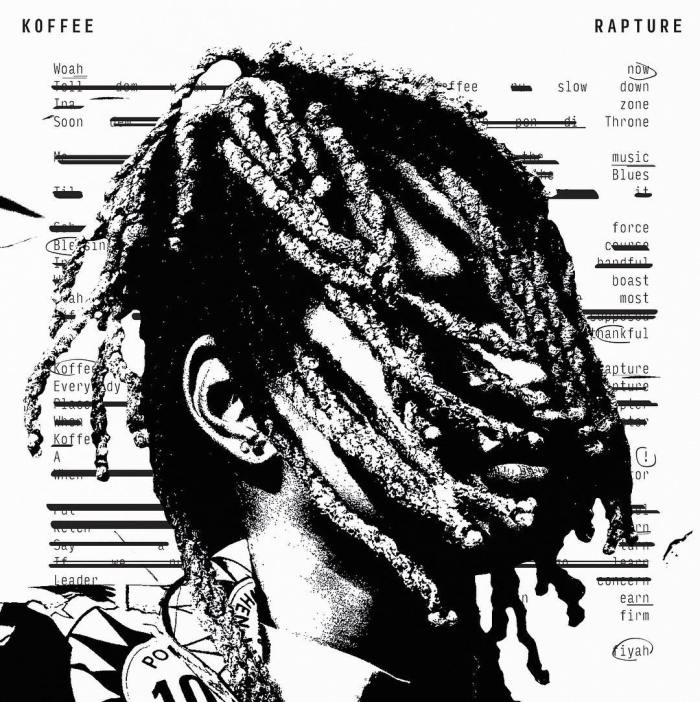 Recording Artist Koffee has been on a blazing trail in recent months, and today she adds a milestone as she releases her debut EP, “Rapture“! Featuring 5 tracks, she keeps it lyrical and fun as she brought on the hits along with a couple new tunes. With fellow Recording Artist Jane Macgizmo being her only feature and production by Izy Beats, Walshy Fire, Lasanna Harris, SOS Dynamikz, Teflon Zincfence, Sean Alaric, Echoslim, Nicko Rebel, and Frankie Productions, “you cyaa bawl inna life” with this lineup! This a great addition next to our previous report that her hit single “Toast” was featured in the upcoming Horror flick, “Us“! It’s time to press play so check out the EP below, and share with a friend. Show us some love/follow us on Twitter and Instagram at @13thStreetPromo.

END_OF_DOCUMENT_TOKEN_TO_BE_REPLACED 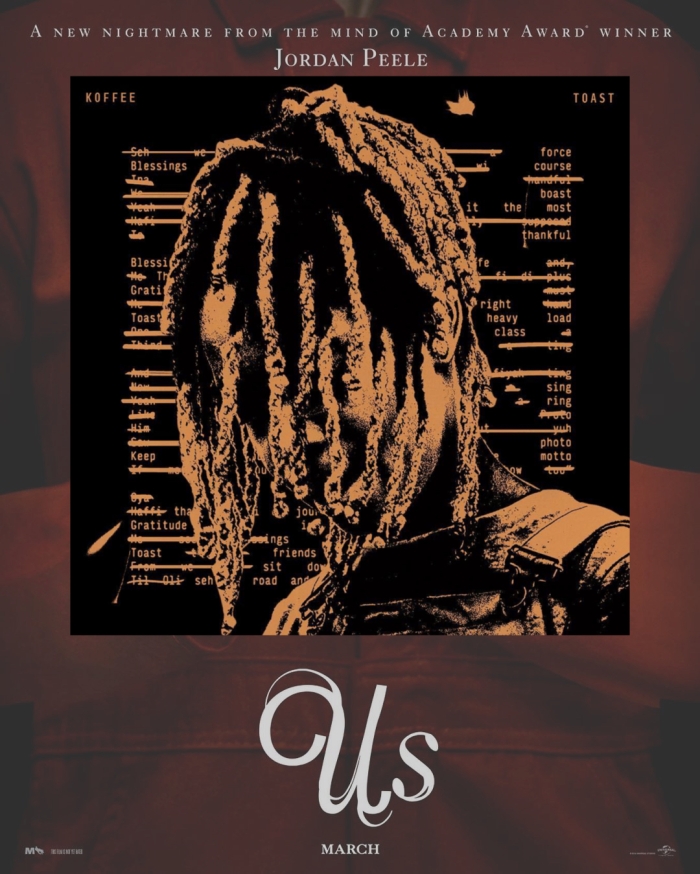 Recording Artist Koffee has a lot to be thankful for. With 2018 seeing her being the talk of the town with her smash hit “Toast” (racking up 16 million views on Youtube currently), signing to Columbia Records, touring the world and touching many with her music, her star has yet to shine its brightest. 2019 so far has seen Koffee making more moves, and this next move that we’ll share might see her standing out even more.

Moviegoers worldwide are anticipating the theatrical release of the Horror flick, “Us“. Directed by Comedian/Director Jordan Peele and starring Trinbagonian-American Actor Winston Duke and Kenyan-Mexican Actress Lupita Nyong’o, it has been the talk of Social Media as Peele’s previous film, “Get Out” was a huge success. Yesterday (March 11) at US based Conference and Festival South By Southwest (SXSW), moviegoers were treated to an early screening of the film, and fans of Reggae music were delighted to hear Koffee’s hit single as it has been included in a scene of the film. Produced by Izy Beats and Walshy Fire, the song finds Koffee giving thanks for her many blessings, and encouraging listeners to show gratitude. We featured it as one of our 2018 favourites, and we’ve seen it cross many seas and nations since its release, even scoring a “Song Of The Year” award at the recently held Jamaica Reggae Industry Awards (JaRIA). Koffee is currently gearing up to release her debut EP, “Rapture” on March 14 which also features “Raggamuffin” and “Throne“.

“Us” hits Theatres on March 22, but you can view the trailer below. Check out our post on Koffee’s “Toast” here, and share. Be sure to show us some love/follow us on Twitter and Instagram at @13thStreetPromo.

END_OF_DOCUMENT_TOKEN_TO_BE_REPLACED 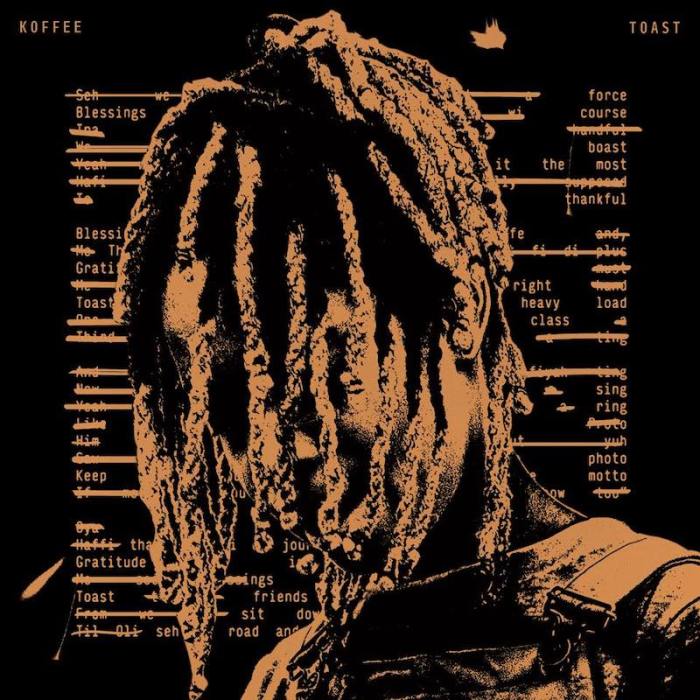 As 2018 comes to a close, we look back at a few songs that were favourites on the Blog for the year. While we can’t name EVERY one, we’ll give you 10 (in no particular order so hold off on the ego) to reminisce on, or get familiar with.

“Gratitude is a must” is something you say when Koffee’s “Toast” drops, and it’s also another entry in our “2018 Faves” list! A track that held you captive upon listening, this Walshy Fire and Izy Beats produced number is definitely a banger. Check out the track below, and share with a friend. Show us some love/follow us on Instagram at @13thStreetPromo.