DJ Khaled has finally released his new album, “God Did“. This marks Khaled’s 13th studio album, and it has plenty for the listener to consume. With some of your favourite Artists featured, you know Khaled had to check in with Jamaica for the album. After weeks of previews, he finally released the visual for his Jamaican collaboration titled, “These Streets Know My Name“!

Co-directed with Ivan Berrios, DJ Khaled brings together longtime friends Sizzla, Bounty Killa, Capleton, and Buju Banton, and introduces Dancehall Artist Skillibeng to the fold. Together, we get an exhibition of lyricism and that energy that only Jamaicans can deliver. With the veterans doing what they do best, Skillibeng holds his own, highlighting that the old school and new school can make something special. DJ Khaled’s inclusion of Jamaican Artists on his albums aren’t new, and some of the features have made multiple appearances. We’re curious to know who’s next on the list for Khaled’s next album.

END_OF_DOCUMENT_TOKEN_TO_BE_REPLACED 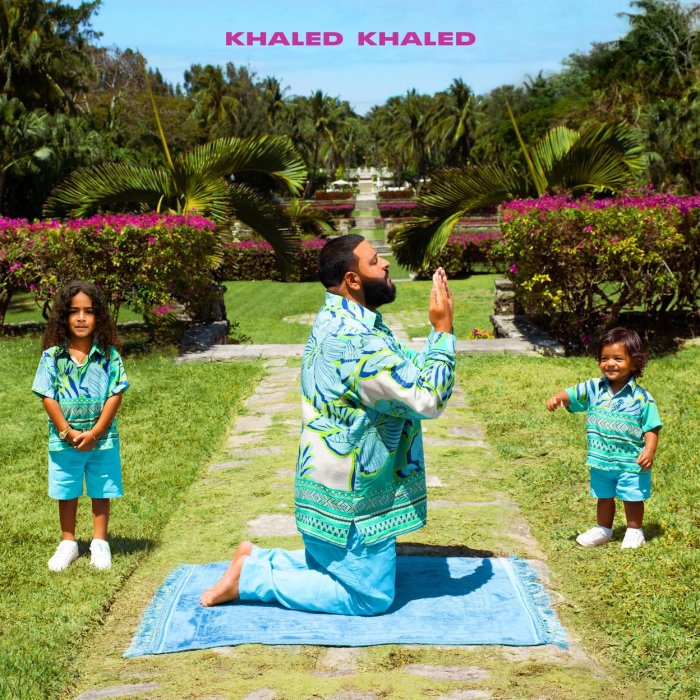 DJ Khaled returns with his much anticipated 12th album, “Khaled Khaled“. Featuring many collaborations, Khaled is ensuring that all his friends get equal shine, and he runs with the same formula as previous releases. Never one to leave out Jamaica, the Island that assisted in his career development, he adds some Dancehall flavour to the project. Known for bringing legends together, Khaled recruits Bounty Killa, Capleton, and Buju Banton for the album’s closer, “Where You Come From“!

Produced by the legendary The Runners and featuring a sample from another legend, Barrington Levy, Bounty Killa, Capleton, and Buju Banton showcase their timeless flows and lyrical abilities in what sounds like a Dancehall cypher. If you’re familiar with these Dancehall Giants’ careers, you know they’ll never flop when given the chance to represent. We expect to see a music video for this very soon. DJ Khaled’s “Khaled Khaled” album is now available on all digital music streaming platforms.

END_OF_DOCUMENT_TOKEN_TO_BE_REPLACED

DJ Khaled is back with a brand new album! Titled “Father of Asahd“, he finally got together all the surprise collaborations and anthems in one package to present to the world. If you’ve been following up with the DJ, you know he’s about his “Yaad man tings“, and with the release of his album comes Jamaican collaborations. One that kicks off the album is “Holy Mountain” which features Sizzla Kalonji, Mavado, and the “Gargamel” himself, Buju Banton! Recording Artist 070 Shake joins them for a solid opener filled with some proper delivery from the Artists over a sample of former Dancehall Child star, the late Billy Boyo with his hit “One Spliff A Day“.

While Buju joins Khaled on the closer “Holy Ground“, fans are treated to an anthem featuring some greats in Dancehall and Reggae. Big up Asahd the Executive Producer. Check out the track below, and share with a friend. Show us some love/follow us on Twitter and Instagram at @13thStreetPromo.

END_OF_DOCUMENT_TOKEN_TO_BE_REPLACED 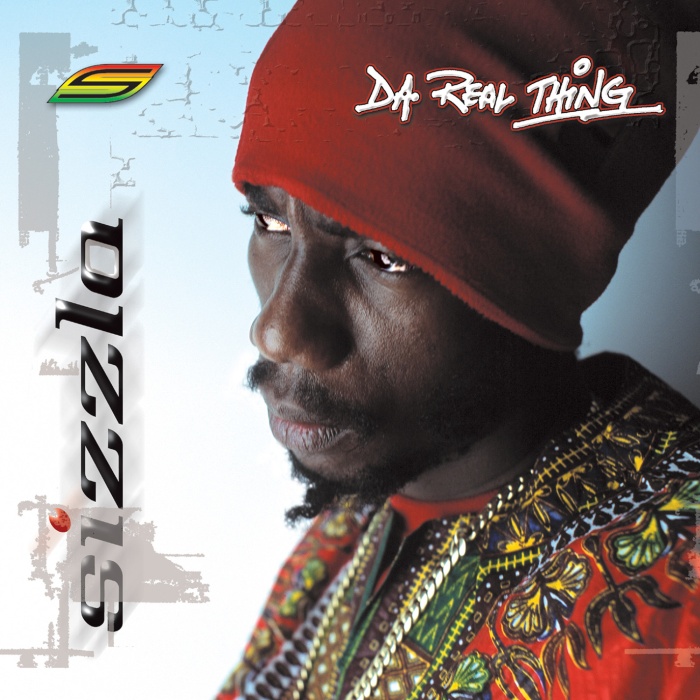 “Oh she cute eeh?” are the opening words to Reggae Artist Sizzla’s “Woman I Need You” single from his critically acclaimed 2002 album, “Da Real Thing (Get It Here)“. At the time, Sizzla was on a blazing trail thanks to his “One Of Those Days (Dry Cry) single, but today he has another high point in his career. Today marks the release of DJ Khaled’s 10th studio album, “Grateful“, and Sizzla is both featured and has his 2002 single sampled on the album. “Woman I Need You” was produced by Bobby “Digital” Dixon for Digital-B Records on the “Dem Gone Riddim“. The sample appears on the track, “It’s Secured” which features Rapper/Producer Travis Scott, and Hip Hop Icon Nas, and produced by DJ Khaled, Cool & Dre, and 808-Ray. This marks the second time the track has been sampled as it first appeared on Rapper Cam’Ron’s 2004 “More Gangsta Music” which featured fellow Rapper Juelz Santana. Digital-B Records has been a part of many successful singles from the likes of Shabba Ranks, Coco Tea, Morgan Heritage, his son Giark, the late Garnet Silk, and was the Producer of Sizzla’s “Black Woman and Child” album. DJ Khaled’s “Grateful” album also features Dancehall Artist Mavado with production from Jamaican Producer Troyton. The album is now available on iTunes, and all streaming services. Check out the tracks below.

END_OF_DOCUMENT_TOKEN_TO_BE_REPLACED

DJ Khaled is at it again! Having released his new album, “Grateful“, he has a lot of work to flood the streets. Today, along with the album, he unleashed the visual for “I’m So Grateful (Intro)“. Directed by Ivan Berrios, we get treated to a lot of crisp visuals, wonderful vocals from Sizzla Kalonji, and an appearance from baby Asahd Khaled. We have a lot to be grateful for, so let this video kickstart that expression of gratitude today! Great to see Khaled connecting with Reggae and Dancehall Artists as they’ve been a part of his DJ career from day one. The album also features Dancehall Artist Mavado. “Grateful” is now available on iTunes. Check out the video below!

END_OF_DOCUMENT_TOKEN_TO_BE_REPLACED 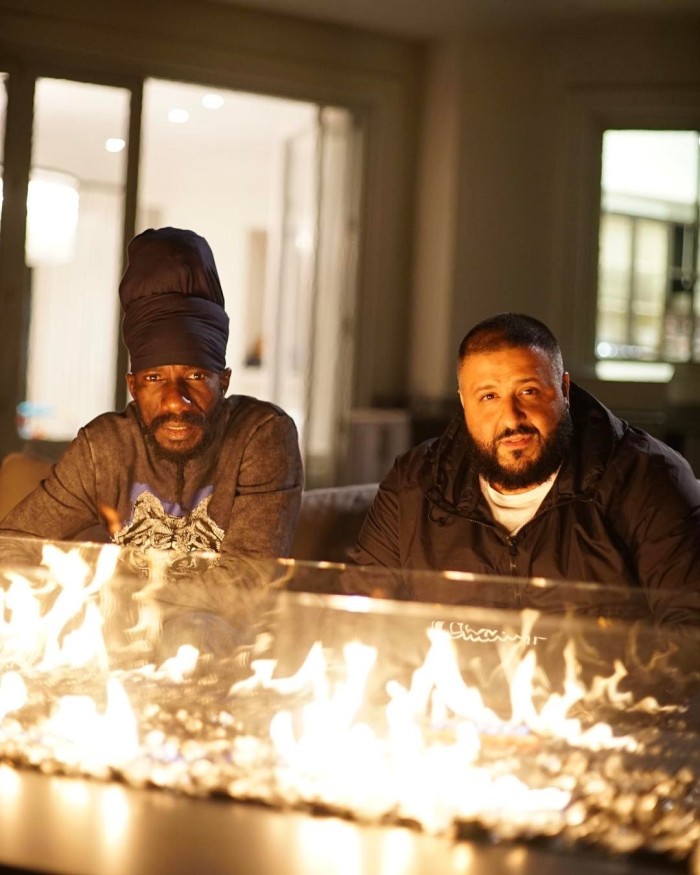 Recently, a few pictures made its way onto the Internet hinting DJ Khaled’s upcoming collaboration with Reggae Legend, Sizzla Kalonji! With it possibly appearing on the DJ’s forthcoming “Grateful” Album, fans were overjoyed as Khaled has shown love to the Artist via his various Social Media outlets. While it’s no strange thing here, Sizzla has been a go to collaborator for years in Hip Hop along with a couple of his fellow peers, Junior Reid and Barrington Levy. He also enjoyed his share of hit songs being sampled in many Rap singles. Sizzla was also a signee of Rap Mogul Dame Dash’s now defunct “Dame Dash Music Group”. Below we feature 5 of Sizzla’s Hip Hop collaborations.