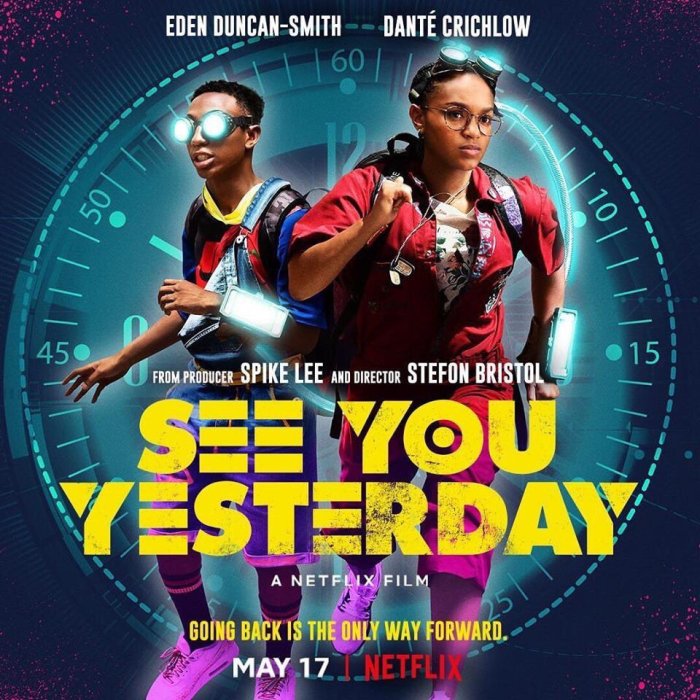 Have you been watching any films lately? If so, have you seen the new Netflix movie, “See You Yesterday“? Directed by Stefon Bristol and produced by Spike Lee, the movie finds two best friends, CJ and Sebastian, (Eden Duncan-Smith and Dante Crichlow respectively) building Time Machines in an effort to reverse the unjustly death of CJ’s brother. While the Film aims to give you a lil Sci Fi fun, you might hear some familiar music in it. As a part of the Film’s soundtrack, the late Tenor Saw’s 1985 hit, “Ring The Alarm“, and Dawn Penn’s 1994 hit, “You Don’t Love Me (No No No)” were featured! “Ring The Alarm” was featured on the “Stalag Riddim” and released through Winston Riley’s Techniques label while “You Don’t Love Me” was a Dancehall remake of Dawn Penn’s 1967 single.

The soundtrack choices wouldn’t be the first time a Spike Lee production featured Caribbean music as his Netflix series “She’s Gotta Have It” featured Dancehall, Reggae, and Soca music (more on that here). “See You Yesterday” is now playing on Netflix, but you can check out the Trailer below and share with a friend. Show us some love/follow us on Twitter and Instagram at @13thStreetPromo.

END_OF_DOCUMENT_TOKEN_TO_BE_REPLACED

In recognition of May being “Child’s Month“, Oldies Sunday will be highlighting a few child stars who made some noise in music. Today we go back to the 80’s with Recording Artist Little Kirk and his cover of the Tina Turner classic, “What’s Love Got To Do“! Produced by Winston Riley on the Stalag Riddim, this was released in 1984 and featured on the LP, “Original Stalag 17, 18, & 19“. Having gotten his start through the Sound systems in his early teens, Little Kirk could be found covering popular tracks with a dose of his distinct sound and delivery.

Since the release of “What’s Love Got To Do”, Little Kirk has went on to release numerous singles and albums, and became one of the main voices at the Patrick Roberts owned “Shocking Vibes” label along with his younger brother, Beenie Man. In recent years however, he has switched to releasing Gospel Music but still performs many of his previous singles when he’s on tour.

END_OF_DOCUMENT_TOKEN_TO_BE_REPLACED

Jamaica, land of beauty! There is something really special about the Island known as “The Land of Wood & Water“, and no matter what’s going on, many are proud to call it home. Today, Recording Artist Raine Seville joins her 7 year old Daughter Layla-Rei in a patriotic new single, “Big Up Jamaica“. Produced by Seville Records and Tekktroniic Muziq and sampling the infamous “Stalag Riddim” (originally by Winston Riley), Layla-Rei lets us in on what makes Jamaica so unique while Mama Raine provides backup. From our unique culture, sights, music, to names who have represented us on the world stage, you won’t regret knowing and experiencing JamRock! Word is a music video for this is dropping on Independence Day (August 6), but you can stream the single in the meantime on Apple Music, Spotify, and Tidal. Can you name other Jamaican Mother/Daughter duos? We love this! Check out the track, and show us some love on Instagram at @13thStreetPromo.

END_OF_DOCUMENT_TOKEN_TO_BE_REPLACED 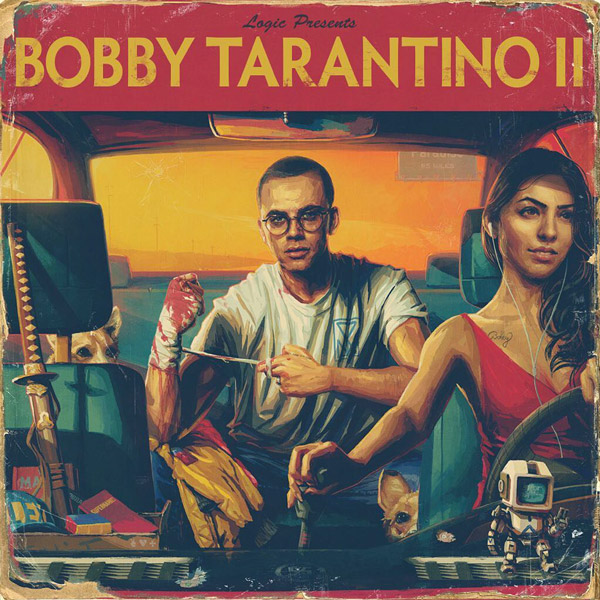 Are there any Logic fans here? Known for dropping stand out lyrics in the modern era of Hip Hop, he continues to expand his brand with the release of his latest Mixtape, “Bobby Tarantino 2“. Comprised of 13 tracks, he tackles various issues, brings along some of his friends, and makes listeners know he’s still sharp with the bars. Starting off track 11 however, listeners may hear some familiar vocals. Previously heard on Kanye West’s 2012 track “Mercy“, Dancehall/Reggae Artist Reggie Stepper’s “Cu Oonuh” was sampled on the Big Sean featured, “Wassup“! “Cu Oonuh” was produced by the late Winton Riley on the Stalag Riddim, and released on the Techniques label in 1993. “Wassup”, which was produced by 6ix, borrows the legendary intro of the track which was done by Fuzzy Jones. “Cu Oonuh” was also sampled on Lil Wayne and Drake’s “Believe Me“, and The Roots’ “Push Up Ya Lighter“. Logic is no stranger to performing on Dancehall/Reggae samples as Barrington Levy’s “The Vibes Is Right” was sampled on his 2016 track, “44 Bars“.

Logic’s “Bobby Tarantino 2” is now available on all major streaming services. Hear the tracks below.

END_OF_DOCUMENT_TOKEN_TO_BE_REPLACED

In recognition of the recent Reebok Skyscape commercial, I present to you the song that was used in it from Dancehall artist, Sister Nancy. Titled “Bam Bam” and produced by the late Winston Riley for Techniques Records on the “Stalag Riddim” in 1982, Nancy speaks about being an ambitious woman, her lyrical prowess that will “nice up” Jamaica, growing up in Princeton 6, and being a very unique person along her infectious chorus “What a Bam Bam…“. “Bam Bam” was a single on Sister Nancy’s debut album, “One,Two” which was released in 1982 by Techniques Records. Sister Nancy is regarded as the first female Dancehall artist and the first female deejay to tour internationally. “Bam Bam” is her most famous single and borrows a little from Toots And The Maytals’ 1966 hit “What A Bam Bam“.