Montego Bay based DJ Jer keeps the crowd moving with his selections, but his remixes are something special. By now you should be familiar with Drake’s new “Scorpion” album, and his track “In My Feelings“. While the track has sparked a trending “In My Feelings Challenge“, Jer joins in on the fun with Dancehall Artist Vybz Kartel with a “In My Feelings” remix! Lifting Kartel’s “Do It” track, we get a dose of what the “World Boss” would sound like on a Drake track. Imagine if Kartel made it to Drake single. Keke, do you love Addi? Check out the track below, and show us some love on Instagram at @13thStreetPromo.

END_OF_DOCUMENT_TOKEN_TO_BE_REPLACED 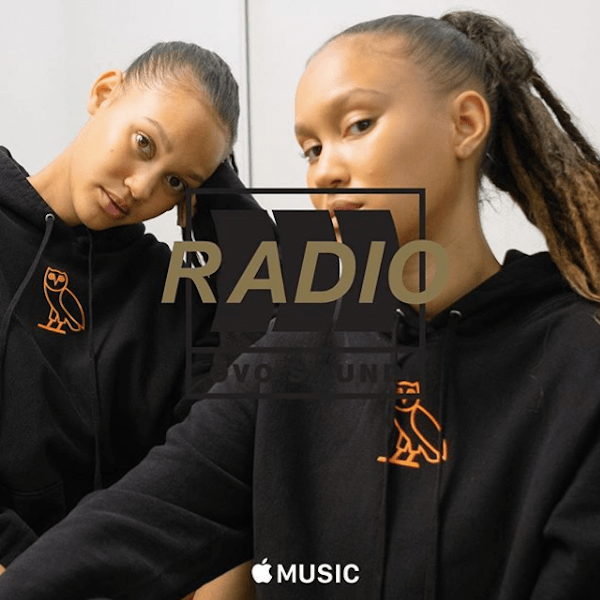 It’s the final day of the Independence Weekend, have you had any fun yet? No? Then start a lil party in your residence with Chromatic! The DJ Collective recently made an appearance on OVO Sound Radio 49, and made sure the Caribbean was in the house! With cuts and Dubplates from the likes of Chronixx, Charly Black, LinkyFirst, Popcaan, Baker Steez, Ultimate Rejects, Aidonia, Vybz Kartel, and a mix of Dancehall, Soca and Reggae, something would be wrong with you if you weren’t entertained! From the 876 to the 6, play this at a high volume. OVO Sound Radio is a feature on Apple Music’s Beats 1 Radio Station. Have a listen below.

END_OF_DOCUMENT_TOKEN_TO_BE_REPLACED

After months of waiting and a couple tracks to hold us over, Recording Artist Alexx A-Game finally delivers his latest project titled, “Real ‘N’ True: Vol. 1“. Featuring 9 tracks, A-Game flexes his musical muscle here as he tackle various Riddims but still gives us the thought provoking bars and the right vibes. With Production from Vern Hill, YogiDaProducer, Elite Generation Records, Demar Gayle, Dwayne Morris (Cahban Records), Soundcheque Productions and 808 Charmer, Alexx even gets to remix Drake’s “Controlla“, and goes back into time on the “Bug Riddim“. No more talking, time to listen to some new A-Game! Listen below and share your thoughts in the comments section.

END_OF_DOCUMENT_TOKEN_TO_BE_REPLACED

DJ Vee is no stranger to 13th Street Promotions as he has featured a few of his Mixtapes here over the years. For those who aren’t familiar with him, it’s time to meet him on his “The Intro Mixtape“! Today he delivers an hour of high energy Dancehall, Hip Hop, and Pop singles for your personal party. Rock to hits from Popcaan, Justin Bieber, Drake, Rihanna, and many more! If you’re trying to build a vibe today and can’t seem to achieve it, let Vee’s Mixtape pump up your day, and cause a ruckus in the Neighbourhood at high volume! Hosted by Jellybads, tune in now by checking out the mix below and share your thoughts in the comments section.

END_OF_DOCUMENT_TOKEN_TO_BE_REPLACED

As Summer approaches its winding down, REM SZN is still in full effect as DJ JoshEra delivers his “Well Rapid Mixtape“! Bringing the Party to your phones, computers and speakers, Josh flips some of your favourite tunes that’ll cause multiple gun finger salutes, pull ups, and slaps of approval on concrete, tables and zinc fences. We’ve recently Interviewed the young DJ so get familiar with him and his REM Entertainment/REM Living Dream movement. For now, blast this mix at high volume, disturb the Neighbours, and share your thoughts in the comments section.

END_OF_DOCUMENT_TOKEN_TO_BE_REPLACED

Over the weekend, the “Unruly Boss” Popcaan made a guest appearance on Drake’s “OVO Sound Radio“. The nearly 3 hour long Programme also featured two sets from host Oliver El-Khatib as he mixed new music from popular and emerging Artists in Hip Hop. Popcaan’s Dancehall set however featured some of his old and new singles including “Ova Dweet“, “Unruly Prayer“, “World Cup“, “Fall In Love“, “Wicked Man Ting“, his collaborations including Aluna George’s “I’m In Control“, “Bad A Road” featuring Kiprich and Jah Son, the remix to Drake’s “Controlla“, Dosa Medicine’s “Badman“, and of course the now infamous “One Dance” Dubplate used at the recently held Red Bull Culture Clash. Listeners who were not fully familiar with Popcaan were treated to a crash course of sorts while fans raved as they heard their favourite Artist’s songs on the very popular show. While he celebrated another year on earth yesterday, what will the new year reveal for Poppy? Check out the guest mix below and share your thoughts in the comments section.