Before she makes her debut as a cast member of the new season of “Love & Hip Hop: Atlanta“, we want to introduce those who aren’t familiar to the music of Grace “Spice” Hamilton. Making the move to Spotify again, we compiled a 2+ hour playlist of some of her top hits over the years. While she made a couple cameo appearances before, Spice officially revealed that she was a cast member a couple weeks ago, and fans are eager to see what she’ll be up to. Dubbed “The Queen of the Dancehall Stage“, she has travelled far and wide to deliver her signature blend of Dancehall to the masses for quite some time. We paid tribute to her last year when she made her cameo appearances, but today we add music for those who need a crash course. Have a listen below, and do share with someone who isn’t familiar.
Follow us on Instagram at @13thStreetPromo!

END_OF_DOCUMENT_TOKEN_TO_BE_REPLACED 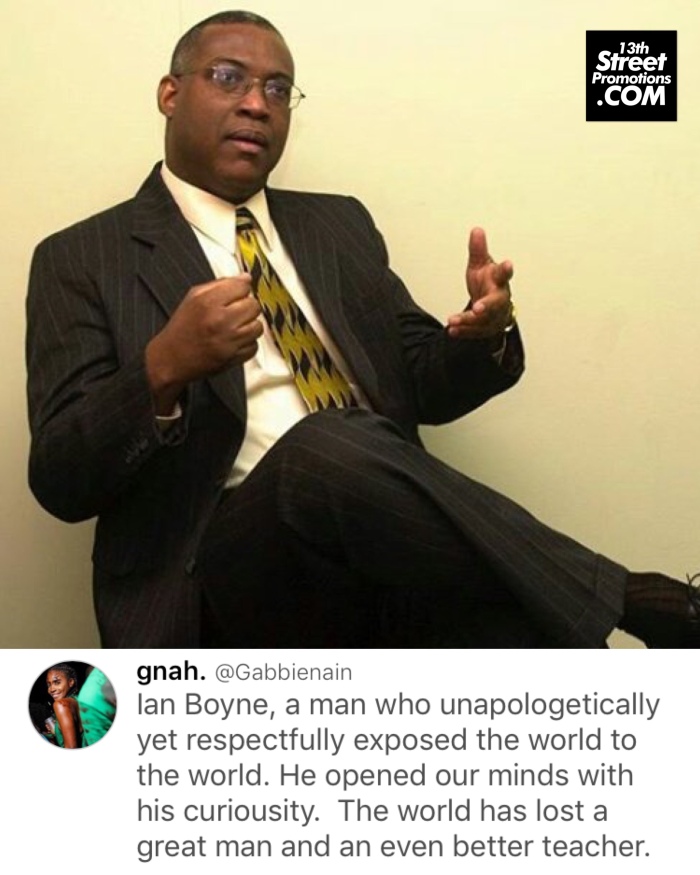 Monday December 18, was a sad day for many as news came of the passing of celebrated Journalist/Author/TV Host Ian Boyne. Tributes poured in and showed how loved and respected he was as he made contributions to not only Media, but his impact on the lives of everyone who has watched his work, had a conversation with him, or was even granted the opportunity to be interviewed by him on his various Programmes (Profile, Issues & Answers, Religious Hard Talk to name a few). One area where the tributes came in yesterday was from Social Media platform, Twitter. From colleagues to those who grew up on his work, they spoke on his influence on their lives, having aspirations to be interviewed on “Profile”, and even jokingly pictured him conducting “Profile” in Heaven. Check out some of the tributes below. WALK GOOD, Ian Boyne!

Lucifer: most people don't know is I'm angel
Ian: what! No! *laughs* you, an angel? Unbelievable!
Lucifer: yeah but then I fell
Ian: I'm dying to hear more about that. Come back after the break to hear more about this riches to rags story here on profile. #profileinheaven

END_OF_DOCUMENT_TOKEN_TO_BE_REPLACED

What do you know about Marcus? The Teacher, the Leader, the Philosopher, the Prophet, the 1st National Hero, the Journalist, and the Publisher? The Right Excellent, Marcus Mosiah Garvey has been an influence to many in various fields for generations with his ideas and teachings. Today marks his 130th Birthday, and we at 13th Street Promotions would like to highlight a few songs that paid tribute to this great man. A man of nobility!

END_OF_DOCUMENT_TOKEN_TO_BE_REPLACED

August 21, 1986 is the year Usain St. Leo Bolt arrived into the world and in August 2016, he became legendary at the 2016 Olympics in Rio De Janeiro in Brazil. While we’re sure Bolt is living it up on his birthday, let’s take a look at 9 (9 for his Record setting run of 9 straight Gold Medals a.k.a. “Triple-Triple“) tributes to the “Fastest Man Alive“.

END_OF_DOCUMENT_TOKEN_TO_BE_REPLACED

If you’re a listener of Dancehall Music, then you’ve heard the name “Shabba Ranks” before. One of the greatest Dancehall Artists that ever stepped on stage, we’ve called him “The Grammy Kid“, “Emperor Ranks“, and “Big Dutty Stinking Shabba” to name a few. As child he was one of the few Deejays I’ve looked up to, when he dropped music videos and stage performances I was glued to the TV screen despite my family complaining of how “slack” his music was. Today, on Oldies Sunday I present to you a few of his songs, and the singles that have sampled/paid tribute to him. What are your favourite Shabba Ranks singles? Let us know in the comments section. Let’s go!

END_OF_DOCUMENT_TOKEN_TO_BE_REPLACED 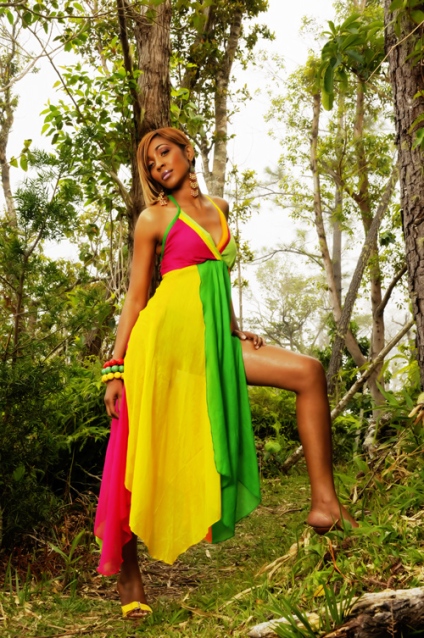 With Team Jamaica making historic moves in Beijing, China, Dancehall Artist D’Angel recorded a tribute to all the Athletes. Produced by Starrlite Music, D’Angel delivers a powerful tribute and calls on Jamaicans to celebrate these great young men and women. She also lists the things that make Jamaican Athletes so awesome on the track. If you have a flag, dutch pot cover, or a vuvuzela, make sure to wave, clap, and make noise for them regardless of the finishing results. Congrats to our Athletes. Check out the track below and share your thoughts in the comments section.